Webber led a processional but nail-bitingly close race, with the top three separated by less than a second at the finish, from pole position to chequered flag as the rain held off despite darkening skies and occasional drops. 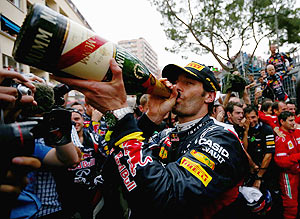 Germany's Nico Rosberg finished second, 0.6 seconds behind Webber, with Ferrari's Fernando Alonso third and a further 0.3 adrift to go three points clear at the top of the overall championship standings.

It was Webber's first win since Brazil at the end of last season, the eighth of his career and Red Bull's third in a row around the metal-fenced streets and crowded harbourside of the millionaires' playground.

There remained a question mark over the result, however, with talk sweeping the paddock ahead of the race of a possible protest by rival teams questioning the legality of his Red Bull's floor.

The top five were split by just 4.1 seconds, running nose-to-tail through the hairpin, with Webber's team mate and double world champion Sebastian Vettel fourth ahead of McLaren's Lewis Hamilton.

Alonso has 76 points with Vettel and Webber both on 73.

A downpour would have shaken up proceedings in the Mediterranean principality and without it there was precious little overtaking or incident with 15 of the 24 starters finishing what was for most a one-stop race.

Vettel, last year's winner, had moved up from ninth place at the start by completing 46 laps on his first set of tyres.

Hamilton dropped from third on the grid to finish fifth, losing his two places in the pits thanks to a stop that was six tenths of a second slower than those of Vettel and Alonso.

Ferrari's Felipe Massa finished sixth, a big relief for the under-pressure Brazilian who had scored just two points from the first five races.

Frenchman Romain Grosjean was the big loser at the start, lining up in fourth place but crashing out at the first corner with a broken suspension after tangling with the Mercedes of Michael Schumacher.

Schumacher, who had set the fastest time in Saturday's qualifying but was denied a first pole since 2006 due to a five place grid penalty carried over from Spain, retired in the pits after 64 laps.

Venezuelan Pastor Maldonado, heroic winner of the previous race in Spain, also crashed out on the opening lap after starting in last place for Williams thanks to two separate penalties.

© Copyright 2021 Reuters Limited. All rights reserved. Republication or redistribution of Reuters content, including by framing or similar means, is expressly prohibited without the prior written consent of Reuters. Reuters shall not be liable for any errors or delays in the content, or for any actions taken in reliance thereon.
Related News: Mark Webber, Sebastian Vettel, Fernando Alonso, Red Bull, Michael Schumacher
SHARE THIS STORYCOMMENT
Print this article 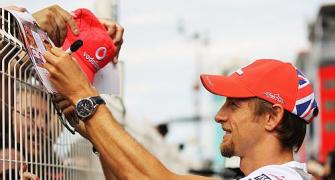 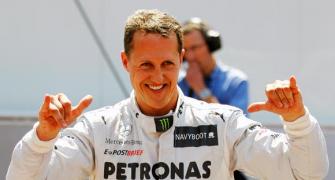 Schumacher shows he still has what it takes
Spanish GP: Hamilton penalty puts Maldonado on pole 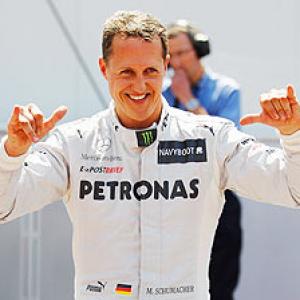