Niki Lauda expects departing Mercedes team principal Ross Brawn to return to Formula One in some capacity once he has gone fishing and taken time out.

Triple world champion Lauda, who is non-executive director of the British-based team, said he had tried hard to convince the 59-year-old to stay in charge but would keep in close contact with him anyway.

Brawn, one of the most experienced and successful figures in the sport, and Mercedes announced last week that he would be leaving at the end of the year, handing over his role to executive directors Toto Wolff and Paddy Lowe.

"I'm very sad about it because I wanted him to stay another year," Austrian Lauda told reporters before the Autosport Awards ceremony on Sunday night.

"But he says he wants to go fishing. So I really tried hard but he stays a consultant to me which I think is very good and important.

"He says he wants a rest. So it's very simple. I think he will not go in pension (retirement), this is clear. I think he will come back, I don't know with the (governing) FIA or whatever he likes to do," added Lauda.

Lauda, who attended a presentation to announce a new partnership with motorsports marketing agency JMI and was later handed a lifetime achievement award at the Autosport event, said Brawn would be involved in the handover. 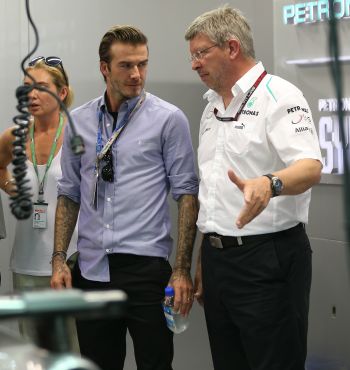 Lauda, whose epic 1976 championship duel was turned into the movie 'Rush' and released this year, was typically blunt about the challenge ahead.

"Now Toto Wolff and Paddy Lowe, and Paddy especially on the technical side, has to fill this big hole he (Brawn) has left," he said, adding that Brawn would help him get Lowe fully up to speed in his new role.

"Don't worry, I am going to kick them like you do not believe... and hopefully we can keep on going," he laughed.

Mercedes finished second overall this year, up from fifth in 2012, with both Germany's Nico Rosberg and 2008 champion Lewis Hamilton winning races.

Lauda shone more light on the behind the scenes manoeuvring to prise Hamilton away from McLaren at the end of last season, with secret talks scheduled for the early hours before the Singapore night race.

"I remember very well the discussion because he was on pole position with McLaren, was basically winning everything and I asked him 'Would you consider going over to Mercedes?.' And he said 'Why should I go. This car is winning, all I want to do is win, and your car is not winning'.

Lauda's response was to tell Hamilton that if he stayed with McLaren, the team that had supported him since he was a youngster, he would always be former boss Ron Dennis's baby.

"But if you make the Mercedes win after (Michael) Schumacher, you might be a bigger legend than anybody else. He woke up and said 'Let's talk about it'. So this really was the catch for him."

The next day Hamilton was heading for victory in the race.

Lauda feared a victory and intense pressure from McLaren and Dennis, the boss for whom he had won his own third title in 1984, might sway Hamilton's mind again.

"I was sitting in front of the television and said 'Please crash. Please retire'. I was sitting and waiting for this and Bingo! Gearbox gone. I went to see him (Hamilton) right after." 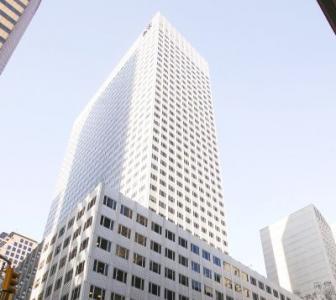 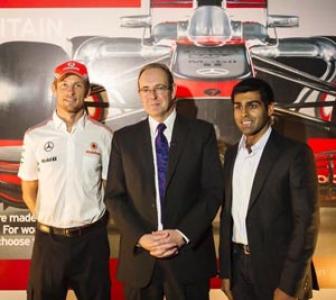 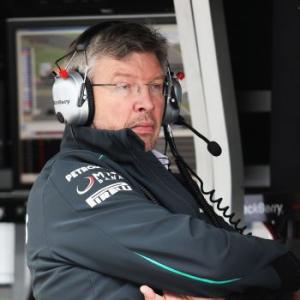