Formula One's governing body blamed commercial supremo Bernie Ecclestone for a furore over the reinstatement of the Bahrain Grand Prix on Thursday and paved the way for the race to be axed again.

Teams, whose unanimous written agreement is required for any change to the schedule, have ruled out going to Bahrain on October 30 or competing in December -- effectively ending any chance of that race happening this year.

In a letter to the Formula One teams body FOTA, International Automobile Federation (FIA) president Jean Todt recognised their concerns and made clear that Ecclestone was responsible for setting the calendar and submitting it.

He suggested Ecclestone submit a fresh calendar to satisfy the teams.

"It is the responsibility of the commercial rights holder to perform all necessary prior due diligence in order to secure his calendar proposal to the World Motor Sport Council," said the Frenchman.

Todt pointed out that Bahrain had been on the agenda since March 8 and that the delegate of the Formula One commission, representing all the teams, had approved the date changes at the meeting in Barcelona.

He said however that the FIA is always prepared to address any issues, however difficult, in a constructive manner.

"I have listened to your last-minute objections and have asked the commercial rights holder to re-examine his calendar proposal, and if necessary, to resubmit a revised proposal to the (FIA) world council.

"I hope that a solution satisfactory for everybody can be promptly reached, in the interest of the sport and all the stakeholders," he concluded.

The FIA also published a letter from FOTA to the FIA setting out the teams' case and describing the revamped calendar approved last week as 'unrealistic'.

They demanded that the inaugural Indian Grand Prix keep its original October 30 date for logistical reasons.

"While we support the idea of racing in Bahrain...once the security conditions have been fully re-established, we feel that there are fundamental issues linked to the logistics of reintroducing such a race as proposed that have to be considered," the FOTA letter said.

"We have also been warned that insurance coverage could not be necessarily granted and this is an additional cause of concern for us."

The reinstatement of the Bahrain Grand Prix, originally scheduled as the March season-opener, has been highly controversial after bloody unrest and a crackdown on anti-government protesters in the Gulf kingdom.

"It's not about whether the (Bahrain) race goes ahead, it's about whether we change the calendar at this stage of the season and that's what we've written about it," Williams chairman Adam Parr had told Reuters on Wednesday.

"The issue that we're concerned about is that fans, sponsors, teams, have made logistic arrangements to be in India for a particular weekend, the 30th of October, and we've been presented with a calendar where it's on December 11.

"How do you say to people who have booked a two-week holiday in India to take in the Grand Prix, 'sorry you'll be in India but we won't.'

"We've explained our position...and there's nothing more to talk about. It's just too late to change it," said Parr, speaking ahead of Sunday's Canadian Grand Prix.

Despite the continuing debate, the FIA still issued a revised calendar on Thursday with India listed as December 11 and Bahrain on October 30.

One source at the governing body said the latest calendar appeared to be simply "the FIA bureaucracy going through the motions" pending another vote on the matter. 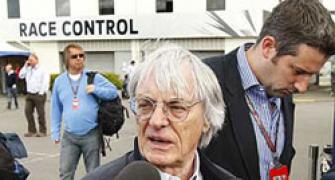 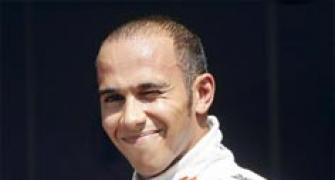 FIA defends decision to go ahead with Bahrain GP