South Africa's all-time leading scorer Benni McCarthy was one of five players cut from the World Cup hosts' squad on Tuesday as coach Carlos Alberto Parreira settled on his 23 players for the June 11-July tournament.

Parreira sympathised with the players cut from the squad and thanked them for their commitment.

"My heart bleeds for them," he told a news conference in Johannesburg.

"Put your heads up. Life goes on. We are only allowed to take 23 but thank you very much for your efforts, your attitude and commitment. A team is when somebody shares the same vision, whether you are playing or on the bench."

McCarthy's omission effectively brings down the curtain on a turbulent international career in which he won 79 caps and netted a record 31 goals.

McCarthy played at the 1998 and 2002 World Cup finals but had a stormy relationship with the national side, twice retiring from international football when it conflicted with his club career in Europe, making him a deeply divisive figure in South Africa.

A recent knee injury saw McCarthy play little for English club side West Ham this year and he was criticised when he joined up with the preliminary World Cup squad for being overweight and out of condition.

© Copyright 2020 Reuters Limited. All rights reserved. Republication or redistribution of Reuters content, including by framing or similar means, is expressly prohibited without the prior written consent of Reuters. Reuters shall not be liable for any errors or delays in the content, or for any actions taken in reliance thereon.
Related News: Benni McCarthy, Orlando Pirates, Mamelodi Sundowns, Carlos Alberto Parreira, Lamontville Golden Arrows
SHARE THIS STORYCOMMENT
Print this article 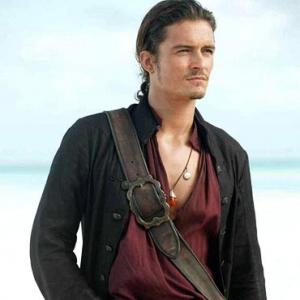 No Orlando Bloom in next Pirates of the Caribbean

Guess who will be the next James Bond?