Real and Barca made to work, delight for Inter

Real Madrid and Barcelona were made to work hard before grinding out wins in La Liga at the weekend while Inter Milan scored a surprise derby victory over AC Milan in Serie A.

Leaders Real Madrid and second-placed Barcelona ground out victories over Real Mallorca and Real Betis respectively and were far from convincing ahead of their King's Cup quarter-final first leg in the Spanish capital on Wednesday.

Jose Mourinho's side came from behind to overcome Mallorca 2-1 while Barca conceded their first home league goals of the season as they defeated Betis 4-2.

Playmaker Xavi, who became the first Barca player to reach 400 La Liga appearances, scored the opening goal and Lionel Messi netted twice (one a penalty) either side of an Alexis Sanchez strike. 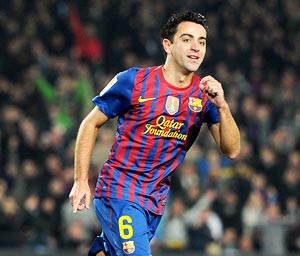 With just under half the season played Real have 46 points from 18 matches while Barca are on 41. Third-placed Valencia slipped seven points behind the Catalans when they lost 1-0 to Real Sociedad.

Diego Milito, struggling for form for most of this season, scored early in the second half to give Inter Milan a surprise 1-0 win over arch-rivals AC Milan in their Serie A derby on Sunday.

Milan, who began the weekend on the same points as Juventus, dropped to second place. They are now one point behind the leaders after the Turin side drew 1-1 at home to Cagliari.

Inter's sixth straight victory kept them in fifth spot, six points behind Juventus. Former Italy coach Roberto Donadoni made a winning start in charge of Parma as they beat Siena 3-1.

Paul Scholes scored United's opening goal in his first league match since coming out of retirement.

Third-placed Tottenham Hotspur missed the chance to keep pace with the Manchester clubs when they were held to a 1-1 home draw by Wolverhampton Wanderers.

Chelsea defeated Sunderland 1-0 to stay fourth while Arsenal's Champions League hopes suffered a blow when they were beaten 3-2 at Swansea City.

PSG, who have not won the league since 1994, have 43 points from 20 games. They lead Montpellier, 1-0 winners over Olympique Lyon, by three points.

France striker Olivier Giroud scored the only goal for Montpellier to take his tally to 14 this season.

Third-placed Lille's hopes of retaining their title suffered a blow when they were sunk by a Loic Remy double in a 2-0 defeat at Olympique Marseille.

Leaders Benfica drilled four goals past Vitoria Setubal at the Luz stadium to reach the halfway point of the season with 39 points from 15 matches.

Beanpole striker Oscar Cardozo claimed a double to take his league tally for the campaign to 11 goals but he was also sent off. Nolito and Nemanja Matic also netted in Benfica's 4-1 win.

Champions Porto, two points behind Benfica, kept up their chase thanks to 20-year-old Colombian James Rodriguez who scored both goals in a 2-0 home victory over Rio Ave.

© Copyright 2021 Reuters Limited. All rights reserved. Republication or redistribution of Reuters content, including by framing or similar means, is expressly prohibited without the prior written consent of Reuters. Reuters shall not be liable for any errors or delays in the content, or for any actions taken in reliance thereon.
Related News: Barca, PORTUGAL Leaders Benfica, Paris St Germain, Real Madrid, Inter Milan
COMMENT
Print this article
Serie A: Juve join Milan at the top
India eves beat Azerbaijan 3-0 in 1st hockey Test 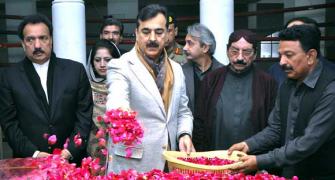 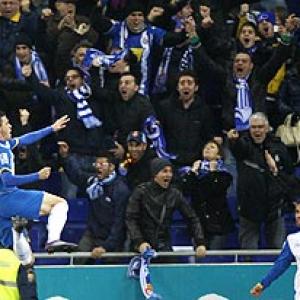 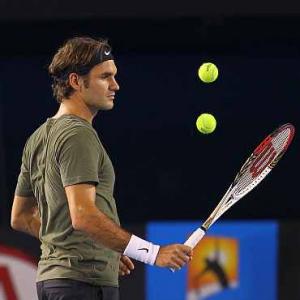 Back injury was a real concern, says Federer