A last-minute own goal gave Liverpool a 2-1 win over Tottenham Hotspur to keep them top of the Premier League but Manchester City stayed two points behind having won at Fulham. Huddersfield Town were relegated after their defeat by Crystal Palace.

The following are talking points from the weekend’s Premier League action:

THE SCOTSMAN MAKING THE DIFFERENCE IN TITLE RACE 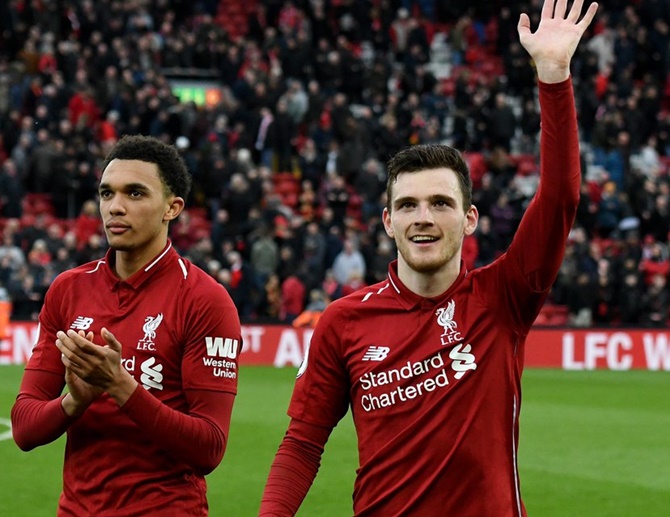 There is not much for Scottish football fans to be proud of at the moment - their national team’s 3-0 defeat by Kazakhstan in Euro 2020 qualifying being the latest sign of the country’s decline in the game.

But one thing Scots can point to is having the best left back in the Premier League.

It would be wrong to say that Liverpool’s Andy Robertson is an unsung hero in Juergen Klopp’s side, given the Kop regularly chants his name in appreciation, but if anyone needed further proof of his quality he provided it on Sunday.

He had a hand in both Liverpool goals. The first came directly from his perfectly curled cross which Roberto Firmino headed home. The late winner was a result of his alertness in retrieving the ball when instead of a hasty hoof into the box he fed Trent Alexander-Arnold.

But Robertson was also a constant threat down the left flank, limiting Tottenham fullback Kieran Trippier’s ability to get forward and providing that surge of attacking pace which is so vital to Liverpool’s effectiveness in transition.

Having cost an initial eight million pounds ($10.42 million) when he was signed in 2017 from relegated Hull City, Robertson is the bargain who has become one of the key elements in their title bid.

UNITED’S LABOURED WIN SHOWS SOLSKJAER WHAT HE IS MISSING

The wins keep on coming for now permanent manager Ole Gunnar Solskjaer but Manchester United’s sluggish performance in Saturday’s 2-1 win over Watford cannot just be written off as a typical post-international break display.

United’s midfield lacked defensive steel and creativity, especially with Paul Pogba having one of his, somewhat too frequent, off-days.

The Norwegian will be given cash to strengthen in the close season and adding an attacking playmaker and a younger alternative to Nemanja Matic in the holding midfield role should be priorities.

Cardiff City manager Neil Warnock was understandably furious after his relegation-threatened side were beaten 2-1 by Chelsea after leading until the 84th minute.

Chelsea’s Cesar Azpilicueta was clearly offside when he headed in the equaliser six minutes from the end.

Cardiff occupy the final relegation spot in 18th place and are five points behind Burnley, Southampton and Brighton & Hove Albion in the battle to avoid the drop.

The referee’s error effectively cost Warnock’s team three points but the irate Cardiff manager suggested smaller clubs might get some help from next season.

“Against the big teams you have to have VAR because you don’t get the big decisions,” he said.

The Yorkshire club defied the odds in reaching the Premier League and then did it again to stay up last season. This campaign though was one step too far for the team managed so well by German David Wagner and handed over to his compatriot Jan Siewert in January.

Huddersfield battled throughout but never had the quality needed in the final third and lacked any major threat up front as their 18 goals in 32 games highlights.

The Terriers will be missed though. They consistently delivered a great atmosphere at the John Smith’s Stadium and their popular chairman Dean Hoyle has ensured the community-based club are in good shape for life in the Championship and a possible return to the top flight in the near future.

WILL SPURS STADIUM LIVE UP TO THE HYPE?

Tottenham will finally play at their new home — estimated by British media to have cost up to one billion pounds — on Wednesday against Crystal Palace.

After test events, there have been rave reviews for the 62,062 capacity ‘Tottenham Hotspur Stadium’ but while there is no doubt the facilities are top class, what matters most is the atmosphere.

And that can only be truly tested when it is packed for a Premier League match, as it will be on Wednesday. 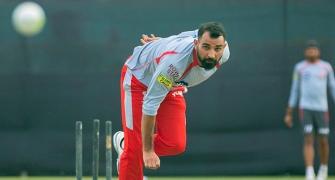