Indian golf has witnessed the dawn of a new era as more than Rs. 3.83 crores (around $700,000) spent in the auction for 24 players as the inaugural Pearl Golf Premier League was in Mumbai on Saturday.

As many as 24 players in three categories were auctioned at a glittering launch at Sahara Star Hotel in the presence of Bollywood actors Akshay Kumar and Vinod Khanna.

Akshay requested Khanna to sound the gong to signal the official launch of the inaugural Pearl Golf Premier League, which is being held in association with Aamby Valley City.

The golf auction in India was a historic first, as eight franchises bought three players each -- a fourth was added to each one of them on the basis of their spend in the auction -- to form their teams for the three-day event to be held at the Aamby Valley Golf course from February 7 to 10.

The 2005 US Open champion, New Zealand's Michael Campbell was picked by Shubhkamna Eagles for the highest figure of $61,000 (Rs 33.55 lakhs), while Indian internationals Shiv Kapur ($59,000) and Gaganjeet Bhullar ($58,000) were picked by Maharashtra 59ers and Witalsee Punjab Lancers respectively as the next in the pecking order.

Among Indian internationals Anirban Lahiri, who became the first player ever to go under the hammer, went to Shubhkamna Eagles for $52,000 and it set the trend for the evening.

"It was a very exciting day with the launch of the Pearls Golf Premier League by our own Brand Ambassador, Akshay Kumar, who is not only India's top film star, but a perfect example of fitness. It was heartening to see the kind of response we got at the launch event," said K K Bakshi, spokesperson Pearls.

"I have always followed and encouraged any kind of sport, be it kabaddi, cricket, football, wrestling and now golf. Istarted my life with martial arts and still support training for the sport and my father was a wrestler and now Pearls is coming into other sports including golf and I wish them all the best," said actor Akshay Kumar, also Brand Ambassador of Pearls Group.

"For me it is the slow and steady build-up to the dream that I have had for a franchise-based event in golf and now we are up and running. The launch and the auction have set the stage and now it is for us, the players, to add to the show," said Shiv Kapur, one of India's top professionals, and also the architect of the Pearls Golf Premier League. 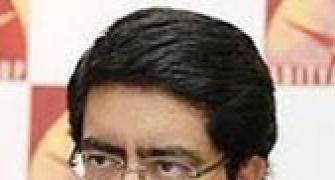 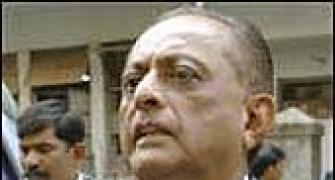 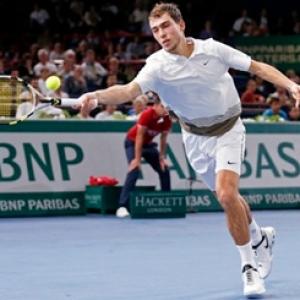