Having played for Barcelona, Real Madrid and Inter Milan, Luis Figo has among his achievements four La Liga titles, an equal number of Serie A triumphs and a Champions League winners' medal.

For Portugal's national side, he made a record 127 appearances, and led them to the Euro final in 2004.

In Mumbai to launch a business venture, the winner of the Ballon d'Or in 2000 and the FIFA World Player of 2001 discusses Messi, Barcelona, Real Madrid, Ronaldo, "his good friend" Mourinho... Bikash Mohapatra/Rediff.com listens. 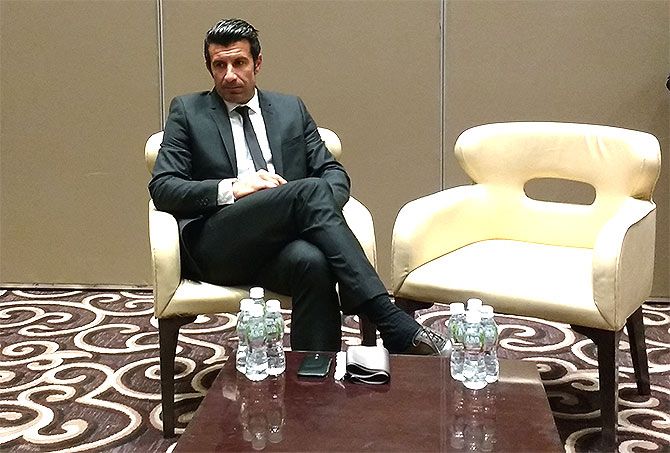 Why did you withdraw from the FIFA Presidential elections?

Nothing, really! Like I said in my press release at that time, I didn't think I had a chance to fight and win the elections in a democratic manner.

It wasn't that someone asked me to withdraw, but the time itself gave me the reason. Especially after the FIFA Congress I didn't feel like I had any chance. So I withdrew.

Now that (Sepp) Blatter is out, and (Gianni) Infantino is in, are you happy with the development?

I have my hopes. He (Infantino) is the person I support. He is one of the persons who helped me when I was a candidate.

Basically, we share the same ideas as regards what the organisation (FIFA) needs to get back respect that an organisation that runs global football ought to have. 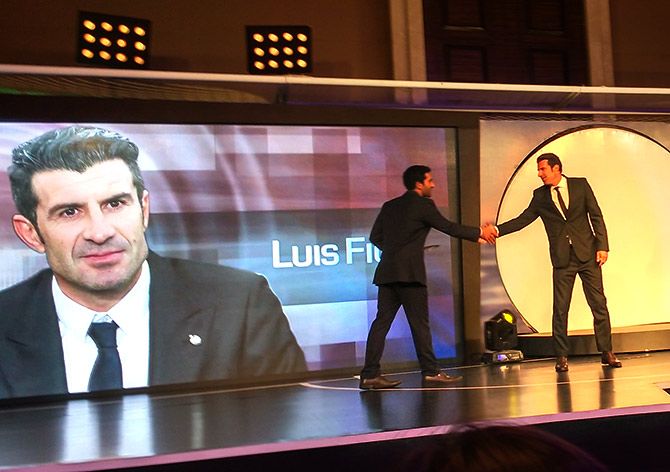 Your views on the Panama Papers?

I haven't read about it. But I happened to see CNN. I didn't see any names, but things in general, about FIFA and Chinese government officials.

I am not really clear about who is involved and what happened.

Lionel Messi and Michel Platini have been named...

(Interrupts) I cannot say anything about that.

They just need to investigate. When there is some clear news and proof about that we will talk. As they say, everyone is innocent until they are proven guilty.

Till anything is proved they can be given the benefit of doubt. 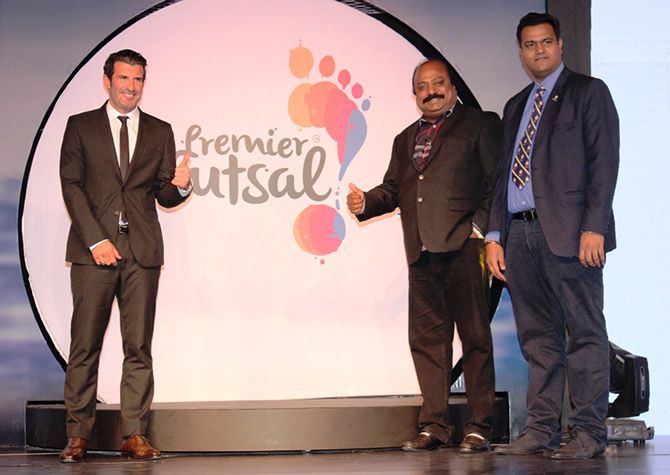 IMAGE: Luis Figo at the launch of Premier Futsal.

A club like Real Madrid is known for changing coaches at will. During your time there were many managerial changes. How does it affect a player?

When you play, you are always positive and focused on the results. You don't think about who will be the next manager. That is up to the directors, and the president of the club, to decide who will be the coach.

As a player you only strive for the best and have a positive mentality about the season. You don't think who is going to be the next coach.

You have been quoted as saying that you played with players better than (Lionel) Messi and (Cristiano) Ronaldo...

(Interrupts) The point depends on what you write as my answer, how you interpret what I say. I don't remember the question, but what I said was I probably played with players of the same quality as Messi and Ronaldo.

But if you put my words different, it becomes polemic. Right?

I don't know if I am politically correct when I say 'polemic', but I still choose to say the same. Now what and how you will write is something I don't know. 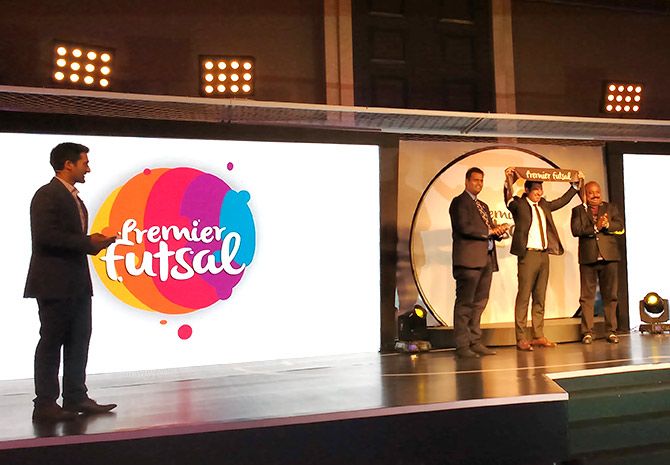 IMAGE: Luis Figo is presented with a scarf to mark the unveiling of the Futsal League. Photograph: Bikash Mohapatra/Rediff.com

Are you aware of the Indian Super League? There were reports that you were offered a coaching role in one of the franchisees...

I don't have a coaching license. I have nothing in me to be a coach. But you never know.

Everything changes in life. Since I retired from professional football I have not exactly looked back or followed what is happening on the field.

I have, of course, heard about the Indian Super League. I have a lot of friends who came to India on work related to the event, and probably will come in the future as well.

I think everything that helps the game grow has to be encouraged.

You were part of Portugal's 'Golden Generation'. What is your take about the team's chances in the European Championships later this year?

Do you believe there will be added pressure on Ronaldo to finally deliver on the international stage?

Portugal always hopes to do well, or better than their effort in the last edition of a tournament.

As regards pressure on Ronaldo, let me just say that top players are under pressure to perform in all the games, in all the competitions.

Ronaldo has always played at a very high level and I am sure he can make a difference.

We have a lot of hopes in France, to do well and achieve a good position.

If we are going to do it or not, that is something you never know. Because in football you can never guess what will happen.

But we do have a good team. I think we can make it through from the group stage. Then there is the knock-outs, and anything can happen. 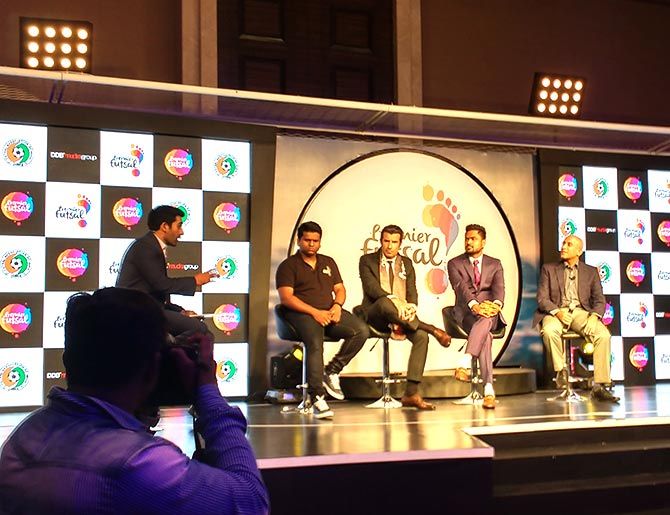 IMAGE: Luis Figo during a discussion about his new project. Photograph: Bikash Mohapatra/Rediff.com

Who are the favorites?

I don't know, but in the final analysis all the major teams have the experience to progress till the semi-final and the final.

France, obviously, as they play at home.

Then there is Spain, Italy, Portugal and, of course, Germany. They (Germany) always play the semi-finals or the finals.

This is always a question that the press asks me. But I do not choose. They are all very different players, with different characteristics, and playing for different teams, in different positions.

We cannot really compare them. 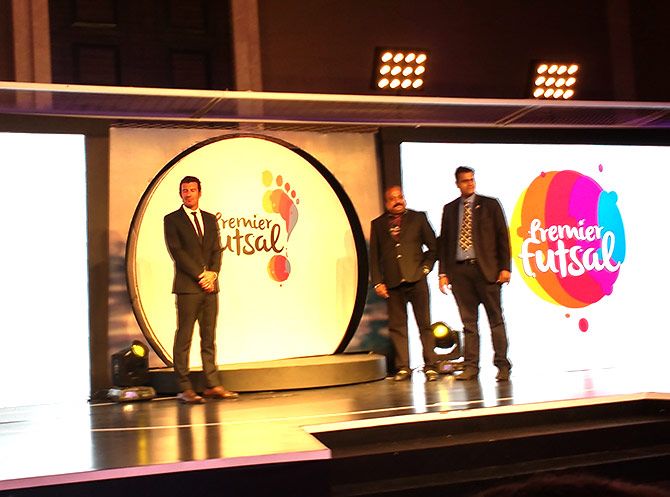 The Champions League, a tournament you have won, is in its final leg. Your pick?

In general, I can't answer. What most people say I don't know. I am only responsible for what I am saying.

According to me, Barcelona, Real Madrid and Bayern Munich are the favorites to win the Champions League because they are clubs more experienced, with more experience.

In competitions like the Champions League it is this experience (and history) that helps in the latter stages.

But these three are my favourite teams at the moment. If there will be a surprise or not, we will wait and see.

There are reports of your good friend Jose Mourinho taking over at Manchester United. Do you think he will be a success?

Jose, I just wish him all the best because he is a good friend. He is a top coach, one of the best ever.

If he is going to have success with Manchester United or not is something that I can't guess.

Probably, with his quality, he will. In the past he has shown that he can. I am sure one day he will definitely coach the Portugal national team.

You broke the transfer record when you moved from Barcelona to Real Madrid. Now Gareth Bale, another Madrid player, holds the record. How do you perceive this transfer saga?

But recent examples show that I was wrong. So I don't exactly know what will happen in the future.

Probably, yes, as the amount has been increasing every year. 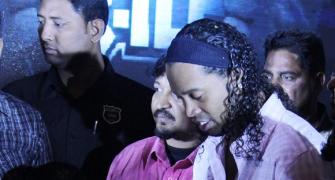 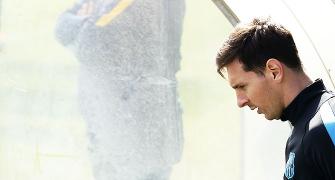 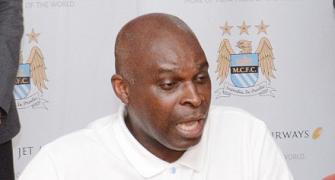 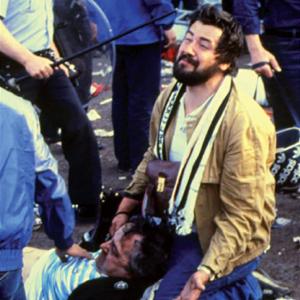 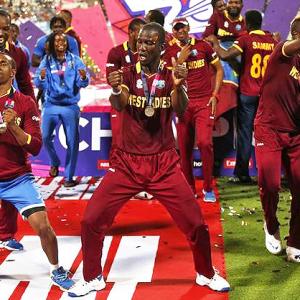