News
Business
Movies
Sports
Cricket
Get Ahead
Money Tips
Shopping
Sign in  |  Create a Rediffmail account
Rediff.com  » Sports » When Croatia 'shocked Messi, Maradona and the rest of the world' 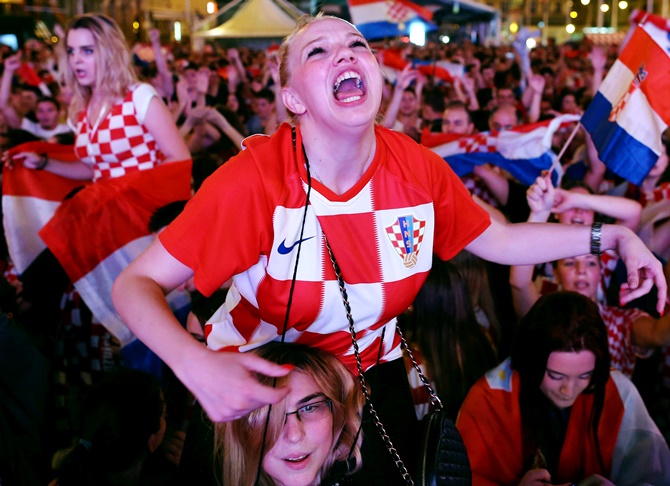 Croatia's euphoric media ran out of superlatives as they hailed the Balkan nation's stunning World Cup win over Argentina which propelled them into the competition's knockout stages for the first time since the 1998 tournament when they finished third.

Thursday's 3-0 win in Nizhny Novgorod sent the Croatians through with a match to spare following what daily Sportske Novosti described as 'a magnificent victory to be told by generations to come'.

"It was a rhapsody to be remembered for years and the performance suggests that the current Croatian generation can make all our dreams come true."

The newspaper's online edition also splashed photos of the jubilant fans celebrating throughout the country, some bathing in Zagreb's city fountains and others donning the team's chequered red-and-white shirts and scarves.

The website said Croatia had never drubbed rivals of Argentina's pedigree so emphatically, adding that they were now in a position "only the bravest fans dared dream of."

"It is now imperative to finish top of the group in order to avoid a likely last-16 clash with France," it said, adding that "Dejan Lovren has so far been the best centre-back in the tournament and Modric the most outstanding midfielder."

It also splashed photos of fans taking to the streets across cities and lighting flares after the game and quoted one of them as saying it was 'the best day of my life'.

Another one said: "The first half was not great but we destroyed them in the second and I hope we can keep firing on all cylinders all the way to the final."

Split daily Slobodna Dalmacija said Croatia "shocked Messi, Diego Maradona and the rest of the world," adding that Argentina's 1986 World Cup winner Maradona could not hold back the tears after the game.

"Croatian fans in Nizhny Novgorod were in full swing, although outnumbered three to one by the Argentinian contingent sporting drums," it added.

Vecernji List carried a photo of thousands of fans cramming the city's central Ban Jelacic square to watch the game on a giant screen and lighting several flares after the final whistle.

"The win was celebrated throughout Croatia after a fairytale performance which shattered Messi's Argentina to pieces," it said.

"While Messi was totally subdued, Modric played like a wizard and deserved all the plaudits."

© Copyright 2020 Reuters Limited. All rights reserved. Republication or redistribution of Reuters content, including by framing or similar means, is expressly prohibited without the prior written consent of Reuters. Reuters shall not be liable for any errors or delays in the content, or for any actions taken in reliance thereon.
Related News: FIFA, Croatia, IMAGE, Messi, Maradona
SHARE THIS STORYCOMMENT
Print this article 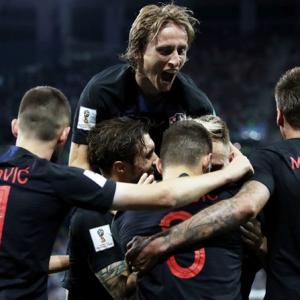 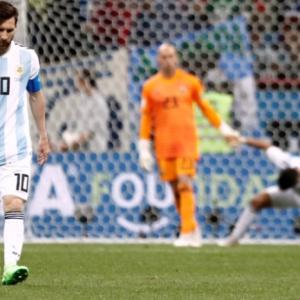