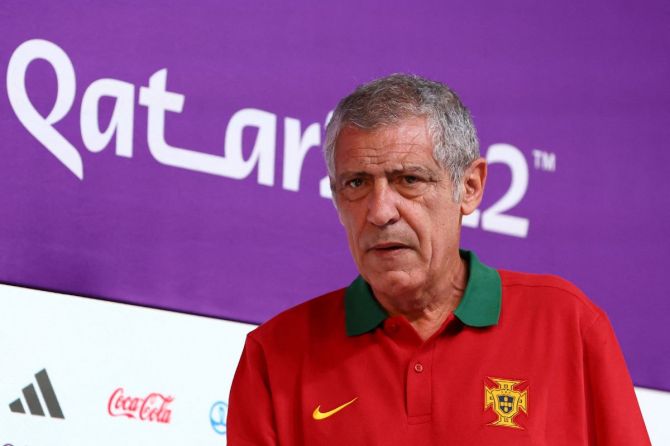 Portugal coach Fernando Santos said he hoped central defender Danilo Pereira would not be sidelined with injury for long and that there were also fitness concerns about midfielder Otavio ahead of Monday's World Cup match against Uruguay.

Pereira, who plays his club football at Paris St Germain, suffered three broken ribs in training on Saturday, ruling him out of the rematch of the 2018 World Cup round of 16 clash, which Uruguay won 2-1.

"As far as I know he is improving and we expect to have him back on the pitch very soon," Santos, who has been in charge of the national team since 2014 and led them to victory at the Euros 2016, told reporters on Sunday.

"But if we don't, we have three other centre-halfs who can replace him. We don't need to make a drama of it."

Portuguese media reported that Pereira would miss the group stage and his involvement would be in doubt if Portugal, led by captain Cristiano Ronaldo make it to the knockout rounds.

Asked about 39-year-old defender Pepe, who was on the bench when Portugal beat Ghana 3-2 in their opening match in the World Cup in Qatar last Thursday, Santos said he was "a monster" and would be in the team on Monday.

Portugal are top of Group H after beating Ghana 3-2 in their opening game and face Uruguay in their second match at the Lusail Stadium, just north of Doha, on Monday.

Decisions about the availability of Otavio, who started against Ghana, and reserve left back Nuno Mendes, who is also an injury concern, would be taken after a training session later on Sunday, Santos said.

Santos said the South Americans remained a very strong team with the ability to counter-attack at pace, even if strikers Edson Cavani who scored both Uruguay's goals against the Portuguese in 2018 and Luis Suarez were older.

"We will have to be very careful because they can press their opponents really intensely, force them into errors and then hit them hard," Santos said. 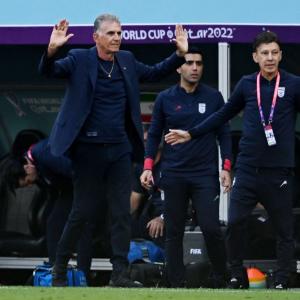