Max Verstappen rode his luck to an unchallenged first Baku win on Sunday, opening up a commanding championship lead after Ferrari's challenge imploded at the Azerbaijan Formula One Grand Prix.

The Dutchman eased across the line 20.8 seconds clear of Sergio Perez who, ordered not to fight Verstappen, completed a one-two for Red Bull.

George Russell kept his record of finishing every race this season in the top five with third for Mercedes.

Ferrari's miserable afternoon ended after 20 of the race's 51 laps. Charles Leclerc, who is leading the team's challenge and had started from pole, pulled into the pits from the lead with his Ferrari spewing smoke to chalk up his second retirement from three races.

His team mate Carlos Sainz had pulled to the side of the track 10 laps earlier with a hydraulic failure.

"Today we had incredible pace in the car, we could look after the tyres and chip away at it," said Verstappen, all too familiar with the heartbreak of retiring from the lead, having crashed out while running first in Baku last year.

"A tiny bit lucky with the retirement but the car was quick today." IMAGE: Ferrari's Charles Leclerc pulled into the pits with a smoking engine on the 20th lap. Photograph: Clive Rose/Getty Images

The win was Verstappen's fifth from eight races this year and made him the sixth different Baku winner from six races.

He extended his overall championship lead to 21 points over Perez, winner in Monaco two weeks ago, who has moved up to second.

Leclerc, who has won two races this year but none since the third of the season in Australia, slipped to third, 34 points adrift of his Dutch rival.

"It hurts, we need to look into it so it doesn't happen again," said Leclerc who left Australia with a 46-point lead over Verstappen. IMAGE: Mercedes driver George Russell took third place to maintain his record of being the only driver to finish in the top five in every race this F1 season. Photograph: Clive Rose/Getty Images

Leclerc had gone into Sunday's race determined to make good on his fourth successive pole after being unable to convert top spot into victory at the last three races.

But he was on the back foot from the off, losing the lead to second-placed starter Perez into the first corner.

He did not appear to have the pace to match Perez and was instead busy fending off Verstappen.

But an opportunistic pitstop under a virtual safety car period, triggered by Sainz's failure, allowed him to jump back into first until his car's demise eventually dashed his hopes.

Verstappen, meanwhile, had moved past Perez, who was bidding to become the Baku race's first repeat winner. Red Bull instructed the Mexican not to resist and the Dutchman inherited the lead when Leclerc retired.

"In this place anything can happen ... we managed to get a one-two, so that's a great team result," said Perez who took the point for fastest lap. 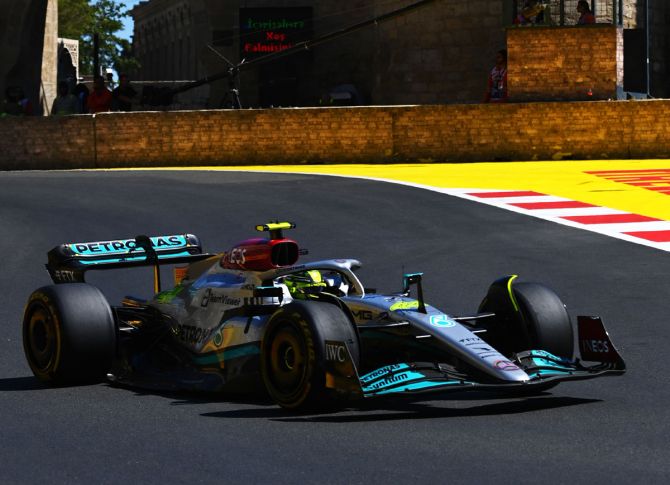 Seven-times world champion Lewis Hamilton finished fourth but was nursing an aching back, the result of the porpoising, or bouncing, plaguing his Mercedes.

Kevin Magnussen triggered another safety car when his Haas ground to a halt. China's Guanyu Zhou also retired his Alfa Romeo with a technical issue. Both teams use Ferrari power units.

Daniel Ricciardo and Lando Norris engaged in an intra-team McLaren battle, with the under-pressure Australian crossing the line eighth ahead of the Briton. 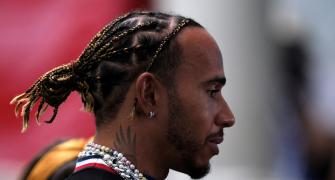 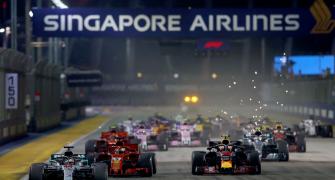 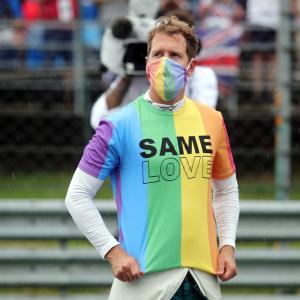 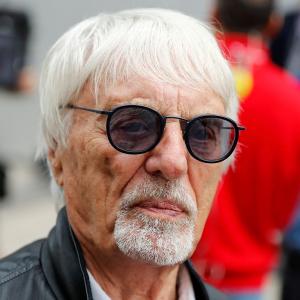