F1 PIX: Heartbreak for Leclerc as Hamilton wins in Bahrain 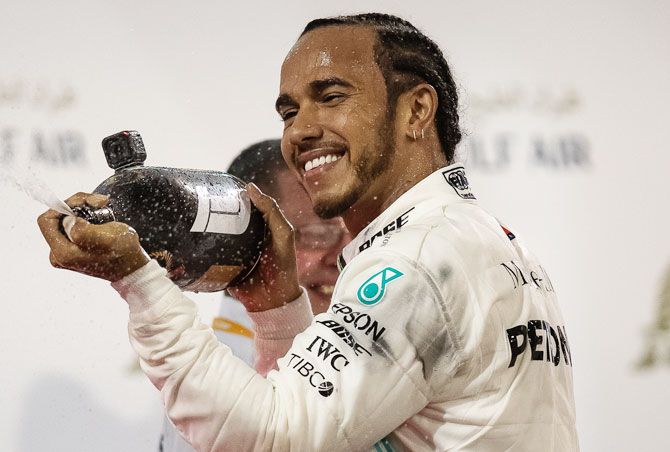 The luckless Leclerc had looked like becoming Ferrari's youngest ever race winner, at 21, after starting on pole position and leading comfortably. Instead, the Monegasque ended up third.

Hamilton and teammate Valtteri Bottas, lapping far faster than the stricken Ferrari, reeled him in and breezed past to secure the team's second one-two finish in as many races and against the odds.

"That was extremely unfortunate for Charles," said Hamilton after starting in third place and behind the Ferraris.

"He drove such a great race. We’ve got work to do to keep these guys off our tails," added the Briton, who embraced Leclerc after they stepped out of their cars and offered commiserations.

"I was not expecting that result," added Hamilton, who had complained earlier of feeling like a sitting duck with his fading tyres.

Hamilton’s win was the 74th of his career but first this season. He is now 17 wins short of Michael Schumacher's all-time record of 91.

The Briton stayed second in the championship but is now just one point shy of overall leader Bottas, who won and scored the extra point for fastest lap in the season-opener in Australia two weeks ago.

Mercedes team boss Toto Wolff said it was always a balance between performance and reliability.

"He was the quickest guy and should have won the race but then things swing in the other direction."

Third place was still a first Formula One podium for Leclerc, and he also took an extra point for setting the fastest lap of the race, but that was scant consolation considering how much more he could have had.

"It's a very hard one to take," said the youngster, in only his second race for Ferrari.

"It's a shame to only finish third, but it's part of racing and we'll come back stronger."

Leclerc’s problems capped an already difficult day for Ferrari, with team mate Sebastian Vettel having a nightmare of his own.

The German, who led initially but finished fifth, spun while defending second place from Hamilton and then lost his front wing in a spectacular shower of sparks.

"I really struggled at the beginning of the race," said a downcast Vettel.

"Overall, there was not the pace I wanted to have today. Then obviously on top I had the mistake with the spin, so not a good evening".

"I lost the car very suddenly and once I spun it was too late. (It was) unfortunate that we had so much damage with the tyres that it caused the front wing to fail."

British rookie Lando Norris put in a fine drive for McLaren to finish sixth, and score his first points in Formula One, ahead of Alfa Romeo’s Kimi Raikkonen.

"I could do a bit of overtaking... I could enjoy the experience of Formula One much more here. We just had better pace than we thought we were going to have."

Frenchman Pierre Gasly brought his Red Bull home in eighth ahead of Toro Rosso’s Thai driver Alexander Albon and Mexican Sergio Perez, who rounded out the top 10 for Racing Point.

Canadian Lance Stroll made contact with the Haas of Romain Grosjean at the start, pitting for a new front wing, while McLaren's Carlos Sainz and Verstappen came together early. Grosjean and Sainz both retired.

© Copyright 2021 Reuters Limited. All rights reserved. Republication or redistribution of Reuters content, including by framing or similar means, is expressly prohibited without the prior written consent of Reuters. Reuters shall not be liable for any errors or delays in the content, or for any actions taken in reliance thereon.
Related News: Lewis Hamilton, Bahrain GP, Charles Leclerc, Bahrain International Circuit, Valtteri Bottas
SHARE THIS STORYCOMMENT
Print this article 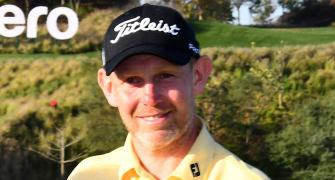 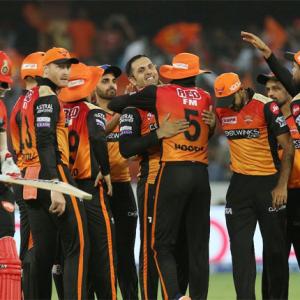