The fact is that some of the 999 championship races thus far have been questionable Grands Prix and several past race winners never even drove a Formula One car. 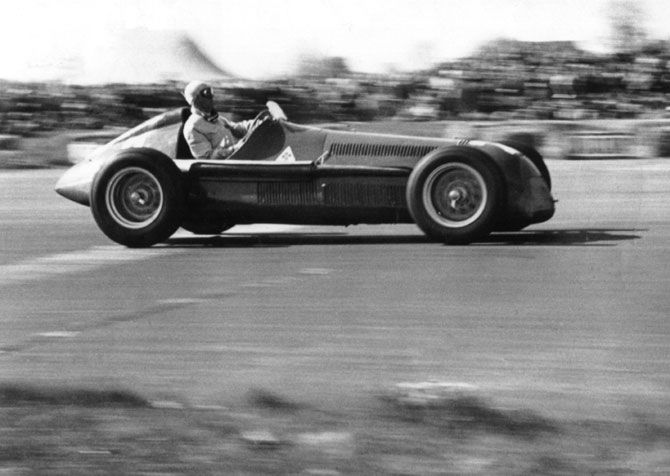 IMAGE: Giuseppe 'Nino' Farina in action in the Alfa Romeo Tipo 158 during the first Formula One world championship race at Silverstone on May 13, 1950. Photograph: Allsport Hulton/Archive/Getty Images

Formula One celebrates its 1,000th world championship race this weekend at the Chinese Grand Prix in Shanghai, one of the sport's newer tracks, but the milestone requires careful wording.

The sport has often had a problem with anniversaries, with statisticians quibbling over how many starts teams and drivers have made according to different definitions, and this one is no exception.

The fact is that some of the 999 championship races thus far have been questionable Grands Prix and several past race winners never even drove a Formula One car.

From 1950 to 1960 -- 11 races in all -- the Indianapolis 500 was included as part of the championship even if very few Formula One drivers crossed the Atlantic to compete in it and homegrown racers took all the points and raced to their own rules. 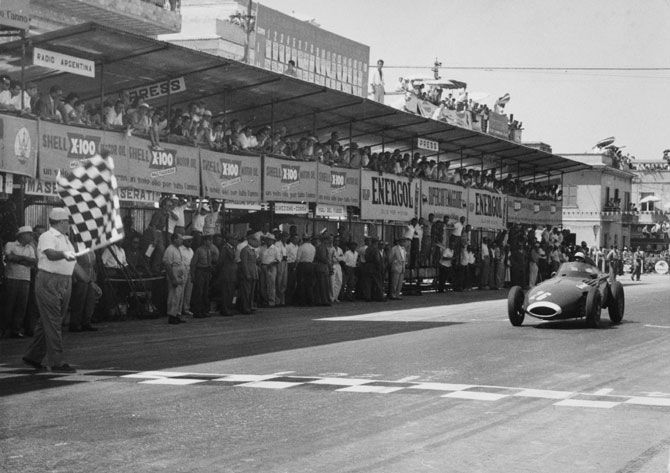 Bill Vukovich finished seventh in the 1953 Formula One championship, and sixth in 1954, after winning the Indy 500 in those years but racing in no other rounds.

His death in the 1955 Indy technically made him the first driver to be killed while competing in a Formula One championship race.

Yet Vukovich never drove a Formula One car even if his F1 record stands at a remarkable two wins, one pole position, three fastest laps and 19 points from five races -- all of them in Indiana.

By the time Britain's Jim Clark won at The Brickyard in 1965, followed by compatriot and fellow F1 champion Graham Hill in 1966, the Indy 500 was no longer part of the F1 calendar.

In 1952 and 1953 the world championship was run to Formula Two rules due to there not being enough Formula One cars to fill the grid after Alfa Romeo pulled out.

That means, therefore, that 26 races included in the championship tally since the first at Silverstone in 1950 did not actually feature Formula One cars.

The sport cannot truly say China is the 1,000th Grand Prix either, since there have been such events since the early 20th century when France set the terms and language of automobile racing.

Hungarian driver Ferenc Szisz is generally regarded as the first winner of a Grand Prix, at Le Mans in 1906, while the Monaco Grand Prix, glamour race of the current calendar, dates back to 1929.

Silverstone, a former World War Two airfield in central England, hosted Grands Prix in 1948 and 1949 before Giuseppe 'Nino' Farina won the first Formula One world championship race there on May 13, 1950. 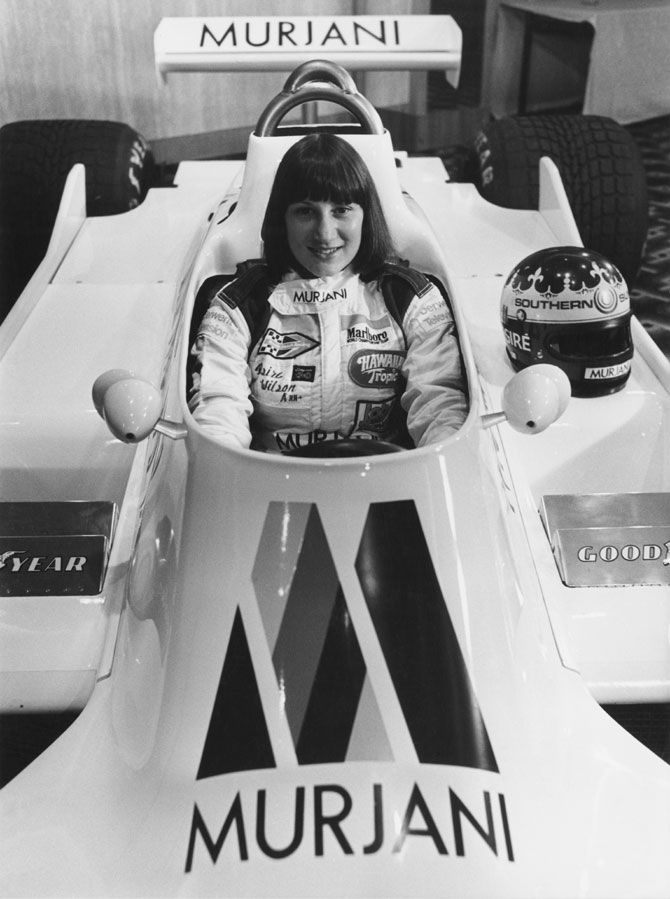 The last was at Brands Hatch in 1983 when reigning world champion Keke Rosberg stood on top of a podium that also featured American Danny Sullivan and Australia's 1980 F1 champion Alan Jones.

Nigel Mansell, Formula One world champion in 1992, was a non-finisher that day.

While it is often stated that only two women have raced in the Formula One world championship, South African Desire Wilson won a round of the British Formula One championship in a Wolf at Brands Hatch in 1980.

South Africa also had its own local Formula One championship in the 1960s and up until 1975.

The 1,000th race to count towards the official FIA drivers' world championship standings? More accurate perhaps, if not exactly catchy.

© Copyright 2021 Reuters Limited. All rights reserved. Republication or redistribution of Reuters content, including by framing or similar means, is expressly prohibited without the prior written consent of Reuters. Reuters shall not be liable for any errors or delays in the content, or for any actions taken in reliance thereon.
Related News: Brands Hatch Racing Murjani Williams, Silverstone, IMAGE, Alfa Romeo Tipo, Getty Images
SHARE THIS STORYCOMMENT
Print this article 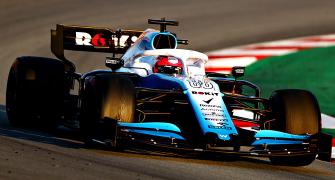 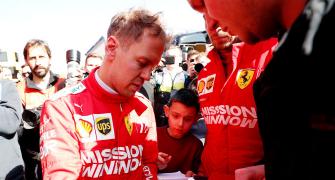 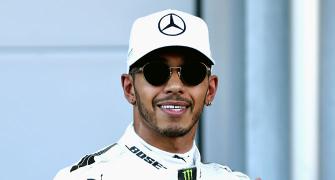 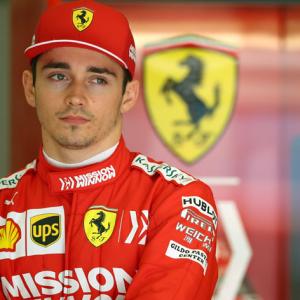 Is he F1's newest champion-in-waiting? F1: Vettel sets himself homework to do