Exclusive!
'Mary Kom was robbed of a win

'We were confident that Mary had won the bout.'
Laxmi Negi/Rediff.com speaks to the champion boxer's coaches in Astana to find out why Mary won't be in Rio. 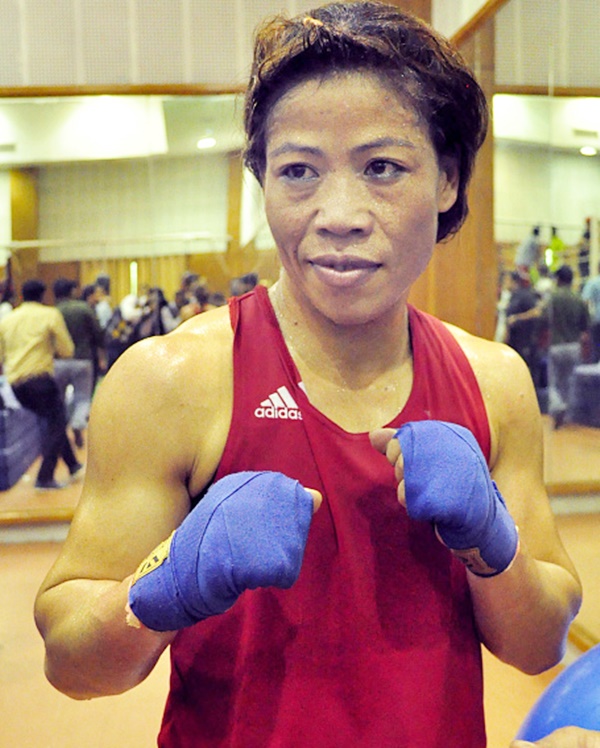 Olympic berth or no, MC Mary Kom is a legend. And legends too have off-days.

Mary Kom (51 kg), a bronze medallist at the 2012 London Olympics, was knocked out of the Women's Boxing World Championships, in Astana, Kazakhstan, on Saturday, May 21, ending her hopes of representing India at the Rio Olympics -- only the semifinalists in the three Olympic categories at the event make the cut for the Games.

So what went wrong for the five-time World champion?

"Mary dominated the bout," D Chandralal, the India women's chief coach told Rediff.com from Astana, "but the scoring did not go in her favour. I think she was robbed of the bout."

"Overall, I think she should have got the bout."

Preeti Sundan, another coach with the team, felt the decision was unfortunate.

"We were confident that Mary had won the bout," says Sundan, also speaking to Rediff.com from Astana. "The thought that she would end up on the losing side didn't occur to us."

"According to the new scoring system," Sundan adds, "the computer picks just three judges score out of five. Probably, Mary ended up getting the scores from the judges who gave her the least points."

Also, according to the new rules in boxing, the boxer can't lodge a protest. So, that is curtains down for the mother of three.

"There is no question of protest," the national coach says, sadness clearly in the voice, "Whatever the decision, we have to take it."

Mary Kom's husband Onler, who is with her in Astana, told Rediff.com<, "We are helpless."

Ask Chandralal about who is to be blamed, he says edgily, "The system in India! People are only worried about their chair here. We are hanging around with our past laurels whereas other countries have moved ahead with a good system."

"We can't wear the India jersey and there is not a single Indian official here with us. We need to have an aim and if we need to do well in the next Olympics, we need to start working on it now!" he says.

In 2012, eight Indian boxers qualified for the London Olympics. Come 2016, with barely two months to go for the Rio Games, only one boxer has qualified.

India was a superpower in boxing, but these days Indian boxers can't even compete under India's flag because of the absence of a federation and officials to represent these boxers.

L Sarita Devi also could not fulfill her dream of a maiden Olympic appearance.

"Sarita was leading in the first two rounds, but in the third round, her opponent made a comeback. In the fourth round, Sarita fought, but it was too late for her," says Chandralal.

The coach is full of praise for the boxers.

"Mary and Sarita have put up their best efforts," he says. "We must not forget that these girls are in their 30s, but have worked very hard. It shows that the younger generation of boxers are not even close to these girls. At the last moment a team was put up, so how can we expect results?"

The only Olympic hope left for India in the event is Pooja Rani (75 kg), who is in the pre-quarterfinals after winning her opening bout on Friday. 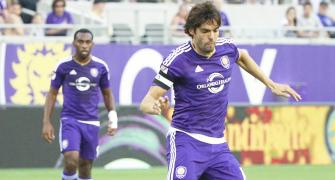 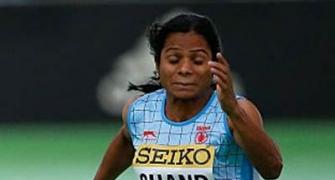 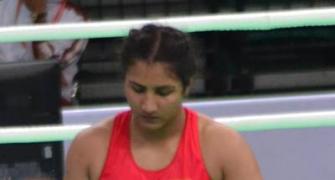 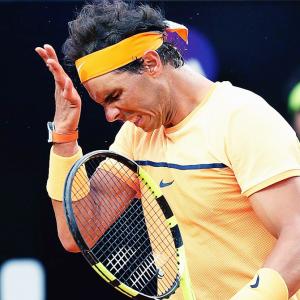 History in the making at Roland Garros 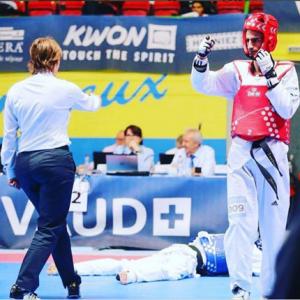