Lazio won 2-0 at Legia Warsaw on Thursday to qualify for the Europa League knockout stages after a tie marred by violence when Italian fans fought with Polish police on the way to the stadium.

Polish police said they detained around 120 Lazio fans during the trouble in Warsaw.

"Bottles and stones were thrown from the Italian group in the direction of the police cars," a spokesman said.

Lazio, who have not won away in Serie A this season, found few problems on the pitch and won with goals from Brayan Perea and Felipe Anderson against a team who have yet to score a goal in Group J.

Leaders Lyon qualified from Group I when substitute Bafetimbi Gomis sidefooted the ball home in the 66th minute following a neat exchange of passes on the edge of the penalty area to earn a 1-0 win at home to Betis who also went through. 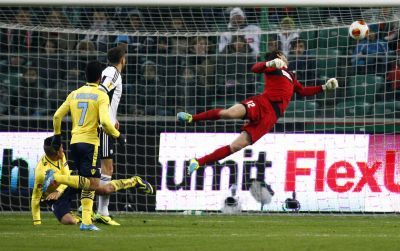 Pacos de Ferreira striker Bebe provided the most embarrassing moment of the evening with an extraordinary miss against Fiorentina.

The striker, on loan from Manchester United, tapped the ball straight to Fiorentina goalkeeper Gustavo Munua from close range when it seemed easier to score.

The game ended goalless although it did not matter as the Italian side were already through and the Portuguese eliminated.

Tottenham emerged victorious from their trip beyond the Arctic Circle as they won 2-0 at Tromso where the temperature was a surprisingly mild minus three Celsius at kickoff.

Zulte Waregem's 2-1 victory at Wigan Athletic made them the first Belgian team to win in England since Antwerp beat Aston Villa 1-0 in the 1975-76 UEFA Cup.

It also lifted them to second in Group D, above the FA Cup winners, and made Waregem the favourites to follow Rubin through to the next round.

Alkmaar qualified with a 2-0 triumph over Maccabi Haifa in Group L and were joined by PAOK who won 2-0 at Kazakhstan's Shakhtyor after a marathon journey to Central Asia.

Anzhi's 1-1 draw at home to Sheriff Tiraspol was enough for the Russians to advance in Group K and Olcan Adin scored a hat-trick as Trabzonspor beat Apollon Limassol 4-2 to progress from Group J.

Genk made sure of their place by coming from behind to beat Dynamo Kiev 3-1 (Group G) and a 1-1 draw at home to Estoril took Sevilla through (Group H).

Martin Lanig grabbed an 83rd-minute winner to give Eintracht, backed by an impressive travelling army of 12,000 fans, a 1-0 victory at Girondins Bordeaux (Group F) which sent the Bundesliga team through and eliminated the French side.

Image: Brayan Perea of Lazio (L) scores past goalkeeper of Dusan Kuciak of Legia Warsaw (R) during their Europa League

© Copyright 2022 Reuters Limited. All rights reserved. Republication or redistribution of Reuters content, including by framing or similar means, is expressly prohibited without the prior written consent of Reuters. Reuters shall not be liable for any errors or delays in the content, or for any actions taken in reliance thereon.
Related News: PAOK Salonika, Europa League, Lazio, Legia Warsaw, Brayan Perea
COMMENT
Print this article 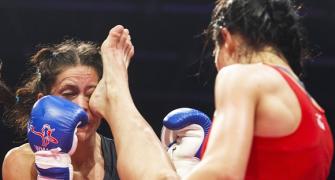 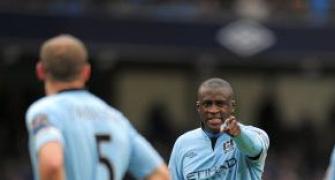 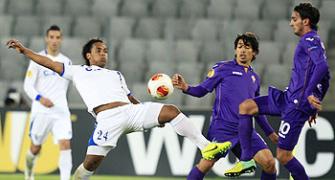 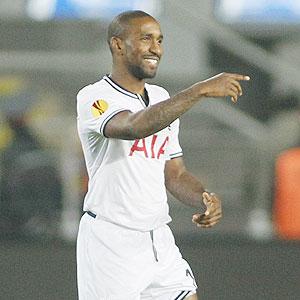 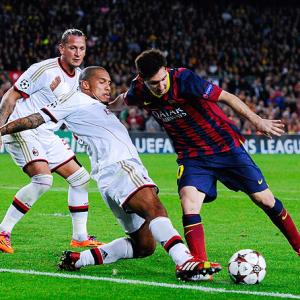