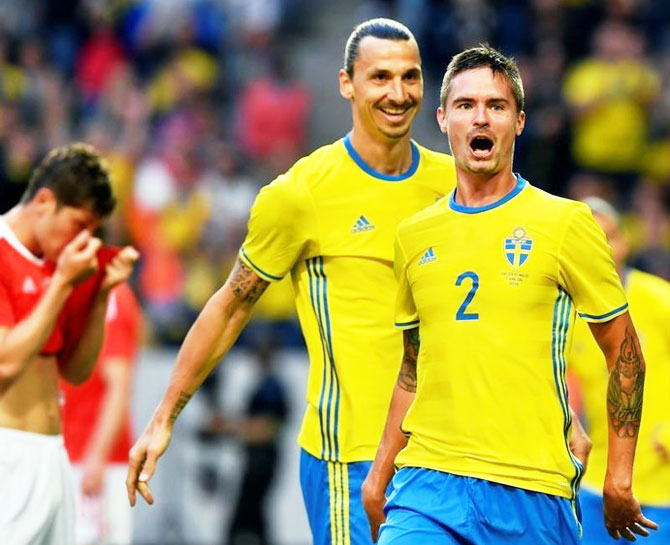 Sweden finished their home preparations for Euro 2016 with a resounding 3-0 win over fellow qualifiers Wales and for once did not have to rely on the finishing of captain and record goalscorer Zlatan Ibrahimovic.

The win gave Sweden a boost before they kick off their campaign against Ireland on Monday, while the Welsh must pick themselves up for their first game versus Slovakia on Saturday.

Over 37,000 fans came to see Sweden off and goals from Emil Forsberg, Mikael Lustig and John Guidetti, with Ibra making the pass for the opener, secured a comfortable win.

Ibrahimovic scored more than half of Sweden's goals in qualifying but it was winger Forsberg who opened the scoring in the first half, and he looks to have forged an excellent understanding with his captain.

Full back Lustig added a second goal and Guidetti, a central figure in the Sweden team that won the under-21 European Championship last summer, rounded off the scoring with his first goal for the senior side.

The result was a much-needed shot in the arm for the Swedes after a dull scoreless draw against Slovenia in Malmo on Monday.

"We corrected some things after the Slovenia game, so in general the feeling is good," Hamren said. "But we must raise ourselves considerably before the group games start, both offensively and defensively."

For Wales coach Chris Coleman the result was a reality check as they head into Group B also featuring England and Russia.

"We get a bit of success, a bit of expectation, sometimes a little bit of complacency and that can give you a little slap in the face," said Coleman, who kept talisman Gareth Bale on the bench for over an hour before bringing him on.

"Maybe that's what's happened to us, certainly today. It doesn't mean we can't produce something special (at Euro 2016), because we're capable of it."

Sweden, who also face Belgium and Italy in Group E, will on Wednesday head to their France training base in Saint Nazaire after two days off following the win over Wales.

The Czechs suffered a 2-1 defeat by South Korea in their final test before the European Championship, playing the last half hour with 10 men.

The Czechs are counting on a mixture of youth and experience to get them out of a tough Euro 2016 Group D in France that includes defending champions Spain as well as Croatia and Turkey.

Spain trounced the South Koreans 6-1 in their friendly on June 1.

The Czechs were upset 25 minutes into the first half when goalkeeper Petr Cech failed to clear Yoon Bit-garam's shot from a free kick into the top right corner.

Playmaker Rosicky, 35, missed half of the Czechs' qualifying campaign and almost the whole season for Arsenal through injury.

And it was Rosicky who lost the ball in his own half, inspiring a quick break and a goal by striker Suk Hyun-jun, who blasted a shot from close range to give Korea a two-goal lead five minutes before the break.

The Czechs had several decent opportunities but they were snuffed out by the Koreans, who were able to get to the ball in one-on-one situations and threatened the goal from quick breaks forward.

The home side had a better start to the second half, Marek Suchy taking a shot from distance that was deflected into the net by Korean Kwak Tae-hwi just after the interval.

But the Czech revival was stemmed an hour into the game when defender Theodor Gebre Selassie hit an opposing player in a mid-air clash, earning a second booking and a sending off.

"More than the red card I was bothered by the first half...I was disappointed by that," coach Pavel Vrba said.

"Certainly our substitutions helped, the game became much faster."

The Czechs play Spain in their first Euro 2016 match on June 13.

Russia holding midfielder Igor Denisov suffered a hamstring injury as they were held to a 1-1 draw by Serbia on Sunday and is expected to miss Euro 2016, said coach Leonid Slutskiy.

"Denisov has a serious injury and it's likely we will need a replacement," Slutskiy told reporters. "Now we are in touch with another player who plays in the same position."

Russian media said Zenit St Petersburg midfielder Artur Yusupov is likely to be called up to replace Denisov in the 23-man squad with an official announcement expected on Monday.

Russia start their campaign against England on June 11 in Marseille and the Serbia game was their final warm-up.

Russia's Artem Dzyuba scored in the 85th minute at the Stade Louis II in Monaco but Alexander Mitrovic equalised three minutes later for Serbia, who failed to qualify for the Euros.

Slutskiy kept faith with the attacking trio of Dzyuba, Fedor Smolov and Alexander Kokorin, who all started the 2-1 defeat by the CzechRepublic last Wednesday.

Igor Akinfeev returned in goal, while 20-year-old Alexander Golovin was also given a chance in the centre of midfield.

There were few chances for either side in what was a largely forgettable first half before Russia were hit by a major injury blow when 32-year-old Denisov, who plays for Dynamo Moscow, limped off during the second period.

Dzyuba scored after excellent work by Roman Shirokov and Kokorin but they three minutes later Mitrovic sprung the offside trap and found himself one-on-one with Akinfeev. The Newcastle United forward made no mistake as he scored to make it 1-1.

Russia and England are in Group B at Euro 2016 alongside Slovakia and Wales.

Turkey wrap up Euro preparations with win over Slovenia 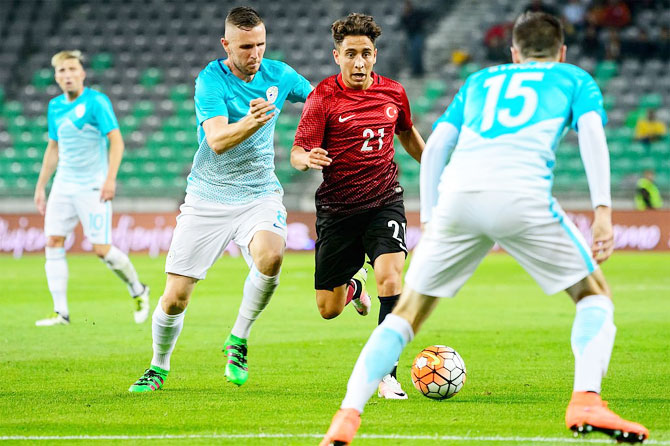 IMAGE: Action from the friendly match between Turkey and Slovenia on Sunday. Photograph: Euro 2016/Twitter

An early goal from striker Burak Yilmaz gave Turkey a 1-0 victory away to Slovenia on Sunday, boosting morale in their final warm-up game before Euro 2016 starts in France next week.

Burak found the net with a powerful header in the fifth minute, running on to a free kick from Hakan Calhanoglu, who last week scored Turkey's first ever goal against England.

Turkey, whose 2-1 loss to England at Wembley followed a 14-game unbeaten streak, face holders Spain, Croatia and the Czech Republic in Group D at the tournament which starts on June 10.

Slovenia, who hosted Sunday's game in Ljubljana, failed to qualify for the finals after losing a playoff to Ukraine.

© Copyright 2020 Reuters Limited. All rights reserved. Republication or redistribution of Reuters content, including by framing or similar means, is expressly prohibited without the prior written consent of Reuters. Reuters shall not be liable for any errors or delays in the content, or for any actions taken in reliance thereon.
Related News: Wales, Sweden, Igor Denisov, Mikael Lustig, Zlatan Ibrahimovic
SHARE THIS STORYCOMMENT
Print this article 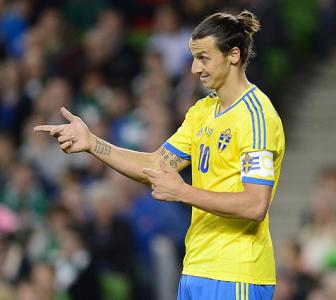 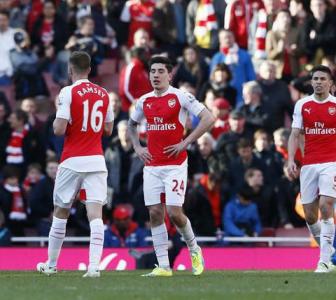 Factors that made a difference to Arsenal's EPL title chase 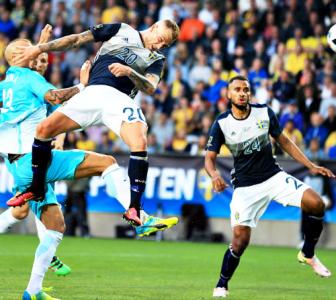 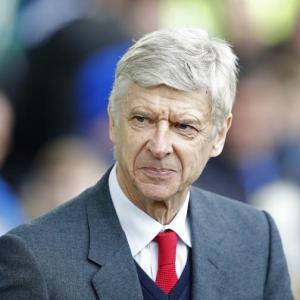 Is Arsenal manager Wenger on his way out? 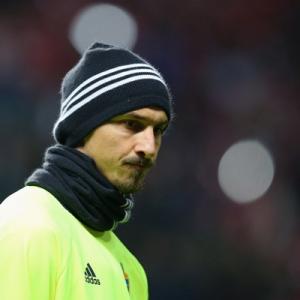