Unai Emery was pleased that Arsenal kicked off their Europa League campaign with a 4-2 home win over Ukraine's Vorskla Poltava but could not hide his frustration at the concession of two late goals.

The north London club were marching towards a dominant victory on Thursday when Mesut Ozil put them 4-0 ahead but two goals in the last 14 minutes from the visitors left Arsenal without a clean sheet this season.

Emery called on his players to improve their defensive mentality, especially after conceding a stoppage time goal in a 2-1 win over Newcastle United last weekend.

"Our disappointment today is the two goals conceded," the Arsenal manager told reporters.

"We are speaking before each match to take a mentality of 'don't concede chances easily'... but the last 30 minutes, we needed to be better on this competitive aspect.

"We need to continue to improve on this because in the last minute in Newcastle and again today in the last 20 minutes, we conceded two goals. Our challenge is to be competitive for 90 minutes of each match and this is one thing to improve."

Emery remains hopeful Torreira will feature against Everton in the league on Sunday after the Uruguayan midfielder picked up a knock on his knee in the second half.

"Each minute he is playing, he is doing very well," he added.

"I hope that tomorrow and Saturday, he will be okay for Sunday.

"And for Leno... I think that we conceded two goals but not for a mistake. For him, it takes minutes for the game and confidence for continuing also because he will be continuing to play matches in the next week."

© Copyright 2022 Reuters Limited. All rights reserved. Republication or redistribution of Reuters content, including by framing or similar means, is expressly prohibited without the prior written consent of Reuters. Reuters shall not be liable for any errors or delays in the content, or for any actions taken in reliance thereon.
Related News: Arsenal, Unai Emery, Lucas Torreira, Bernd Leno, Vorskla Poltava
COMMENT
Print this article 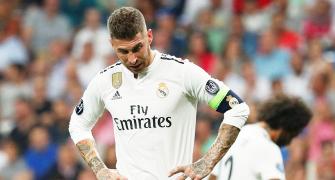 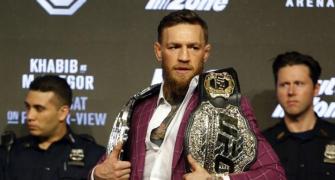 When a fighter promoted whiskey at raucous press conference 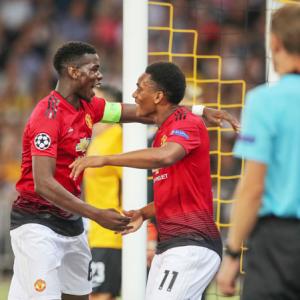 This is what has helped Manchester United's revival...