News
Business
Movies
Sports
Cricket
Get Ahead
Money Tips
Shopping
Sign in  |  Create a Rediffmail account
Rediff.com  » Sports » Six of the best EPL goals were scored over the weekend

Six of the best EPL goals were scored over the weekend 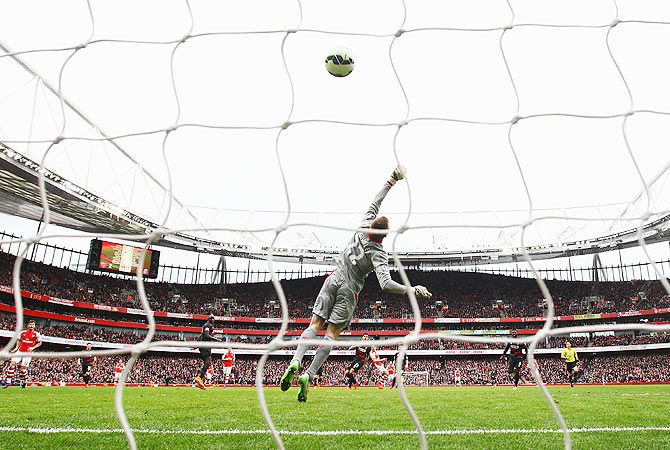 Normally the candidates for goal of the season are spread throughout the 10 months of the campaign, but this weekend's Premier League matches produced six memorable strikes in little over 24 hours.

Whether Charlie Adam's 66 yard (60 metres) goal for Stoke City against Chelsea was the pick of the bunch or Jermain Defoe's perfectly-executed winning volley for Sunderland in the Tyne-Wear derby against Newcastle United is open to debate.

But what is undeniable is that all six were goals of the highest quality which left fans, pundits and the players themselves purring at the brilliance.

The first eye-catcher to find the back of the net was Alexis Sanchez's effort for Arsenal from the edge of the penalty area in their 4-1 win over Liverpool. 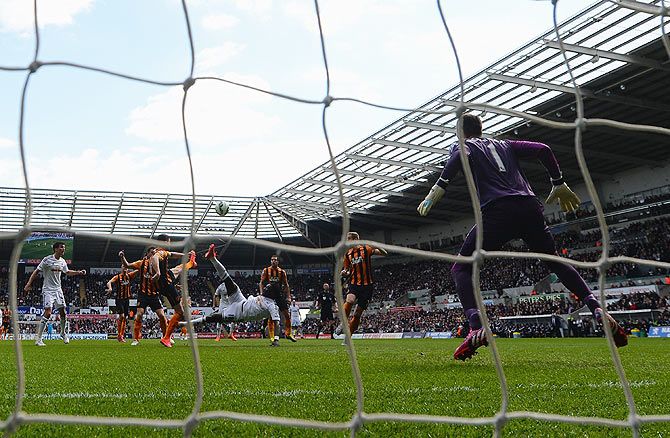 That was followed by Bafetimbi Gomis's acrobatic 37th minute volley that put Swansea 2-0 up against Hull City in an eventual 3-1 win. 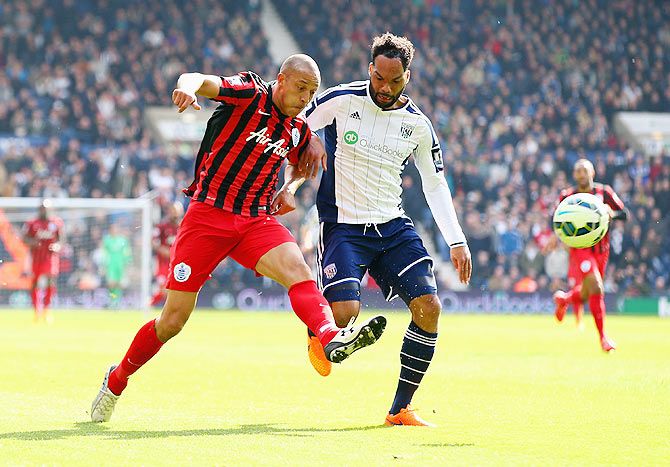 Bobby Zamora of QPR scores the third against West Bromwich Albion during their Premier league match at The Hawthorns in West Bromwich on Saturday. Photograph: Matthew Lewis/Getty Images

Six minutes later, Bobby Zamora scored with a floated dink with the outside of his left foot for Queens Park Rangers in their 4-1 win at West Bromwich Albion, with Adam then blasting home an equaliser a minute later at Stamford Bridge in a game the visitors lost 2-1. 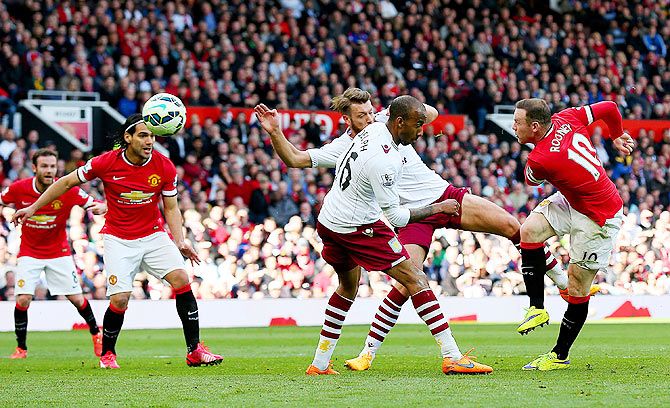 Next up was Wayne Rooney's acrobatic 79th minute effort for Manchester United's third in their 3-1 win over Aston Villa. 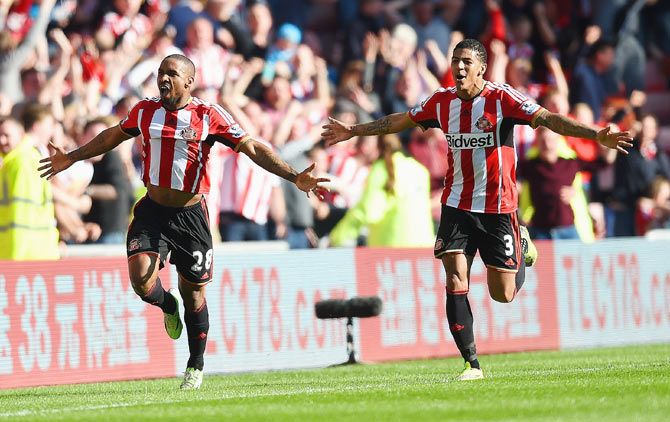 Jermain Defoe of Sunderland (left) celebrates with teammate Patrick van Aanholt after scoring the opening goal against Newcastle United during their English Premier League match at the Stadium of Light on Sunday. Photograph: Michael Regan/Getty Images

Former England international Defoe then rounded off the stunners just before halftime on Sunday by lashing home a left-foot volley from the edge of the area.

"It was an unbelievable feeling," the 32-year-old said afterwards.

"Words can't describe how I felt when it went in. I was very emotional for some reason."

The victory lifted Sunderland to 15th and in the final analysis may have more lasting significance than the astonishing strike from Adam, voted goal of the weekend in a BBC poll. 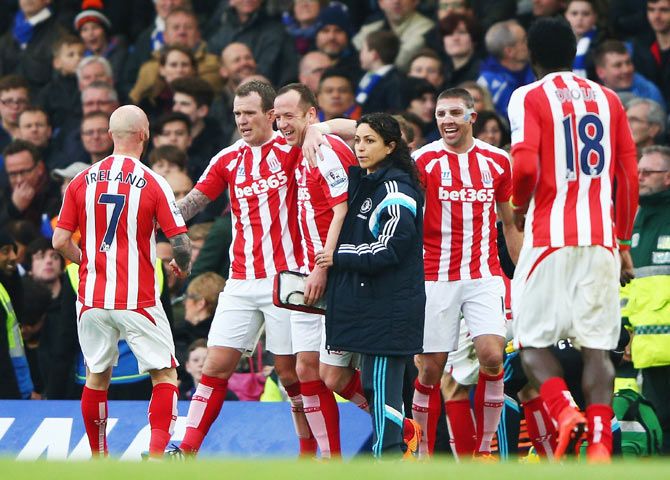 The Scot collected the ball just outside the centre circle in his own half and after glancing up and seeing Chelsea keeper Thibaut Courtois on the edge of his area, launched a left-footed drive that hit the back of the net despite the Belgian getting a hand to it.

"I looked up and saw the goalie off his line and thought, 'why not, especially at Chelsea.' It's great on a personal note, but its a team game and we lost, but its good to know I scored it."

© Copyright 2022 Reuters Limited. All rights reserved. Republication or redistribution of Reuters content, including by framing or similar means, is expressly prohibited without the prior written consent of Reuters. Reuters shall not be liable for any errors or delays in the content, or for any actions taken in reliance thereon.
Related News: Stamford Bridge, Sunderland, Charlie Adam, Jermain Defoe, Swansea
COMMENT
Print this article