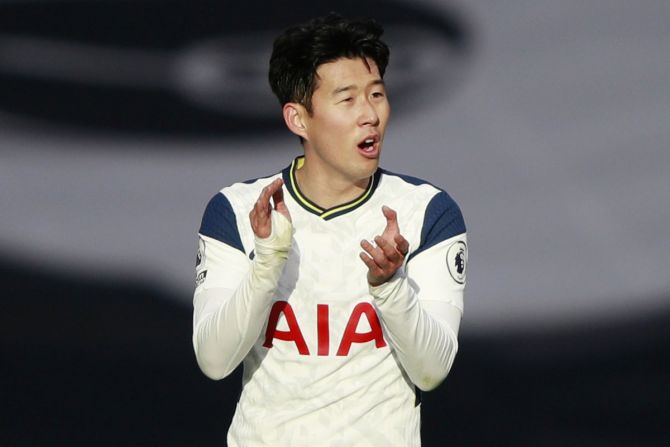 Son Heung-min scored his 100th goal for Tottenham Hotspur as they returned to winning ways with a 3-0 defeat of Leeds United to climb back into the English Premier League's top four on Saturday.

The South Korean doubled Tottenham's tally just before the interval after strike partner Harry Kane's penalty had given the hosts the lead on a crisp winter day in north London.

Toby Alderweireld's header made it 3-0 in the 50th minute.

Tottenham, who topped the table in December, had gone four league games without a win, but a comfortable victory over Leeds sent them into third spot with 29 points from 16 games.

The only blemish was having defender Matt Doherty dismissed in stoppage time for a second yellow card after a late challenge on Pablo Hernandez. 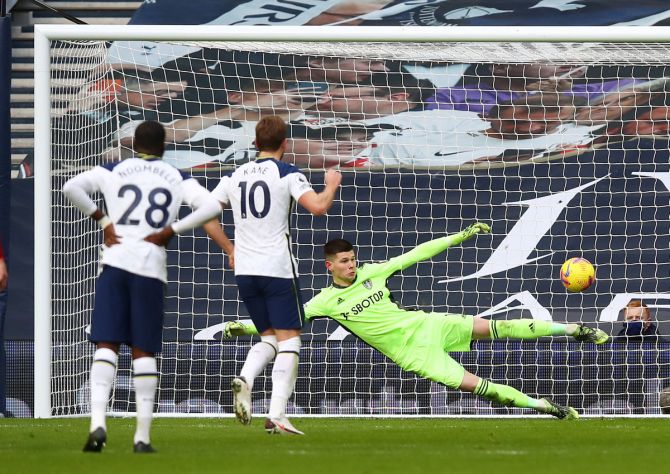 Leeds had enjoyed the better chances until Kane's 29th-minute penalty, awarded for a foul on Steven Bergwijn, and enjoyed a far larger share of possession. But Marcelo Bielsa's side's hopes of starting the year with a third consecutive win were dashed as their defensive frailties returned.

They remain in mid-table with 23 points from 17 games.

The win was a relief for Tottenham manager Jose Mourinho whose day had not had the best of starts when it was revealed three of his players -- Erik Lamela, Giovani Lo Celso and Sergio Reguilon -- had breached COVID-19 protocols to attend a Christmas party, earning condemnation from the club.

"The three points are very important. I think we understood well how they could hurt us and how we could hurt them. In that aspect I am happy but I still think we can and have to do better," Mourinho said, perhaps referring to the fact that his side often looked uncomfortable, despite leading.

In the opening stages it appeared Leeds could add to Tottenham's problems as Ezgjan Alioski and Patrick Bamford both had good chances to reward the visitors for a bright start. 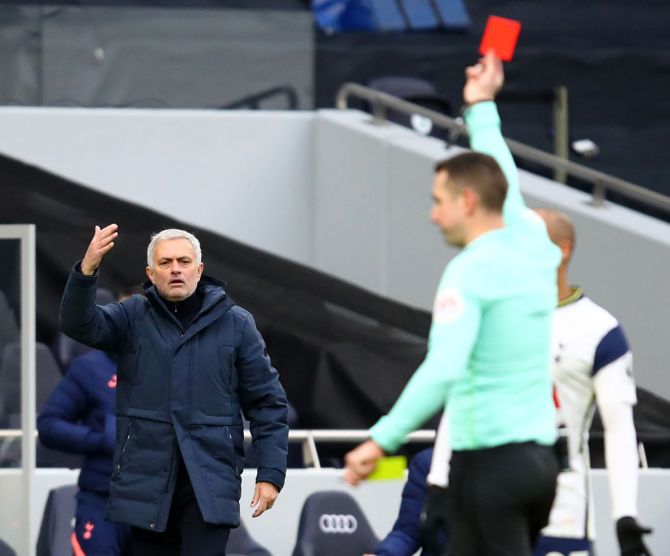 But Tottenham got a helping hand when Alioski clipped Steven Bergwijn just inside the area and referee David Coote pointed to the spot. Kane stepped up to dispatch the penalty past Illan Meslier for his 10th league goal of the season.

Leeds were still a big threat but Tottenham doubled their lead thanks to the country's most lethal duo.

Kane did well on the right and whipped in an instinctive pass for Son to sweep home a first-time effort to notch up his century for the club in all competitions.

Incredibly, it was the 13th time they have combined for a Tottenham goal in the Premier League this season, equalling the record set by set by Alan Shearer and Chris Sutton for Blackburn Rovers in the 1994-95 season.

It was tough on Leeds who again showed why they have been such a welcome addition to the top flight, but their fate was sealed five minutes after the break when defender Alderweireld met Son's corner with a header that Meslier could not prevent from crossing the line.

It was the 33rd goal Leeds have conceded in the league this season -- a tally topped only by West Bromwich Albion -- and but for Meslier they could have fallen to a heavier defeat, although that would have been extremely harsh.

© Copyright 2021 Reuters Limited. All rights reserved. Republication or redistribution of Reuters content, including by framing or similar means, is expressly prohibited without the prior written consent of Reuters. Reuters shall not be liable for any errors or delays in the content, or for any actions taken in reliance thereon.
Related News: Tottenham Hotspur, Leeds United, Jose Mourinho, Harry Kane, IMAGE
SHARE THIS STORYCOMMENT
Print this article 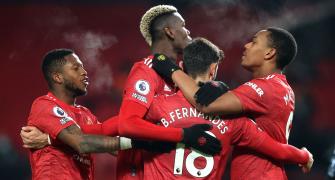 EPL: Man United close in on Liverpool with Villa win 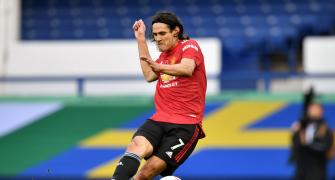 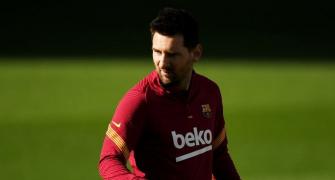 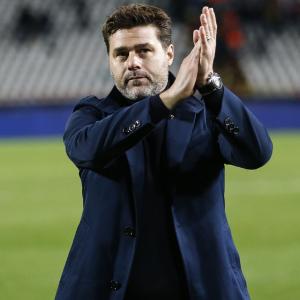 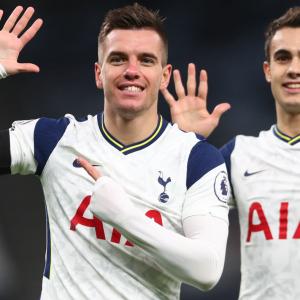