News
Business
Movies
Sports
Cricket
Get Ahead
Money Tips
Shopping
Sign in  |  Create a Rediffmail account
Rediff.com  » Sports » 'I'm sorry but the truth is Man United is not in balance now' Playing spectacular football is all well and good but Manchester United must find the right balance in both areas of the pitch if they want to be successful this season, manager Louis van Gaal has said.

After winning their last two Premier League matches against West Ham and Everton, United have risen to fourth in the table with 11 points from seven matches.

But despite showing plenty of attacking flair in their recent resurgence, United's defensive frailties have been all too evident this season, and Dutchman Van Gaal wants to see a more rounded performance against West Bromwich Albion on Monday.

"We need more balance, I said that after the Everton match. I'm looking for balance in the team, not just spectacular attacking football," Van Gaal told a news conference.

"When you lose the ball, you must have a shape as a team and then you can defend more easily. You can kill the game better.

"I don't think that we are in balance now. I am sorry to say that, but it is the truth. We are moving forward in training sessions, though, and evaluating those sessions. I hope that we shall improve." Captain Wayne Rooney is still suspended after being sent off against West Ham, but the injury crisis which Van Gaal labelled as the worst of his managerial career appears to be easing.

England defenders Chris Smalling and Phil Jones have both returned to full training during the international break, while midfielder Michael Carrick is also nearing a return after an ankle injury.

"This morning (Friday), we didn't need any players from the second team and that is a plus," Van Gaal said. "I am very happy because there are no injuries from the international games."

Rooney will be a big absence: the striker has scored in his last six Premier League starts against the Baggies. 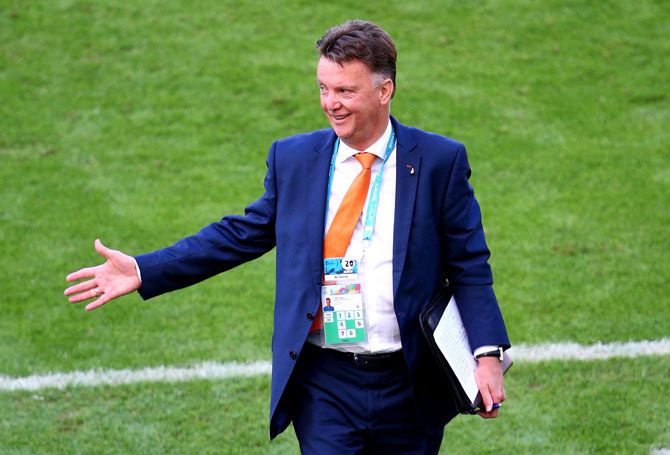 Van Gaal will be desperate to settle his side, having used 30 different players in the league already this season -- more than any other club.

Fourteenth-placed West Brom have made a steady start under new manager Alan Irvine and Van Gaal is expecting a tough examination at The Hawthorns.

"West Brom are very difficult to beat, especially there, in their home," he said. "They play not only long balls but they also play a positional game.

"We have to start with a victory after the international break." 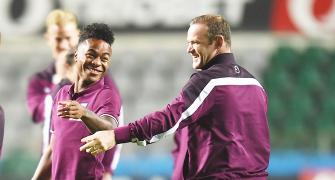 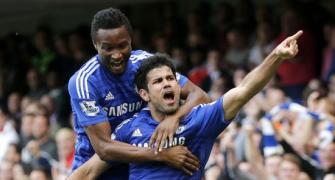 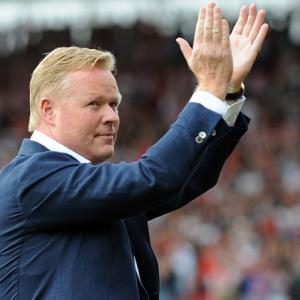