Veteran Didier Drogba showed that he still has a lot of steam left in him as he scored in Chelsea's win over Spurs, while City's Aguero continued to top the goal-scorers' list this season.

Here is a look at images from the EPL matches played across England on Wednesday. 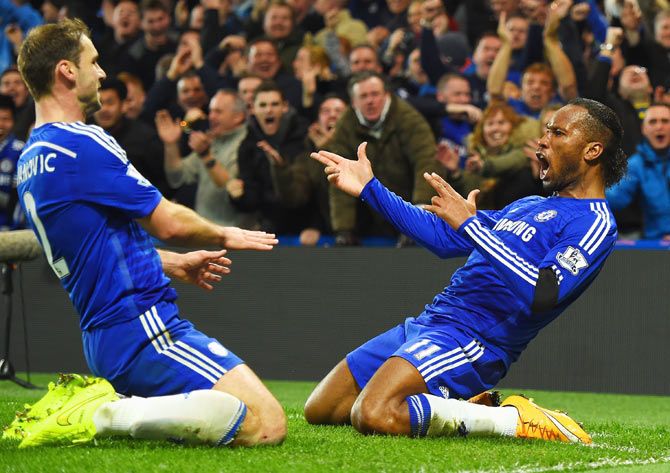 Southampton's challenge suffered further deflation with a 1-0 defeat at Arsenal, but the pacesetters took full advantage with Chelsea making it 21 games unbeaten this season thanks to goals from Eden Hazard, Didier Drogba and Loic Remy.

The 36-year-old Drogba proved a splendid replacement for suspended top-scorer Diego Costa, grabbing his first chance within two minutes of Hazard's 19th-minute opener before his replacement Remy also netted to seal the points. Jan Vertonghen of Spurs pulls on the shirt of Willian of Chelsea as they vie for possession during their match on Wednesday. Photograph: Shaun Botterill/Getty Images

The performance of the seemingly ageless Drogba earned high praise from his teammate Hazard.

"He does everything, he's very important for the team and every game he comes in, he plays very well. It is a pleasure to play with him," the Belgian told Sky Sports.

Chelsea manager Jose Mourinho, promising there would be no let-up in his side's title push, was also delighted.

"Tottenham started better than us and should have scored before us, but after our first goal our team became more stable and confident and we controlled the game," he said.

"I'm really happy with the points, performance and spirit of the players."

The only cloud on the horizon for Mourinho was that his towering midfield anchor, Nemanja Matic, will be unavailable for Saturday's match at Newcastle after picking up a suspension for his fifth booking. Manchester City's Sergio Aguero celebrates his second goal against Sunderland during their English Premier League match at the Stadium of Light in Sunderland on Wednesday. Photograph: Andrew Yates/Reuters

Chelsea's victory, which continued their amazing record of being unbeaten by Spurs at Stamford Bridge for 24 years, maintained their six-point lead over City, who came from behind to crush Sunderland at the Stadium of Light.

The champions were once again grateful to the league's leading marksman Sergio Aguero who produced a sublime display, scoring twice with his 13th and 14th league goals of the season.

The Argentine struck two minutes after Connor Wickham had put Sunderland ahead on 19 minutes, equalising with the sweetest of strikes.

He then set up Stevan Jovetic six minutes before the break, Pablo Zabaleta added a third and Aguero, in the 71st minute, completed the rout. 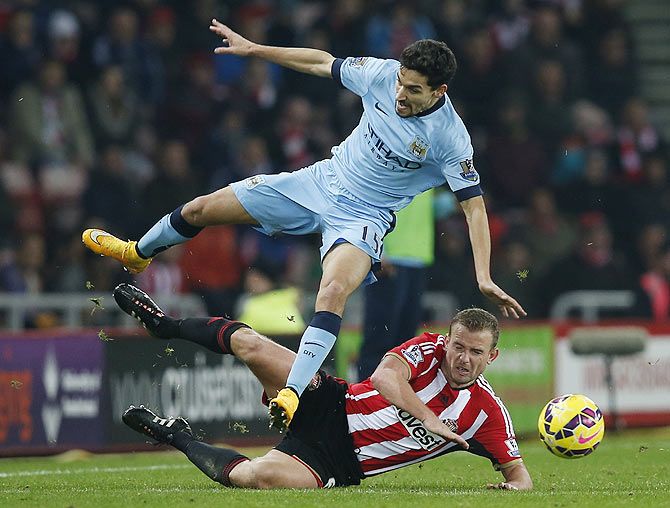 Extraordinarily, it meant that Aguero, the man with the best goals per game strike rate in Premier League annals, has now scored 30 in his last 33 league matches for City.

City manager Manuel Pellegrini had bad news for Premier League defenders too by suggesting that we have not seen the best from the Argentine yet.

"Sergio is only 26 and he can improve every day," he told the BBC.

"At the moment we are seeing very high performances from him. Not only is he scoring but he's playing well as well." 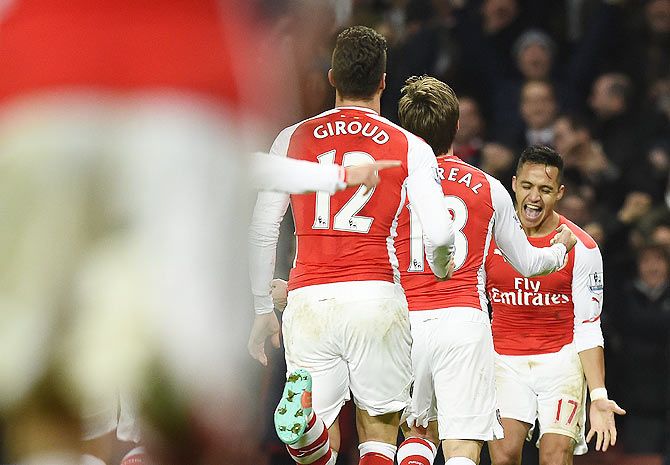 Southampton, whose high-flying start to the season was arrested in a 3-0 defeat by City on Sunday, slumped to a second successive defeat with an 89th-minute Alexis Sanchez goal finally breaking their resistance at the Emirates.

The Chilean once again proved why he has been one of the buys of the season when he latched on to Aaron Ramsey's cut back and scored his ninth Premier League goal of the campaign.

Arsenal are now 10 points adrift of Chelsea but for most of the night, it had seemed that Fraser

Forster's heroic efforts in the Southampton goal -- he made three brilliant saves from Danny Welbeck and Olivier Giroud -- would earn them a point. 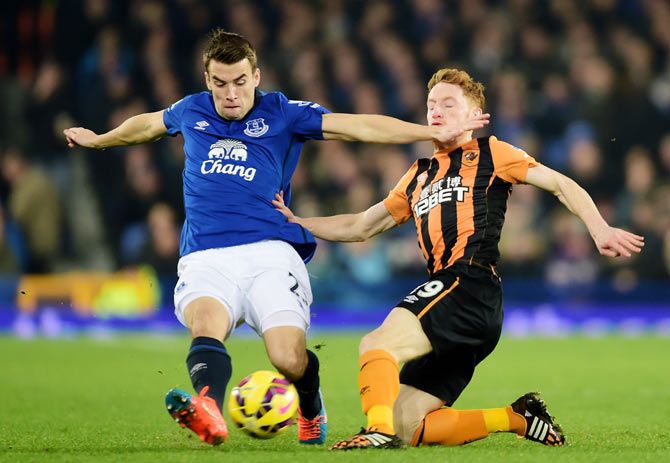 "Alexis Sanchez can dig deep and has such desire and a will to win, he still finds that resource to get you something special," Arsenal manager Arsene Wenger said.

The victory lifted Arsenal into sixth place, 13 points behind Chelsea.

Hull City squeezed out of the relegation zone with a 1-1 draw at Everton, Sone Aluko scoring a 59th-minute equaliser after a superb 34th-minute Romelu Lukaku effort for the home side.

© Copyright 2021 Reuters Limited. All rights reserved. Republication or redistribution of Reuters content, including by framing or similar means, is expressly prohibited without the prior written consent of Reuters. Reuters shall not be liable for any errors or delays in the content, or for any actions taken in reliance thereon.
Related News: Chelsea, Sunderland, Didier Drogba, Manchester City, Sergio Aguero
COMMENT
Print this article 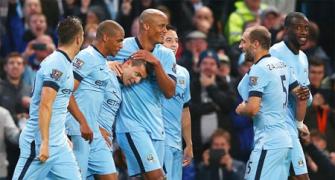 'Manchester City were never out of the fight for the title' 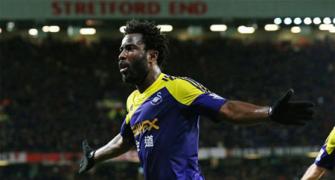 Swansea would only sell Bony for 'astronomical fee' 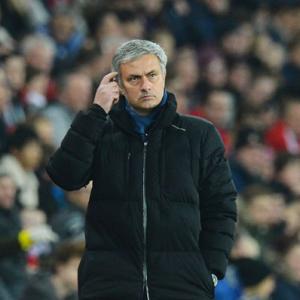 'Chelsea hasn't lost in four months, so the team should feel good'