Manchester delight as United and City march on

Premier League pacesetters Manchester United and Manchester City ground out wins to stay clear at the top while Arsenal remained in dogged pursuit with a 3-0 victory at Birmingham City on Saturday.

At the other end of the table, Joe Cole struck in stoppage time to earn Liverpool a much-needed 2-1 victory over Bolton Wanderers.

United were well below their best but triumphed 2-1 at West Bromwich Albion with goals by Wayne Rooney and Javier Hernandez after the hosts missed a penalty.

Carlos Tevez also missed a spot kick but City got away with it as Adam Johnson's 34th-minute goal was enough to clinch a 1-0 home win over Blackpool. 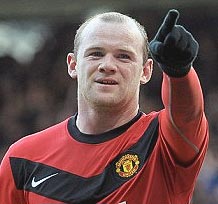 Arsenal will be delighted to have succeeded where United, Chelsea and Tottenham Hotspur failed this season by winning at St Andrews.

They took the lead after 13 minutes when Robin van Persie's free kick took a deflection and doubled it after 58 when Samir Nasri expertly finished off a quickfire move with his 13th goal of the season.

Birmingham, perhaps tired from the fightback which earned a 1-1 draw against United in midweek, struggled to keep up and when Nasri and Cesc Fabregas caused mayhem in the home defence after 66 minutes a Roger Johnson own goal completed the victory.

With Chelsea in action against Aston Villa on Sunday, Tottenham moved back to fourth on 36 points after Gareth Bale's early header secured a 1-0 victory over Fulham.

Sunderland, who suffered their first home defeat of the season against Blackpool in midweek, recovered with a 3-0 home win over Blackburn Rovers to rise to the heady heights of sixth.

West Ham United beat Wolverhampton Wanderers 2-0 to climb off the bottom and out of the relegation zone after two wins and two draws from their last four games. Stoke City also overcame Everton 2-0.

Manchester United were off the pace throughout their early match at the Hawthorns but somehow came away with all three points.

They went ahead after three minutes with a Rooney header, his first club goal in open play since March, but West Brom equalised when James Morrison stroked in a superb shot from the edge of the box after 14.

West Brom, who had a good penalty claim turned down in the first half, were awarded one after 63 minutes but Peter Odemwingie sent his effort horribly wide and they paid the price when Hernandez came off the bench to head in a Rooney corner after 75 minutes.

"It is a massive result for us today, a lot of games you have to battle and we had to do that today," United manager Alex Ferguson told Sky Sports.

"Our two centre-halves were magnificent and I thought Wayne Rooney was outstanding, he was unbelievable, he drove us on."

Tevez will rarely have had so many chances without scoring as he was on the end of most of City's attacking moves.

After a couple of early near misses the visitors went ahead when Johnson's deflected shot flew in and then Tevez struck a penalty wide.

The Argentine was through on goal twice more in the second half without finding the net and, having fallen out with the fans last month after briefly saying he wanted to leave, found time to apologise to a section on Saturday after one of his misses.

If Tevez was relieved to hear the final whistle it must have been nothing compared to the feelings of Liverpool manager Roy Hodgson.

After his team's home defeat by Wolves in midweek it was doom and gloom all round when Bolton went ahead through Kevin Davies late in the first half.

Fernando Torres showed a rare glimpse of form with an excellent equaliser before substitute Cole, who has struggled since his close-season move from Chelsea, enjoyed his finest moment to date in a red shirt.

"I thought we played so well, even at 1-1 I wouldn't have been desperately disappointed," said Hodgson. "It showed the character of the players and their determination to turn things round and give us a better 2011 than 2010."

© Copyright 2022 Reuters Limited. All rights reserved. Republication or redistribution of Reuters content, including by framing or similar means, is expressly prohibited without the prior written consent of Reuters. Reuters shall not be liable for any errors or delays in the content, or for any actions taken in reliance thereon.
Related News: Manchester United, Carlos Tevez, Wayne Rooney, Chelsea, ODEMWINGIE MISS West Brom
COMMENT
Print this article 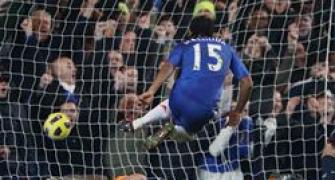 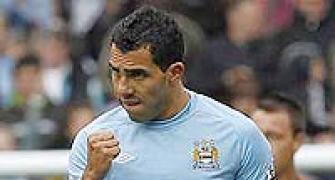 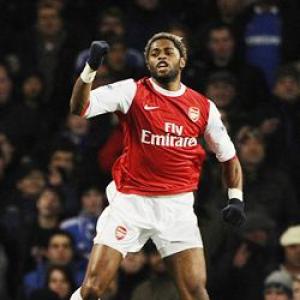 Arsenal too good for Chelsea