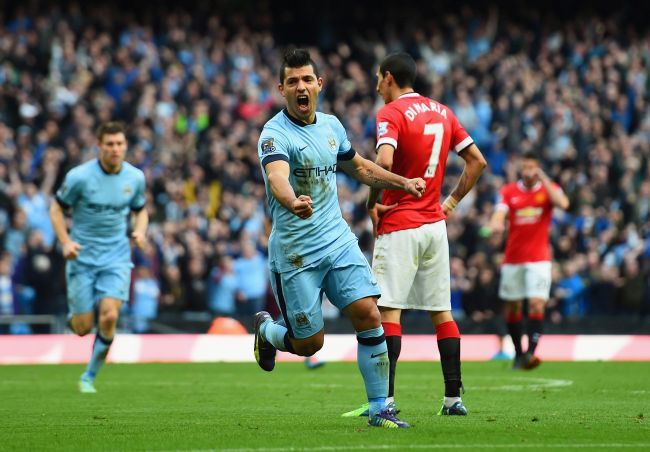 Manchester United's belated resistance proved in vain when they were beaten 1-0 away to Premier League champions Manchester City in Louis van Gaal's first derby as manager.

The clubs' 151st league meeting was decided by a goal from Argentina's Sergio Aguero in the 63rd minute after United centre half Chris Smalling had been sent off in the first half for two yellow cards.

With Rafael Da Silva missing the game and Marcos Rojo forced off in the second half, a makeshift United defence comprising Antonio Valencia, Michael Carrick and teenagers Paddy McNair and Luke Shaw came under increasing pressure.

The surprise was that City were pushed back and suddenly looked edgy once they had scored.

In the end, City were pleased to hang on for a fourth successive league win over the neighbours -- the first time that has happened since 1970.

United's worst start to a season since 1986 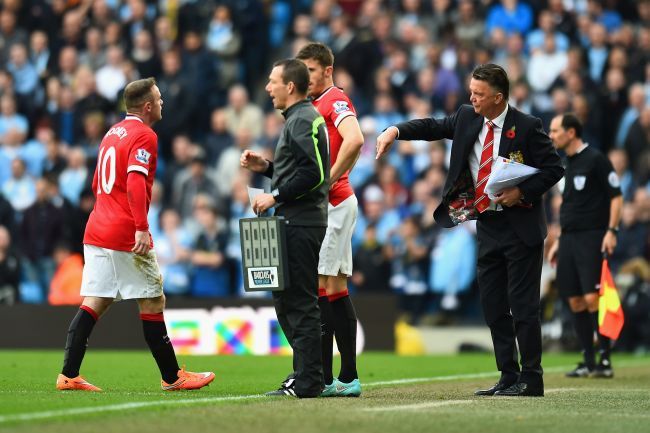 The other depressing historical note for Van Gaal was that he has now presided over United's worst start to a season since 1986, when Ron Atkinson was sacked and Alex Ferguson appointed.

The result left United in ninth place, with 13 points from 10 games and no away wins.

Having lost Aleksandar Kolarov to injury in the warm-up -- Gael Clichy deputising -- City were slow to settle until midway through the first half when United's David De Gea had to make two fine saves in quick succession.

He thwarted Jesus Navas from barely six metres out and then saved from Aguero, both men needing treatment after their subsequent collision. Smalling picked up his foolish first yellow card for raising his foot in attempting to block a clearance by City goalkeeper Joe Hart and seven minutes before halftime he clearly fouled James Milner and was dismissed.

United, who brought on Carrick for his first appearance of the season after a long injury, could have conceded two penalties in the last few minutes before the interval but referee Michael Oliver gave them the benefit of the doubt as City appealed for apparent fouls against Aguero by Marouane Fellaini and Yaya Toure by Rojo.

The visitors were then forced into another change, Rojo suffering a shoulder injury and having to be replaced by 19 year-old Northern Irish centre back McNair.

Ten minutes later Toure's pass sent Clichy to the byline and he cut the ball back for Aguero to hook in his 10th league goal of the season. 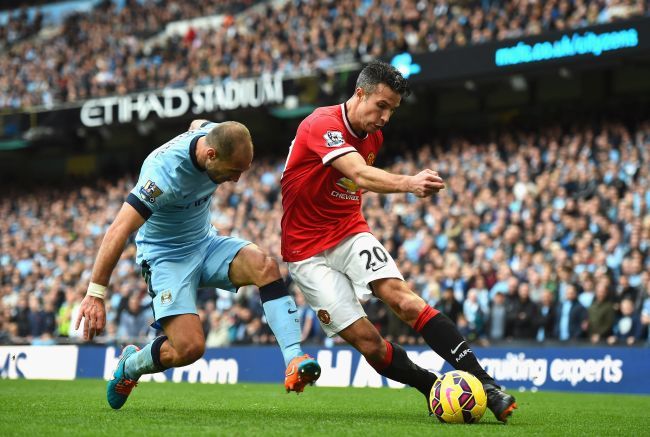 After 70 minutes, Joe Hart had to save at the near post from Robin van Persie and shortly afterwards he denied Angel Di Maria.

That followed a driving run by Wayne Rooney, back in the side after missing three matches through suspension, who had been adopting a deep-lying role even before the sending off.

Fellaini was then guilty of a bad miss, heading wide from close range in United's best spell of the game.

Sending on Edin Dzeko and Sami Nasri for Stevan Jovetic and Milner failed to give City any fresh impetus, although Navas did hit the outside of a post.

City were relieved to hear the final whistle as captain Vincent Kompany admitted in telling Sky Sports: "You miss a couple of chances and seem to lose a little control. They played well towards the end. But we stayed strong for a clean sheet and a good derby win."