Manchester City, inspired by the outstanding David Silva and playing with new-found attacking panache, won 3-2 at Bolton Wanderers to go top of the Premier League Sunday.

City, whose billionaire owner Sheikh Mansour has spent hundreds of millions transforming the club into title challengers, lead the early standings on goal difference from Wolverhampton Wanderers who also have six points from two games after their 2-0 win over Fulham.

City, who beat Swansea City 4-0 Monday, took their tally to seven goals from two matches with another fine attacking performance sparked by Silva who opened the scoring after 26 minutes with a low shot that Bolton keeper Jussi Jaaskelainen allowed to slip through his grasp.

The Finnish keeper had no chance with the next long-range effort 12 minutes later when Gareth Barry thundered the ball home, but Bolton, who started the match in good spirits after their opening 4-0 win at Queens Park Rangers, were quickly back in contention.

A fine move ended with Martin Petrov crossing for Ivan Klasnic to sweep a low volley past Joe Hart, but City regained their lead two minutes into the second half when Edin Dzeko maintained his good run of scoring form with a well-taken drive after holding off Zat Knight. 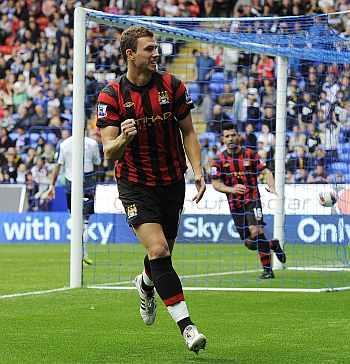 But City held firm, finishing the match with substitute Carlos Tevez on the pitch in place of a tiring Sergio Aguero, a sight many City fans did not expect to see again following a summer in which he has made no secret of his desire to leave the club.

City manager Roberto Mancini said he was relieved to leave with three points.

"I can't believe we suffered all the way to the end, but Bolton are a good team and tried to score," the Italian told Sky Sports.

"But we can't concede two goals like we did, we have to pay more attention."

City, who have qualified for the Champions League for the first time and are chasing their first title since 1968, have started well but Mancini knows they still have to improve to wrest the crown from United.

"We need to score 15 more goals than we did last season and concede less if we want to have a good season," he said.

Wolves, who won the last of their three titles in 1959, have no real chance of repeating that but have made their best start to a top-flight campaign since 1979 by following up last week's win at Blackburn Rovers with victory over Fulham.

They went ahead when Kevin Doyle finished clinically after riding two challenges after 42 minutes and they doubled their lead through Matt Jarvis just before halftime.

It was Fulham's first defeat in nine matches since Martin Jol took over at Craven Cottage but the Dutchman was keen to play down his team's involvement in the Europa League.

"You can be tired in October or November but not now and that wasn't the reason," he said. "We gave the ball away too much in the first half but played better in the second, but Wolves deserved it."

Wolves manager Mick McCarthy said: "We did have an advantage because they played Thursday and today we footballed them off the pitch."

In the day's other match, 10-man Norwich City were denied their first win of the season when Stoke City's Kenwyne Jones headed in a stoppage-time equaliser at Carrow Road to secure his side a 1-1 draw.

Ritchie de Laet had scored against his old club to put the Canaries in front after 37 minutes.

Stoke missed a chance to equalise when Norwich's Leon Barnett was sent off for a foul on Jon Walters who took the resulting penalty which was saved by keeper John Ruddy.

© Copyright 2022 Reuters Limited. All rights reserved. Republication or redistribution of Reuters content, including by framing or similar means, is expressly prohibited without the prior written consent of Reuters. Reuters shall not be liable for any errors or delays in the content, or for any actions taken in reliance thereon.
Related News: Bolton, David Silva, Fulham, Roberto Mancini, Ritchie de Laet
COMMENT
Print this article 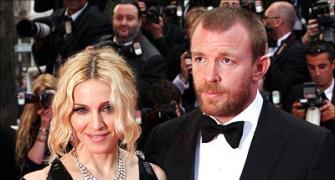 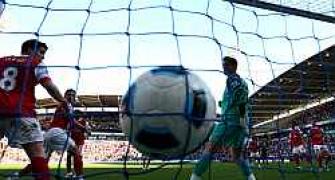 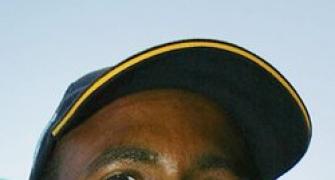 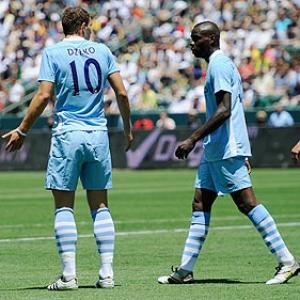 Balotelli back in Mancini's bad books 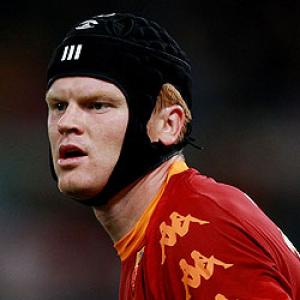