Malaysian entrepreneur Tony Fernandes completed the takeover of Premier League club Queens Park Rangers on Thursday and promised to take the club to new heights in the next few years.

Fernandes, who makes no secret of the fact he is a West Ham United fan, was presented to the media at the club's Loftus Road ground with team manager Neil Warnock, who got the new owner's full backing, and returning vice-chairman Amit Bhatia.

Fernandes said he would be relying on Bhatia's support "in taking what I consider to be an unpolished diamond to become a fully-fledged diamond over the next period of years.

"To the fans I say I will do my best and leave no stone unturned in taking QPR to higher heights.

"For me the main aim now is to see us remain in the Premier League and, with these gentlemen (Warnock and Bhatia), to build a club you will be proud of. We will get everyone involved in trying to make this club a much better club." 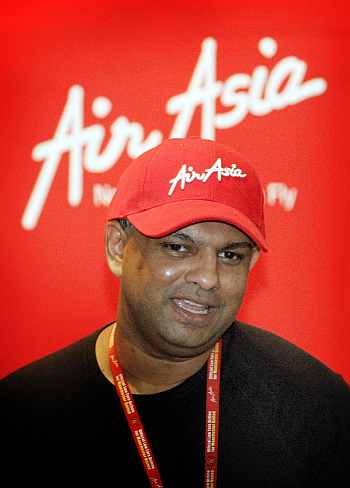 Fernandes, who tried to buy West Ham in the past, said he had always had a soft spot for QPR, a club that have traditionally played some attractive soccer, but rarely challenged for the game's major honours.

"I used to live in the Uxbridge Road (close to the west London ground) and saw my first live match at Loftus Road," he said, "but I never imagined that one day I would become chairman."

"Tony is now the majority shareholder with 66 percent and will also be the new chairman" he said.

Bhatia, son-in-law of the Indian steel billionaire Lakshmi Mittal who owns 33 percent of the club, confirmed that his family would retain their stake and that he would return to the position of vice-chairman which he left last season following a dispute with the previous owners.

Rangers, who won the Championship (second division) title last season, are back in the Premier League after a 15-year absence but made a terrible start to the new campaign when they lost 4-0 at home to Bolton Wanderers on Saturday.

Questions over QPR's ownership and the future of Warnock, who arrived at the club in March 2010, overshadowed the build-up to their first season in the top flight since 1996.

After being robustly supported by Fernandes and Bhatia, Warnock, sitting next to them on the podium, said: "I think it is a momentous day for the club. I am as excited today as I was when I shook Amit's hand when I arrived at the club.

"To get Tony on board and listen to his ideas and plans for the club, not just for the first team but for the whole club, means that everyone associated with QPR should be very excited.

"We have got to the Promised Land, but we want to stay there and build a club for the future and that doesn't happen overnight.

"I think everything about today is great and positive and we have some days left before the transfer window ends to bring targets to the club to take us where we want to be."

QPR's best league season was in 1975-76 when they finished runners-up to Liverpool by one point in the old first division. They were also FA Cup runners-up in 1982, when, as a second division side they lost to Tottenham Hotspur after a replay.

Their most famous triumph came in 1967 when, as a third division club, they beat top flight West Bromwich Albion 3-2 to win the first League Cup final played at Wembley Stadium.

© Copyright 2021 Reuters Limited. All rights reserved. Republication or redistribution of Reuters content, including by framing or similar means, is expressly prohibited without the prior written consent of Reuters. Reuters shall not be liable for any errors or delays in the content, or for any actions taken in reliance thereon.
Related News: Queens Park Rangers, Malaysian Fernandes, Bhatia, Neil Warnock, West Ham United
SHARE THIS STORYCOMMENT
Print this article 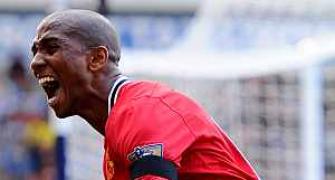 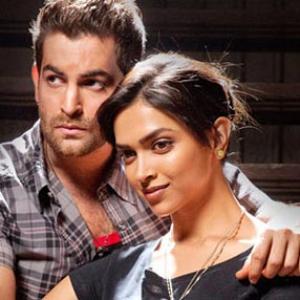 Is Neil Nitin Mukesh in love with Deepika?