India's Olympic qualifier hockey tournament for men will feature a team less, as Egypt has pulled out of the event due to financial problems caused by political strife in the county.

Seif Ahmed, president of Egypt's hockey federation, said Egypt had intimated to the International Hockey Federation (FIH) that it would not be playing in the qualifying competitions.

Egyptian men's hockey team finished second behind South Africa in the All-Africa Games, where a victory would have secured them a direct spot in the Olympic line-up.

Out of 12 teams to feature in the Olympic Games, nine places have already been allocated, and the remaining three will come from three Olympic Qualfiers to be played in India, Ireland and Japan.

Eight-time gold medalists India will play at home in the New Delhi qualifier, where the other contenders for the lone Olympic Games spot are now be Canada, France, Poland and the United States. 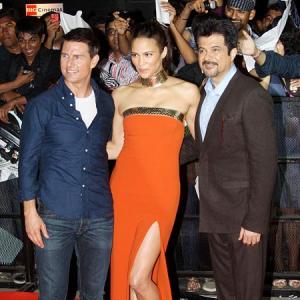 Tom Cruise: I would love to come back to India