Injury-hit East Bengal will have to overcome stiff challenge from resurgent Prayag United SC when the two local teams lock horns, in what promises to be a thrilling second semifinal contest of the 33rd Federation Cup in Kolkata, on Sunday.

Aiming for a hat-trick of titles to match the feat of Mohun Bagan, seven-time champions East Bengal, have a lot of problems going into their semi-final match at the Yuba Bharati Krirangan.

Mehtab Hussain, a vital cog in East Bengal's wheel, is down with a groin injury making the playmaker's availability in the match uncertain.

To make matters worse, a suspended Robin Singh will have to sit out, while Australian Tolgay Ozbey, Harmanjot Khabra and Raju Gaikwad are suffering from niggling injuries.

Mehtab, Robin and Tolgay have been the three most important players in coach Trevor James Morgan's scheme of things as it was seen in their successful last season.

With one not there and others carrying injuries, the team's balance in the attack will definitely be affected and it remains to be seen how Morgan deals with the situation.

The Englishman will also have some thinking to as far as his backline is concerned with Gaikwad and Khabra too carrying some niggles.

East Bengal had been lucky en route to their semifinal qualification. Dubious refereeing decisions that saw a goal from off-side position and a penalty ruled out in favour of Dempo helped East Bengal make the semifinals, which was even conceded by Morgan.

But it's going to be a different day and a different stage on MOndayand Morgan knows that fully.

"It's hard to replace Hussain. But I hope he has 50-50 chances. However we have reserve players and we are looking forward to the match," Morgan said.

United SC, on the other hand, have shown glimpses of fine coordination with Kerala midfielder Denson Devadas showing signs of his old form that had helped Bengal win Santosh Trophy after a gap of 11 years last year.

Fresh after tying the nuptial knot, Devadas was instrumental in United SC's 2-1 win over Sporting Clube de Goa that sealed their semi-finals berth.

The team has also overcome all odds to reach this stage.

Following an acrimonious break-up with their former sponsors Chirag, United SC's fate hung in the balance before Prayag Group came in to bankroll the side.

"We started our preparation late... Kayne Vincent came about 18 days back while Yusif Yakubu joined two days before the tournament. A lot needs to be done but I'm happy with the way they have shown on the field," Sen said.

But Sen said it's job half-done.

"It is true that our primary goal of emerging group toppers and make semifinal has been achieved. But I have reminded the players that the job is only half-done. The boys have shown tremendous character and I expect them to match up against East Bengal."

He, however, was not ready to take East Bengal lightly.

"They are a very good side under a good coach. We have to play according to the situation," Sen said.

Unlike East Bengal's plight, United SC will have a full strength squad to choose from. 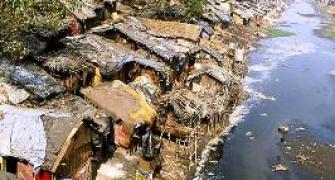