With the Netherlands dominating the speed skating events by winning eight of the 12 available medals so far, including all four golds, Dutch band Kleintje Pils's duties at the Winter Games extend to keeping the party going at Holland House after the night's racing is done. 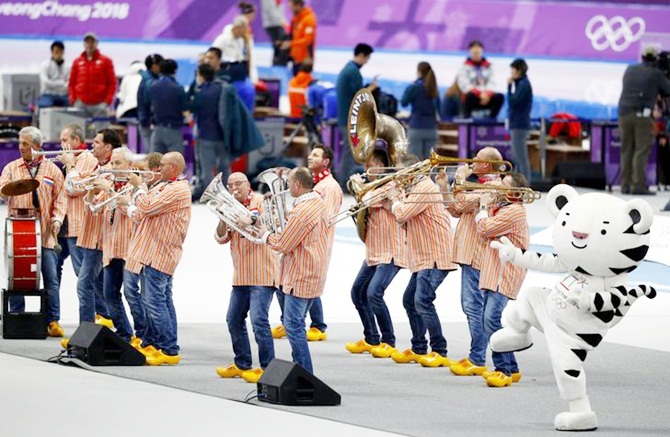 The musicians from the Netherlands entertaining fans at the Gangneung Oval are nearly as fond of K-pop as they are of Dutch speed skater Sven Kramer.

Kleintje Pils, who first played at the Nagano Games 20 years ago, have become a fixture of the Winter Olympics, and in Korea they have the audience grooving to their version of Gangnam Style - Korean rapper Psy's global YouTube hit from 2012.

"We're very pleased to see the Korean people and the audience from all over the world are excited about the way how we play it," band leader Ruud Bakker told Reuters between sets at the Oval.

"It means success with this song to both Korea and us."

Invited to perform by the Korean Olympic committee, the band's stint in Pyeongchang marks their eighth Games appearance, and their performances during ice preparation have been one of the highlights.

With the Netherlands dominating the speed skating events by winning eight of the 12 available medals so far, including all four golds, the band's duties extend to keeping the party going at Holland House after the night's racing is done.

"It's a big party because we have won races, and that means we are happy," Bakker added. "You can see the Dutch fans are always with coloured suits and orange and wooden shoes like we have.

"They sing the songs and they are excited to be here."

The most notable absentee from the big Dutch party was Kramer himself.

The 31-year-old skated into the record books on Sunday by winning his third consecutive Olympic gold medal in the 5,000 metres, but chose not to celebrate at Holland House because he still has work to do.

"Sven will race the 10,000m on Thursday," Bakker said. "The whole country is talking about it. That is the most important race for the whole Olympics, the 10,000m for Sven." IMAGE: Kleintje Pils, who first played at the Nagano Games 20 years ago, have become a fixture of the Winter Olympics. Their stint in Pyeongchang marks their eighth Games appearance. Photograph: John Sibley/Reuters

At the Vancouver Games in 2010, a blunder cost Kramer gold in the 10,000 and he is still searching for victory in the longest Olympic distance.

Kramer finished first in Vancouver, but was disqualified for choosing the wrong lane.

He took silver in Sochi Games four years later behind team mate Jorrit Bergsma, so the 10,000 in Korea has special significance for him.

If he wins, Kleintje Pils will play their part, breaking into Frisian Anthem in honour of the native of Friesland - the northwestern province that has produced some of the best Dutch speed skaters.

"Of course he will want to not only hear the national anthem but most of all the Frisian Anthem because he is born in Friesland, the part of Holland where speed skating is in everyone's blood and heart."

© Copyright 2021 Reuters Limited. All rights reserved. Republication or redistribution of Reuters content, including by framing or similar means, is expressly prohibited without the prior written consent of Reuters. Reuters shall not be liable for any errors or delays in the content, or for any actions taken in reliance thereon.
Related News: Kleintje Pils, Sven Kramer, Ruud Bakker, Holland House, Gangneung Oval
SHARE THIS STORYCOMMENT
Print this article 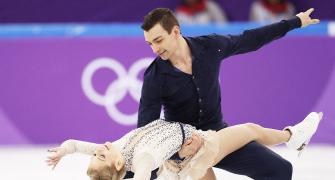 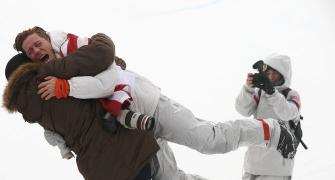 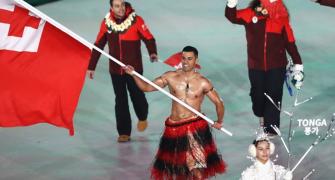 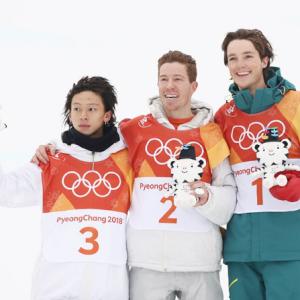 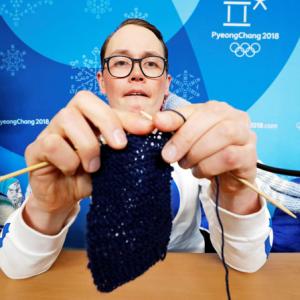