The Serbian Wimbledon champion extended his win streak to nine, wrapping up the final in 75 minutes without facing a break point and booked his place at next month's ATP Finals.

"I'm just very grateful and blessed to be able to play this well at this stage of my life," Djokovic told reporters.

It was the fourth title of the year, for 35-year-old Djokovic and the 90th tour-level trophy of his career.

Greek Tsitsipas has now lost all nine ATP 500 finals he has reached.

Meanwhile, at the Japan Open, Taylor Fritz beat fellow American Frances Tiafoe 7-6(3) 7-6(2) in a tense final on Sunday and claimed his third title of the year. 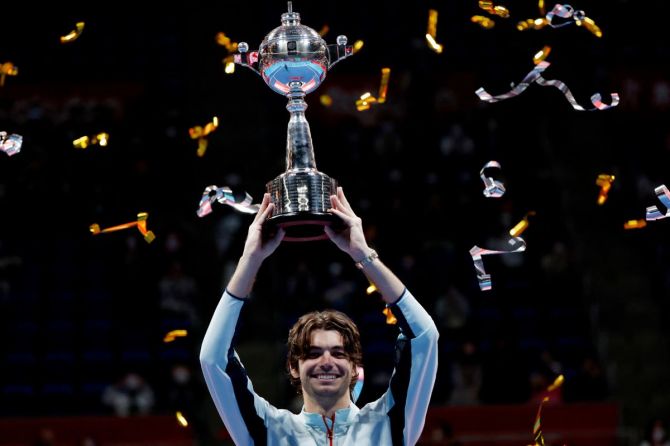 The two 24-year-olds traded breaks in the opening set before the greater consistency of Fritz took him ahead in the tiebreak, and he secured it with a cracking forehand, breaking his opponent's streak of 13 tiebreak wins.

In the tiebreak, Fritz raced into a 6-2 lead with relentless power and accuracy before sealing victory when Tiafoe's forehand went out.

Fritz, who will enter the top 10 in the world rankings on Monday for the first time, dropped his racket and let out a roar after boosting his chances to qualify for November's ATP Finals in Turin, Italy.

"It's crazy, and I couldn't have written it any better," he said after wrapping up the victory in, just under two hours.

"It's exactly what I needed for the Race, for my ranking, to kind of, put me in a good position for the end of the year," he said.

Fritz, the 10th American to win the Japan Open title and the first since Pete Sampras in 1996, also won titles in Eastbourne and Indian Wells this year.

He was in a week-long quarantine in South Korea after contracting COVID-19 and flew to Tokyo on Wednesday, the morning of his first match at the Japan Open.

Tiafoe, Fritz's Laver Cup teammate, still awaits his first title this year but will climb two spots to a career-high 17th in the rankings.

© Copyright 2023 Reuters Limited. All rights reserved. Republication or redistribution of Reuters content, including by framing or similar means, is expressly prohibited without the prior written consent of Reuters. Reuters shall not be liable for any errors or delays in the content, or for any actions taken in reliance thereon.
Related News: AstanaOpen, JapanOpen, Tennis, Djokovic, Tsitsipas
COMMENT
Print this article 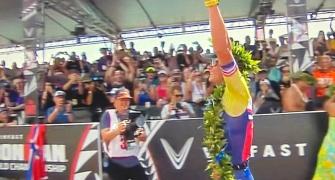 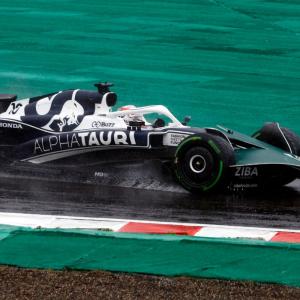 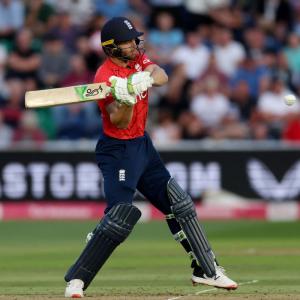