A furious Djokovic went on to smash his racket three times on the court and was met with a chorus of boos from the spectators.

IMAGE: Serbia's Novak Djokovic smashes his racket in anger during his second round match against Germany's Philipp Kohlschreiber at the Rolex Monte-Carlo Masters at Monte-Carlo Country Club in Monte-Carlo, Monaco, on Tuesday. Photograph: Clive Brunskill/Getty Images

World No 1 Novak Djokovic took out his frustration on the racket in a scrappy performance but did enough to overcome German Philipp Kohlschreiber in a 6-3, 4-6, 6-4 win in the second round of the Monte Carlo Masters on Tuesday.

The Serb, who received a first round bye, clinched the first set with penetrating groundstrokes from the baseline but struggled with his serve in the second and serving at 2-3 down was forced to save two break points.

On the third break point opportunity for Kohlschreiber, Djokovic inexplicably hit a backhand volley wide to put his opponent 4-2 ahead.

A furious Djokovic went on to smash his racket three times on the court and was met with a chorus of boos from the spectators.

Two-times winner Djokovic would go on to drop his serve for the fourth time in the set but regained his composure with an early break in the decider.

He maintained the advantage to avenge his Indian Wells second-round defeat by Kohlschreiber last month.

"There were lots of ups and downs. It was not the prettiest of matches," Djokovic, who record his 850th tour-level win, said.

"He played well, but a win is a win. This was a tough first match of the clay season.

"I had to figure out how I needed to move, this kind of match can be expected. It was probably good for me to spend so long on the court."

The defeat left 2014 US Open winner Cilic with just one victory from five matches since January's Australian Open, where he was knocked out in the fourth round. 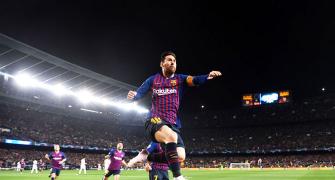 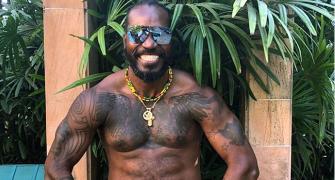 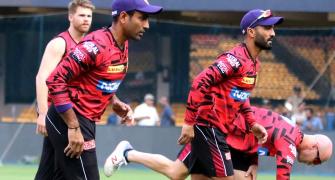 'It's time for Karthik to lift IPL' 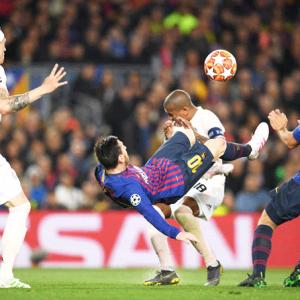 Watch out for Dhoni tonight, folks!