Djokovic practises for Australian Open as he waits for visa ruling 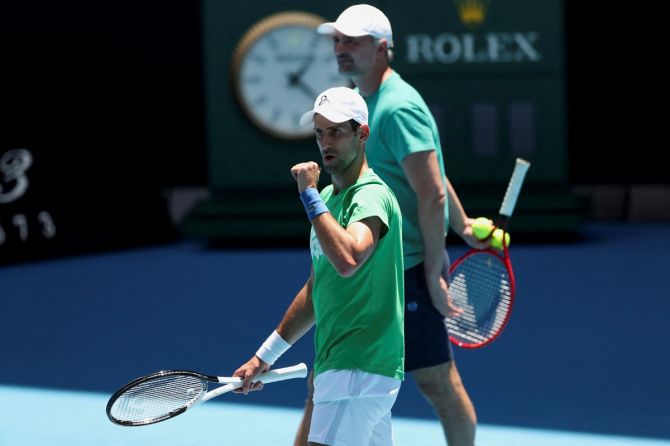 World tennis number one Novak Djokovic took to the court on Friday to practise for the Australian Open as he waited to hear whether Australia will cancel his visa for a second time, threatening his bid for a record 21st major tennis title.

A relaxed looking Djokovic practised his serves and returns with his entourage on an empty court at Melbourne Park, occasionally resting in a chair to wipe sweat from his face.

Djokovic, the defending champion, was included in Thursday's draw as top seed and was due to face fellow Serb Miomir Kecmanovic for his opening match, probably on Monday or Tuesday.

A decision to again cancel his visa over COVID-19 entry regulations could set up a second court battle by the Serbian tennis star, after a court quashed an earlier revocation and released him from immigration detention on Monday.

Melbourne's The Age newspaper cited a source in Prime Minister Scott Morrison's Liberal Party as saying the government was "strongly leaning" towards revoking the visa again.

Djokovic, a vaccine sceptic, fuelled widespread anger in Australia when he announced last week he was heading to Melbourne for the Australian Open with a medical exemption to requirements for visitors to be inoculated against COVID-19.

On arrival, Australian Border Force decided his exemption was invalid and put him in an immigration detention hotel alongside asylum-seekers at for several days.

Australia has endured some of the world's longest lockdowns, has a 90% vaccination rate among adults, and has seen a runaway Omicron outbreak bring nearly a million cases in the last two weeks.

Finance Minister Simon Birmingham said on morning television on Friday that visa decisions were a matter for the country's Immigration Minister Alex Hawke, but the policy settings of the government overall were "crystal clear".

"That is that people who enter Australia who are not Australian citizens should be double dose vaccinated unless they have a clear and valid medical exemption against that," he said on Channel 9's Today Show.

An online poll by the News Corp media group found that 83% favoured the government trying to deport the tennis star.

"No-one really thought they could come to Australia unvaccinated and not having to follow the protocols ... it takes a lot of daring to do and putting the grand slam at risk, which I don't think many players would do," Tsitsipas said in an interview with India's WION news channel.

"The stats say 98 per cent of players have been vaccinated and did what they had to do in order to come and perform and play in Australia," he said.

The saga has intensified global debate over rights of choice for vaccines and become a tricky issue for prime minister Morrison as he campaigns for re-election.

Australia is due to hold an election by May, and while Morrison's government has won support at home for its tough stance on border security, it has not escaped criticism over the botched handling of Djokovic's visa.

Fans, however, including many Serbian Australians, gave him noisy support when he was detained, anti-vaxxers have hailed him as a hero, and his family have portrayed him as a champion for individual rights.

The Committee for Melbourne, which represents business and arts leaders, says the city's reputation for hosting events has been damaged by the dispute.

"The Djokovic visa and vaccination saga has reflected poorly on all those involved, which is a tragedy considering the excellence of our infrastructure and tournament planning," Chief executive of the committee Martine Letts told The Age.

© Copyright 2022 Reuters Limited. All rights reserved. Republication or redistribution of Reuters content, including by framing or similar means, is expressly prohibited without the prior written consent of Reuters. Reuters shall not be liable for any errors or delays in the content, or for any actions taken in reliance thereon.
Related News: Novak Djokovic, Australia, Scott Morrison, Melbourne Park, Stefanos Tsitsipas
COMMENT
Print this article 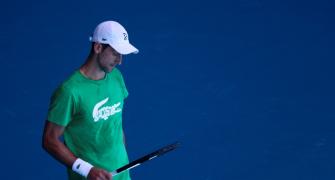 Australian Open crowds to be capped due to COVID 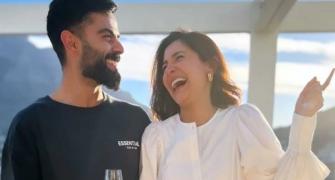 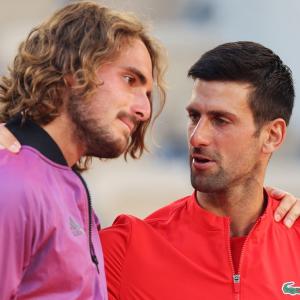 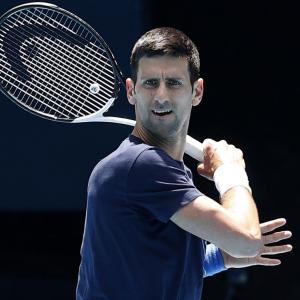