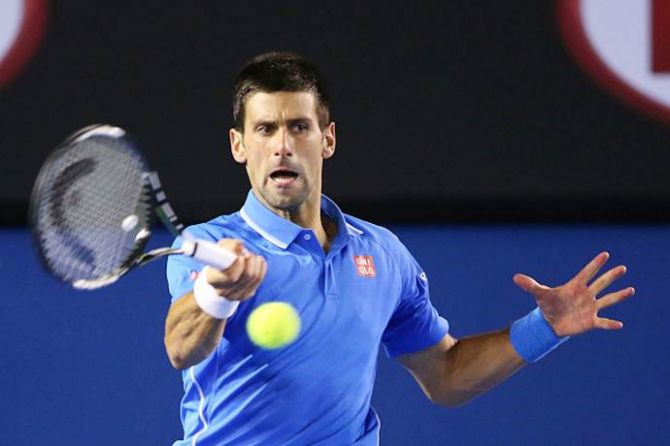 Novak Djokovic of Serbia plays a forehand during his semi-final match against Stanislas Wawrinka of Switzerland at the Australian Open. Photograph: Scott Barbour/Getty Images

Though not quite the level of their thrilling marathons at the last two tournaments, the grinding 7-6(1), 3-6, 6-4, 4-6, 6-0 win under the lights of Rod Laver Arena was riven by tension until the final one-sided set.

Both players had their chances, with Djokovic fluffing his lines when 2-0 up and closing in on victory in the fourth set.

Wawrinka clawed his way back, breaking the Serb and saving three break-points with some brilliant play before roaring on to force a fifth set. 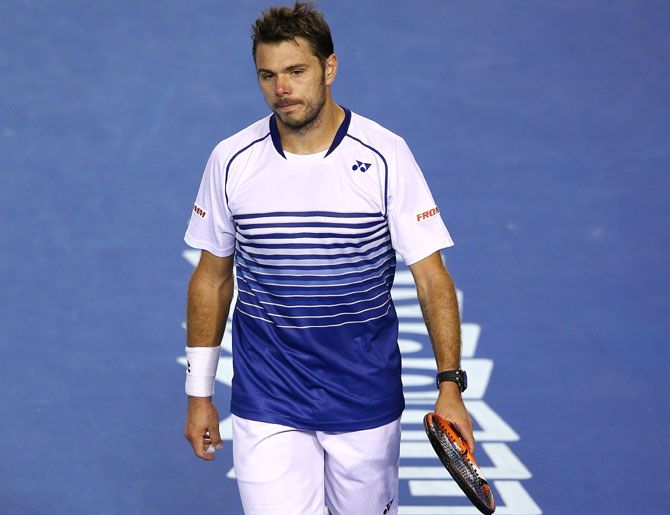 Stanislas Wawrinka of Switzerland reacts to a point in his semi-final against Novak Djokovic of Serbia at the Australian Open. Photograph: Hannah Peters/Getty Images

Fourth seed Wawrinka had a chance to break Djokovic in the opening game of the decider, but blasted a backhand long.

From there he promptly crumbled.

With Wawrinka double-faulting twice to gift Djokovic the break, the steely-eyed Serb marched on, setting up match-point with a searing backhand down the line and closing it out when his opponent struck his 69th unforced error.

Though having played far from his best tennis, Djokovic will bid to become the first man in the professional era to win five titles at Melbourne Park on Sunday when he faces Murray, who he defeated in the final in 2011 and 2013. 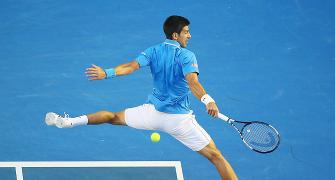 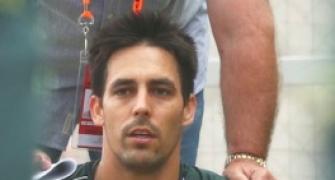 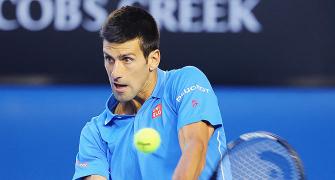 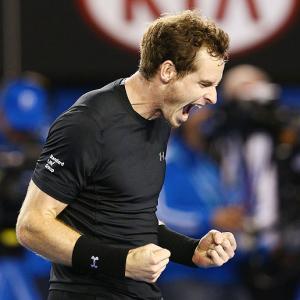 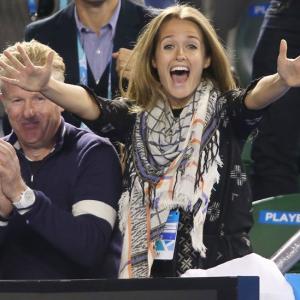