Alessandro Del Piero aims to stir a latent passion for soccer among the Australian people in his two years playing at Sydney FC, the Italy and Juventus great said on Monday.

The 37-year-old striker, who will be paid A$2 million a year, also welcomed the huge weight of expectation on him to make a big impression in a country where soccer trails Australian rules football and the rugby codes in popularity. 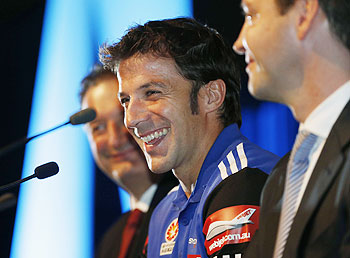 "I know it is a young league but I know a lot of Italian, English, Greek and people from the former Yugoslavia emigrated to Australia," Del Piero, who arrived in Australia on Sunday, told his first news conference.

"Everyone here has soccer in their blood and we hope to awaken that and get them as passionate about football as they are about other sports."

Del Piero, who was released by Juventus in May after 19 seasons with the Turin club, said the decision to turn down offers from clubs in Europe and other parts of the world to come to Australia's A-League had been relatively simple.

"Most of my friends said, 'okay, you want to move but there are a lot of places closer," he said. "But I chose the best place for me. It was easy because of the project, it was very interesting for me.

Persuading his family was another matter and Del Piero said he had used Australia's distinctive fauna to sell the move to his son.

"Tobias is four-years-old and doesn't understand much so I told him we were going to a place like a zoo where we could see kangaroos," he joked.

Del Piero said he had not seen much of the A-League but was not daunted by the prospect of playing in intense heat.

"In Italy, we sometimes play in minus five, minus 10 degrees (Celsius), I know that doesn't happen, which is good for me," he said, with another laugh.

The 91-cap international also deployed humour when discussing the controversial penalty awarded for a challenge on Fabio Grasso which gave 10-man Italy victory over Australia in the round of 16 at the 2006 World Cup.

"I talk to Fabio many times and he said he was really tired as it was the end of the extra time and that, or the wind, is probably why he went down," said Del Piero, who was a member of the team that went on to lift the World Cup.

"Joking aside, sometimes everything works for you and that's what happened in 2006. It was perfect for us."

Sydney FC were fifth in the A-League last season and knocked out of the post-season playoffs in the first round but will be expected to challenge for a third title this year with Del Piero on board.

"I know there's a lot of expectation and I love that," Del Piero said.

"I played 19 years in Juve and in Juve you have to win every game, every year, and fortunately a lot of the time that happened.

"I have played to win all my life and I'm here to win, not pass my time. Victory is not something you achieve on paper, you have to do it and I'm here with that goal."

The eighth season of the league begins in early October with Del Piero likely to make his debut against Wellington Phoenix in New Zealand on October 6.

© Copyright 2021 Reuters Limited. All rights reserved. Republication or redistribution of Reuters content, including by framing or similar means, is expressly prohibited without the prior written consent of Reuters. Reuters shall not be liable for any errors or delays in the content, or for any actions taken in reliance thereon.
Related News: Del Piero, Australia, Fabio, Juventus, Sydney FC
SHARE THIS STORYCOMMENT
Print this article 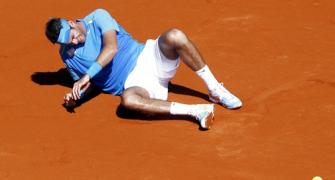 Davis Cup: Czechs go 2-1 up as Del Potro pulls out 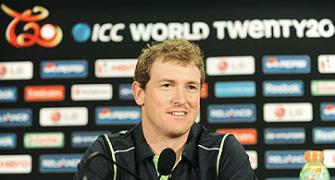 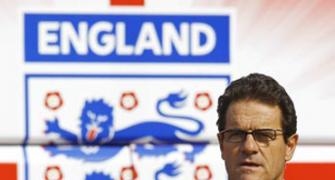