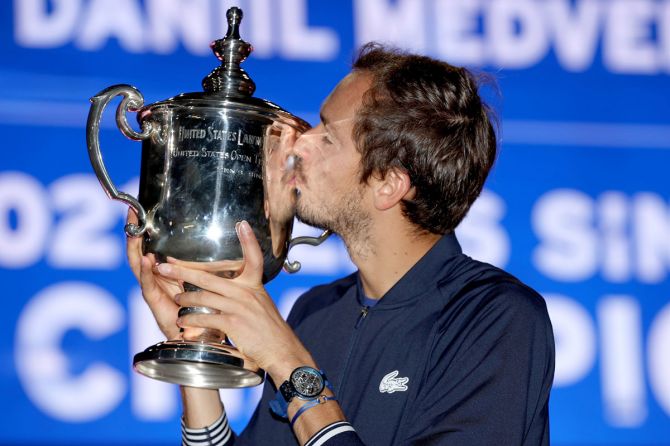 Competing just a stone's throw from the bright lights of Broadway, Daniil Medvedev delivered the performance of a lifetime to win the US Open on Sunday and deny Novak Djokovic a rare calendar year Grand Slam.

The Russian won the year's final major 6-4, 6-4, 6-4, though the straight-sets victory was anything but routine as Medvedev had to grit his teeth and battle through cramp to close out the match, keeping the pain hidden to avoid giving Djokovic the scent of blood.

"If you really look the replay, when I walked to the towel, my leg was just going behind. I was trying not to show it. If Novak feels it, it's not good." 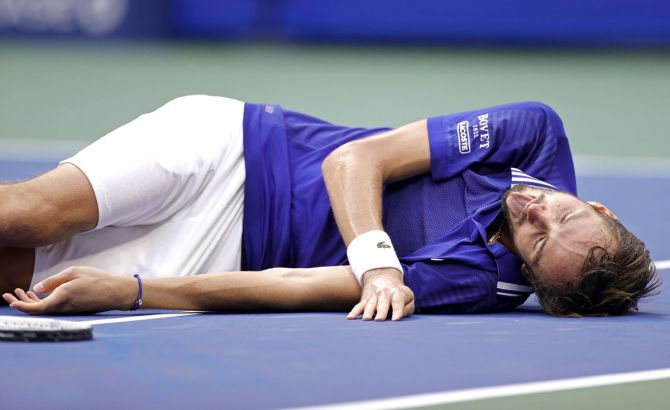 IMAGE: Daniil Medvedev served up a unique victory pose, flopping to his side in a "dead fish celebration" with his tongue stuck out, a move the avid gamer said he learned from a FIFA video game. Photograph: Matthew Stockman/Getty Images

Medvedev had dropped just one set on the way to the final and ripped through each of his first four matches in under two hours, determined to finally get his hands on a Grand Slam trophy.

He had come close here two years ago, coming up short in the final after a five-set thriller against Rafa Nadal.

But he was still widely regarded as the underdog when he arrived at Arthur Ashe Stadium on Sunday, after losing to Djokovic in straight sets at the Australian Open final earlier this year.

"For the confidence and for my future career, knowing that I beat somebody who was 27-0 in a year in Grand Slams, I lost to him in Australia, he was going for huge history, and knowing that I managed to stop him it definitely makes it sweeter and brings me confidence for what is to come on hard courts," he said.

"But let's see about other surfaces." 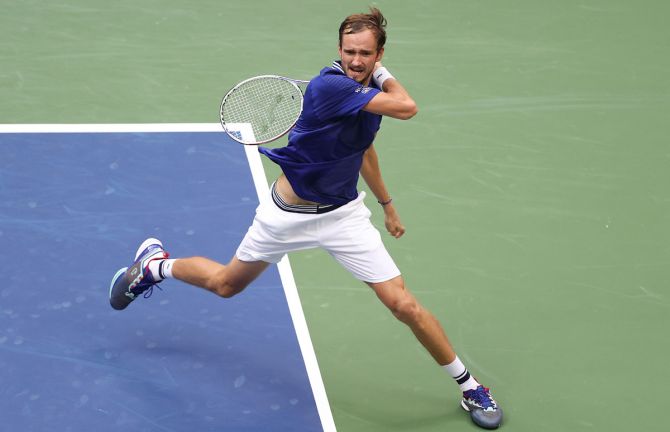 IMAGE: Daniil Medvedev had dropped just one set on the way to the final and ripped through each of his first four matches in under two hours. Photograph: Matthew Stockman/Getty Images

He had enough left in the tank to serve up a unique victory pose, flopping to his side in a "dead fish celebration" with his tongue stuck out, a move the avid gamer said he learned from a FIFA video game.

"I wanted to make it special for people to love, for my friends to love who I play FIFA with," said Medvedev, conceding that perhaps the move would have been better attempted on a different surface.

"I got hurt a little bit. It's not easy to make it on hard courts."

The move delighted the rowdy New York crowd, who moments earlier had booed and whistled as Medvedev served in the eighth and 10th games hoping to see Djokovic go the distance, refusing to quiet down despite the urging of the chair umpire.

"I definitely made some double-faults because of it. That makes it even more sweet that finally I managed to pass a first serve on the third match point."

© Copyright 2023 Reuters Limited. All rights reserved. Republication or redistribution of Reuters content, including by framing or similar means, is expressly prohibited without the prior written consent of Reuters. Reuters shall not be liable for any errors or delays in the content, or for any actions taken in reliance thereon.
Related News: Daniil Medvedev, FIFA, Novak Djokovic, IMAGE, Rafa Nadal
COMMENT
Print this article 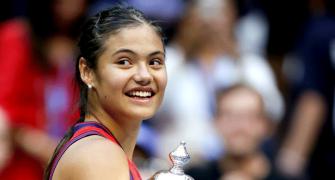 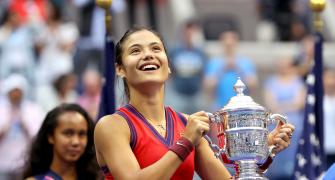 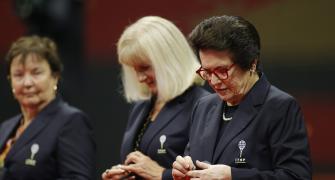 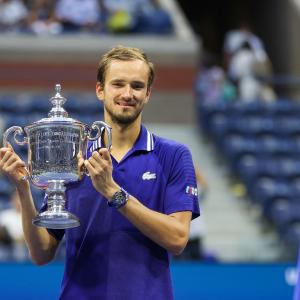 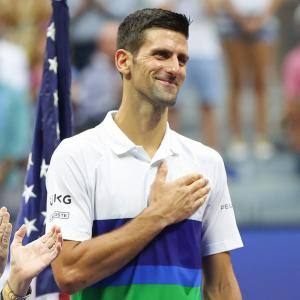