A silver nonetheless was a remarkable result for the Indian team 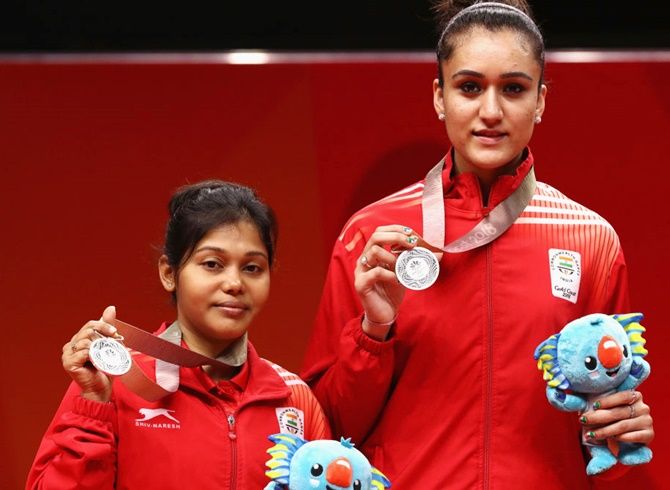 Manika Batra and Mouma Das fought hard before going down against defending champions Feng Tianwei and Yu Mengyu to settle for a silver medal in the women's doubles, a first ever for India in the Commonwealth Games.

Batra, who had led India to a historic triumph in team championship, could not do the same alongside Das today. Tianwei and Mengyu came well prepared to counter Batra's variations with the pimpled rubber and cruised to a 11-5, 11-4, 11-5 victory.

A silver nonetheless was a remarkable result for the Indian team which could not make the final in the past four Games.

Prior to the final, India's best showing in women's doubles came back in 2010 when Das and Poloumi Ghatak had secured bronze.

In the bronze medal play-off, the Malaysian combine of Ying Ho and Karen Lyne got the better of India's Sutirtha Mukherjee and Pooja Sahasrabudhe 15-13, 11-7, 8-11, 11-7.

It has been a stellar run for Indian paddlers in the quadrennial event as the men's teamwon the gold for the second time and their women counterpart clinched the yellow metal for the first time in Games' history.

The Indians are also in medal contention in the men's and mixed double's.

Sharath Kamal and G Sathiyan are already assured of a medal, having reached the men's doubles final.

Harmeet Desai and Sanil Shetty lost their semifinal and will play for bronze tomorrow.

The pairings of Sharath and Das, and Sathiyan and Batra have also made the mixed doubles semifinals.

Sharath will face Quadri in the semi-finals on Saturday. 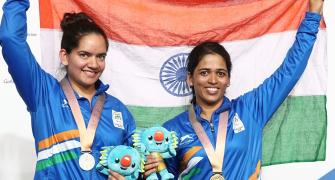 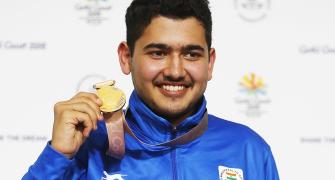 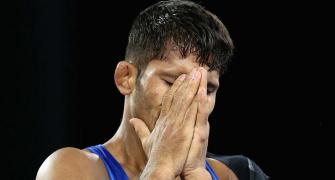 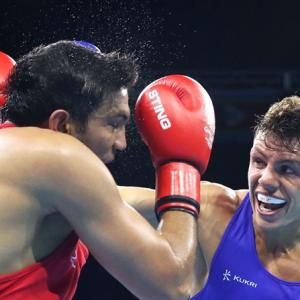 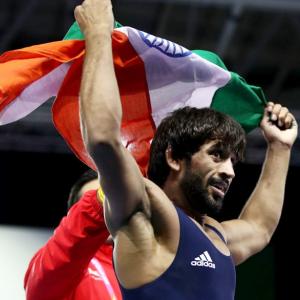