The government has sought the Commonwealth Games Organising Committee's response on alleged irregularities in executing several contracts which were pointed out in the high level Shunglu Committee report.

The Sports Ministry has written a letter to the organizing body and sought a point-by-point reply to all the queries raised by the HLC in its 512-page fifth report on OC.

"We have received a letter from the Ministry on May 3. We have been asked to reply within a week on Shunglu Committee's findings. We will be giving our detailed reply on it," Chief Executive Officer of OC Jarnail Singh said.

Singh said, "We will be giving factual position on all the lapses or irregularities observed by the Committee."

In its report, the HLC has blamed sacked OC chief Suresh Kalmadi, presently lodged in Tihar Jail, for his involvement in overlays scam being probed by CBI, for creating a "sham" society and other irregularities.

The committee, in its report submitted to the Prime Minister's Office, has found manipulation of documents, rigged tender process and questioned the role of certain OC officials in carrying out various projects worth several crores.

Prime Minister Manmohan Singh had on October 25 appointed a high-level committee under the chairmanship of former Comptroller and Auditor General V K Shunglu to look into alleged corruption and managerial lapses in conduct of the sporting extravaganza, held between October 3-14 last year.

"Accountability, internal and external was not the norm. The Executive Board hardly exercised its governance role and often delegated responsibility to the Executive Management Committee to the point of abdication of responsibility. Consequently, all key decisions were taken by a handful of powerful loyalists of the Chairman (Kalmadi)," the Committee said.

"Many senior positions were filled up with persons of questionable integrity and past records of vigilance cases. Government instructions were flouted in posting of staff in sensitive positions," it said.

The panel questioned the "coterie style" of management in the OC which created extreme disharmony and dysfunction and said often the interpersonal feud would spill over to affect the smooth operations and monitoring of the progress of work.

Besides CBI and CAG, the Central Vigilance Commission is also looking into several irregularities in the Games-related work.

The CVC has blamed the Kalmadi-led Games OC for "wrongfully moulding eligibility criteria" in tenders to pave way for certain private firms to help them make profit out of the projects worth Rs 718.33 crore on ticketing, accreditation card work, purchase of fitness equipment, overlays, image and look works. 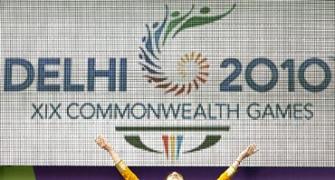 What's on the menu for the Commonwealth Games? 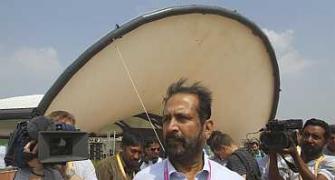 India will win 70 medals at the Games: Kalmadi