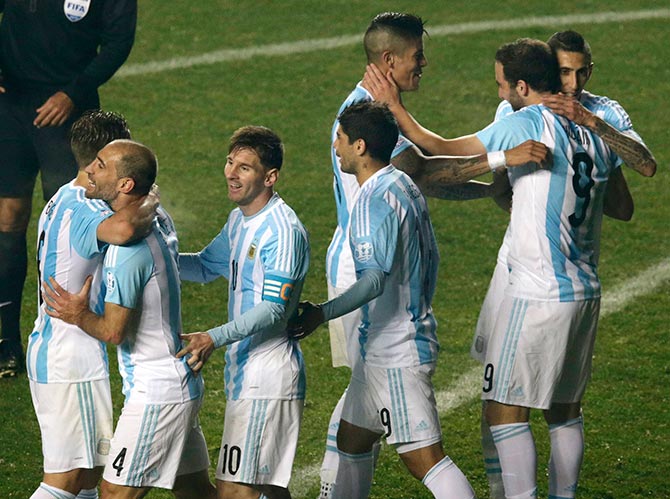 Argentina produced their best performance of the Copa America so far to crush Paraguay 6-1 and set up a classic final against hosts Chile.

Argentina had scored only four goals in their four previous matches but Messi said it was not because the team had not been playing well.

"We talked about that just before the match and we said it was just chance that we hadnt scored more because we've been playing well," Messi said.

"Today all the goals came at once." 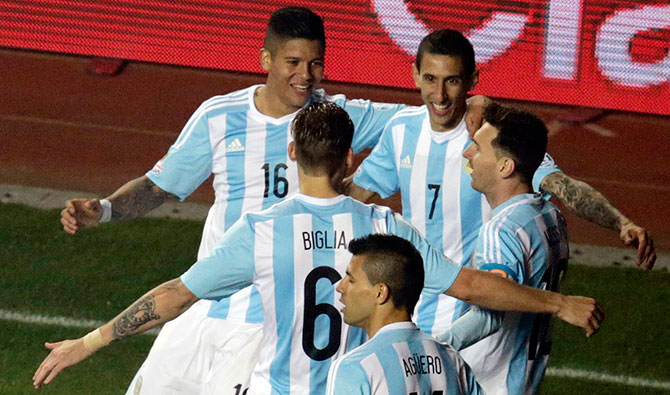 Gerardo Martino's side took the lead after 15 minutes when Messi swung a free kick in from the left, Rojo failed to connect cleanly with his first touch but swept the ball home from close range with his second.

Argentina doubled their lead 12 minutes later and again Messi was the provider, threading an inch-perfect pass through the Paraguayan defence for Pastore to run on to. His powerful low shot gave goalkeeper Justo Villar no chance.

Things went from bad to worse for Paraguay when both their strikers, Derliz Gonzalez and Roque Santa Cruz, limped off injured.

Santa Cruz's replacement, Lucas Barrios, gave them hope with a goal just before the break but in the second half Argentina were unstoppable. 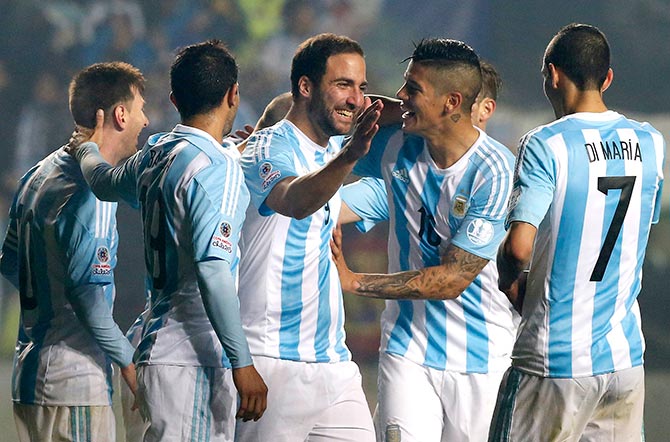 Argentina's Gonzalo Higuain (9) celebrates with teammates after scoring a goal against Paraguay during their Copa America semi-final soccer in Concepcion. Photograph: Andres Stapff/Reuters

Minutes into the second half Pastore burst through midfield and fed Di Maria, who buried a left-foot shot into the bottom corner of the net.

Six minutes later Messi destroyed the Paraguayan defence with a mazy run to set up Pastore. His shot was parried by Villar but Di Maria was on hand to slot home the rebound.

On 80 minutes Di Maria turned provider, crossing from the left for Aguero to head home, and minutes later Higuain came off the bench to score a sixth.

Argentina will face Chile at Santiago's national stadium on Saturday.

© Copyright 2020 Reuters Limited. All rights reserved. Republication or redistribution of Reuters content, including by framing or similar means, is expressly prohibited without the prior written consent of Reuters. Reuters shall not be liable for any errors or delays in the content, or for any actions taken in reliance thereon.
Related News: Copa America, Paraguay, Lionel Messi, Di Maria, Argentina
SHARE THIS STORYCOMMENT
Print this article