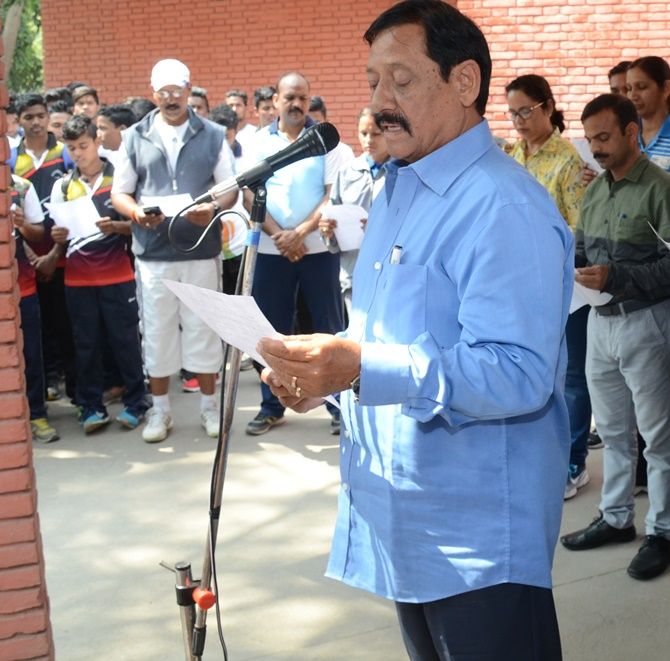 Chauhan, who played 40 Test matches, was seen at the K D Singh Babu stadium, in Lucknow, on Thursday.

The then two-time Lok Sabha MP took oath along with sports officers and coaches to maintain cleanliness around them.