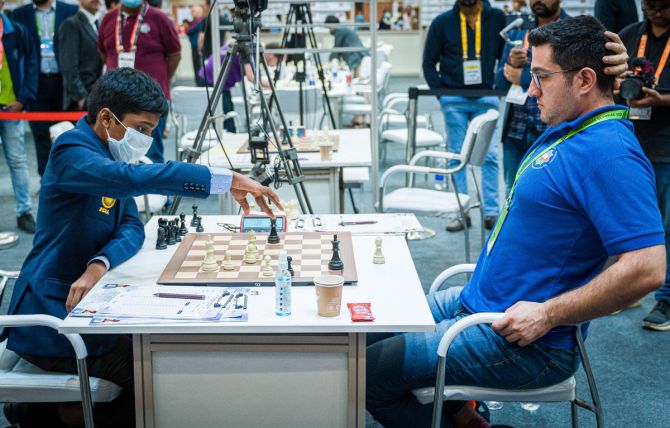 IMAGE: R Praggnanandhaa did the star turn for India 'B' against Azerbaijan, beating Vasif Durarbayli in 66 moves at the Chess Olympiad on Sunday. Photograph: FIDE/Vasif Durarbayli

India 'B' played out a 2-2 draw against Azerbaijan in the 9th round of the open section, while India 'A' and 'C' teams registered identical 3-1 wins in the 44th Chess Olympiad in Mamallapuram, Chennai, on Sunday.

Teenaged Grandmaster D Gukesh saw his winning streak come to a halt after he drew his top board game against Shakhriyar Mamedyarov after having notched up eight victories on the trot.

Meanwhile, leaders Armenia were surprised by Uzbekistan who posted a 3-1 win. Armenia's defeat leaves the field open with Uzbekistan climbing to the top position.

In the women's section, the top-seeded India 'A' were handed a 2.5-1.5 defeat by fourth-seeded Poland, while No.2 seed Ukraine and No.3 seed Georgia played out a 2-2 draw.

Georgia caught up with India 'A' with 15 match points, while Ukraine lies one point behind.

The two other Indian teams -- 'B' and 'C' were on the winning side, thrashing Switzerland 4-0 and Estonia 3-1 respectively. 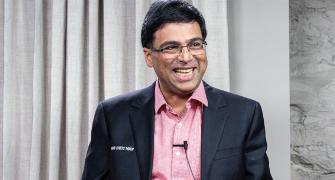 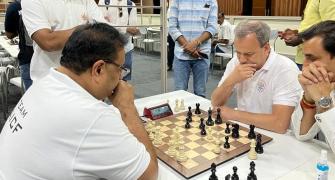 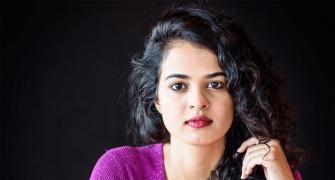 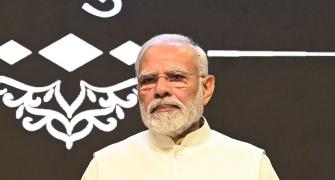 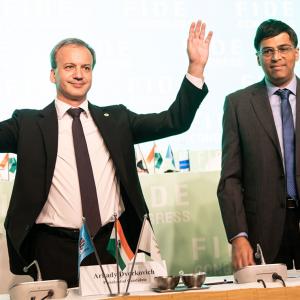