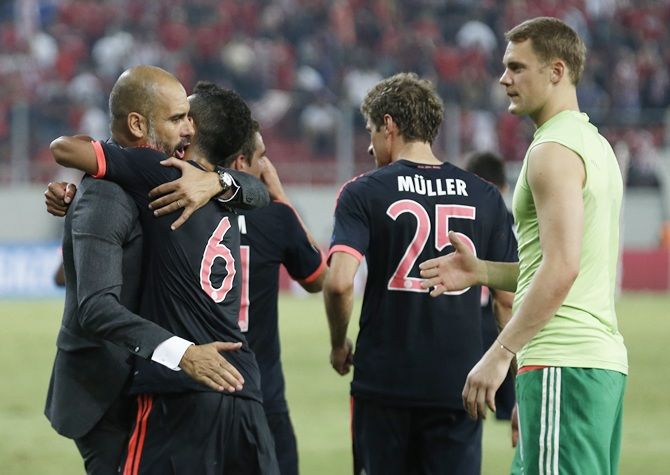 Two goals from Thomas Mueller and one from substitute Mario Goetze helped Bayern Munich kick off their Champions League campaign with an impressive 3-0 victory over Olympiakos Piraeus at the Georgios Karaiskakis stadium on Wednesday.

Bayern controlled possession for long spells in an entertaining Group F encounter with Robert Lewandowski a constant threat before Mueller beat Olympiakos goalkeeper Roberto with what looked like an intended cross from out on the right flank after 52 minutes.

Olympiakos battled manfully in front of their frenzied supporters with Nigerian striker Ideye Brown going close on a couple of occasions.

But Marco Silva’s side could not find an equaliser and it was Bayern who struck again with two goals in quick succession in the closing stages from Goetze and a Mueller penalty as the hosts ran out of steam.

The win means Pep Guardiola’s Bayern maintained their 100 per cent start to the season with a sixth win in all competitions. 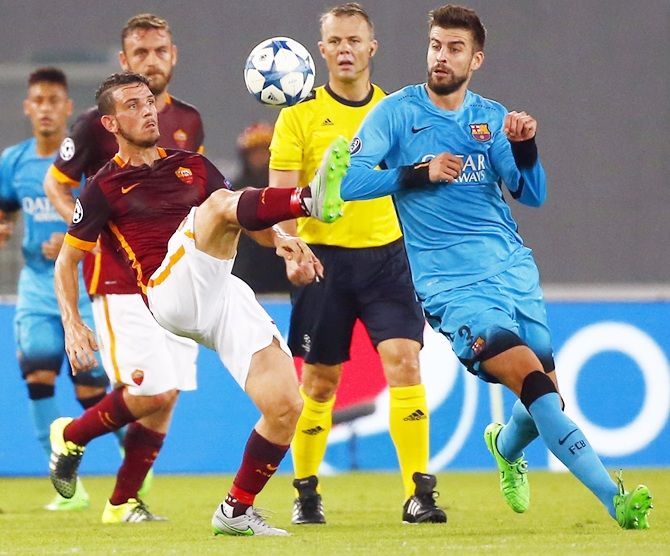 Alessandro Florenzi scored an extraordinary goal from a seemingly impossible position on the right touchline, nearly 50 metres from goal, to give AS Roma a 1-1 draw against Barcelona in the Champions League.

Florenzi raced down the touchline and was just inside the Barcelona half when he spotted Marc-Andre ter Stegen off his line and unleashed a looping effort which flew over the Barca goalkeeper's head and into the net off the far post.

Ter Stegen ran back desperately, then appeared to stop thinking that the ball would go out only to see it land in the goal in the 31st minute of the Group E game.

Luis Suarez had headed Barcelona in front 10 minutes earlier as they began the defence of their title.

Lionel Messi, making his 100th Champions League appearance, and Suarez both had early chances before Barcelona prised open the Roma defence in the 21st minute.

Jeremy Mathieu floated a long ball over the defence which set Ivan Rakitic clear on the right and the Croat's cross was headed in by Suarez at point-blank range.

Barcelona were threatening to over-run the hosts when Roma right-back Florenzi brought the house down with his spectacular effort. 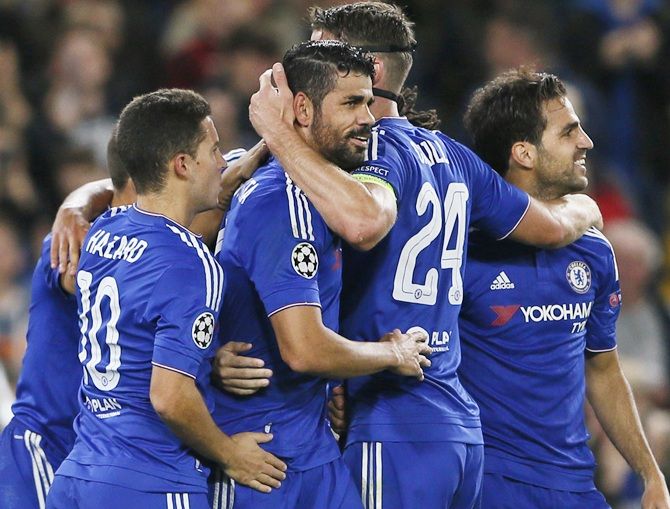 Chelsea forgot their Premier League woes and got their Champions League campaign off to a flying start with a 4-0 thrashing of Israeli champions Maccabi Tel Aviv in their opening Group G match at Stamford Bridge.

Despite Eden Hazard blazing an early penalty high over the bar, Chelsea scored twice in the first half with Willian finding the net with a 30-metre free kick after 15 minutes and Oscar scoring from their second penalty with the last kick of the opening 45 minutes.

Diego Costa, who replaced Willian after the Brazilian was injured after 20 minutes, brilliantly volleyed in Chelsea's third after 58 minutes with Cesc Fabregas finishing off a breakaway for the fourth after 78.

Chelsea manager Jose Mourinho had not seen his team win since August 23 with two successive league defeats in their last two matches but he told reporters afterwards: "I forgot what it was like to win, so it's a good feeling.

"The penalty we missed was a big test for us. When you start a game you have to win and after five minutes you miss a penalty, it is an extra negative episode and our reaction was very good. I am very happy with the performance." 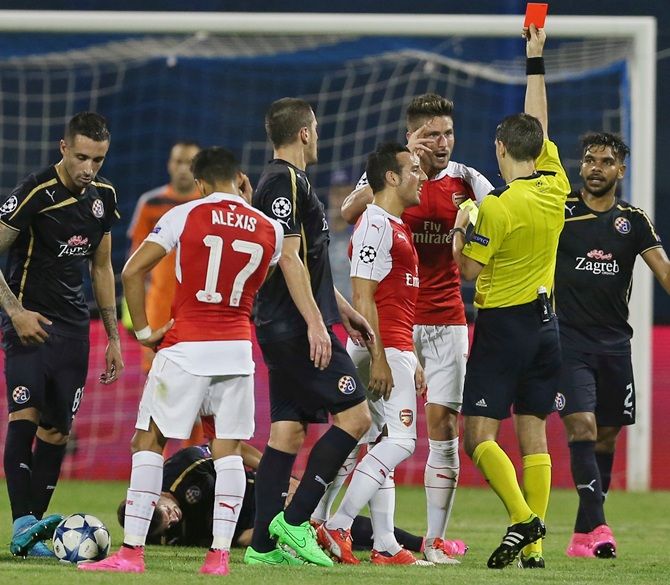 Dinamo Zagreb made a dream start to their Champions League campaign after a goal in each half gave them a 2-1 home win over 10-man Arsenal in their Group F match.

An Alex Oxlade-Chamberlain own goal followed by a Junior Fernandes header put Dinamo in the driving seat before Theo Walcott pulled one back for the Premier League side, who had striker Olivier Giroud sent off in the first half.

Having failed to advance past the group stage of Europe's elite club competition in their previous four attempts, Dinamo produced a morale-boosting performance in the Maksimir stadium.

Organised defending aided by a packed midfield frustrated a disjointed Arsenal and the home side always looked dangerous on the break, with Algeria striker El Hilal Arabi Soudani at the heart of all their moves.

Vitaliy Buyalskyi came off the bench to score a late equaliser and earn Dynamo Kiev a 2-2 draw with Porto in their opening Group C match.

After a two-year absence from the group stages, Kiev made a great start when Oleg Gusev scored after 20 minutes.

Porto were level three minutes later when Vincent Aboubakar outjumped his marker and he put the visitors in front after the break following a corner.

Brazilian striker Junior Moraes came close to opening the score for the hosts after seven minutes following a mistake by Casillas who dropped the ball from a corner.

Casillas had no chance 13 minutes later when Denys Garmash broke on the left and his pass fell at the feet of captain Gusev in the middle of the penalty area and he fired home.

Porto allowed no more than three minutes of joy for the home fans as Aboubakar headed in a perfect Miguel Layun cross.

Casillas showed his magic to parry a powerful snap shot from Garmash on the stroke of halftime.

Valencia’s hopes of a winning Champions League return after a two-year absence were dashed when Hulk struck twice for Zenit St Petersburg in a 3-2 victory for the Russian champions in their Group H opener.

Valencia, the 2000 and 2001 runners-up who finished fourth in La Liga last season, came through qualification by beating Monaco 4-3 over two legs but were brought abruptly down to earth in the first half at their Mestalla stadium by a pair of thunderous Hulk efforts.

The Brazil forward opened the scoring in the ninth minute when he sped clear on the left and cracked a shot across goalkeeper Jaume Domenech into the far corner.

His second shortly before halftime was even better as he picked up the ball outside the penalty area and smashed it high into the net.

Valencia fullback Joao Cancelo, who hit the post in the second minute, pulled a goal back for the home side 10 minutes into the second half and forward Andre Gomes levelled 17 minutes from time when he netted from a tight angle.

Zenit’s Belgium midfielder Axel Witsel grabbed what proved to be the winning goal for the visitors three minutes later with a powerful low strike.

Zenit’s victory meant their coach Andre Villas-Boas won the battle of the Portuguese coaches as Valencia are managed by Nuno, with whom Villas-Boas worked at Porto under current Chelsea manager Jose Mourinho.

In Wednesday’s other Group H game, Olympique Lyonnais and Ghent drew 1-1 in Belgium.

© Copyright 2021 Reuters Limited. All rights reserved. Republication or redistribution of Reuters content, including by framing or similar means, is expressly prohibited without the prior written consent of Reuters. Reuters shall not be liable for any errors or delays in the content, or for any actions taken in reliance thereon.
Related News: AS Roma, Alessandro Florenzi, Bayern Munich, Barcelona, Olympiakos Piraeus
COMMENT
Print this article 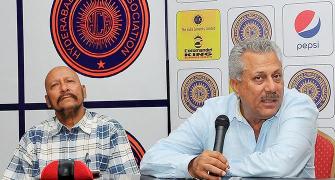 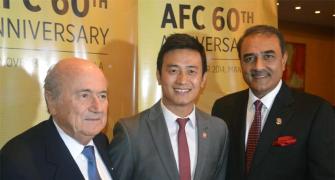 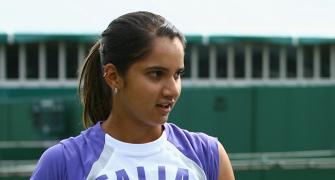 I don't pay attention to what a few people have to say: Sania 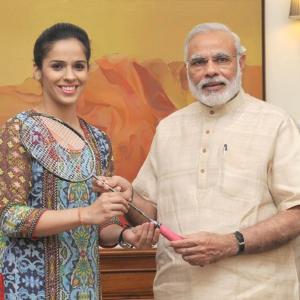 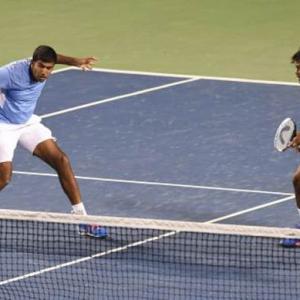