Barcelona earned a far from convincing 2-1 win at home to a depleted Dynamo Kyiv on Wednesday as Lionel Messi scored a penalty for the third Champions League game in a row with the Spaniards maintaining their winning start to the group stage.

The Argentine, who had also scored spot-kicks in wins over Group G opponents Ferencvaros and Juventus, tucked away a penalty in the fifth minute while Gerard Pique netted in the second half, glancing in a fine cross from Ansu Fati.

Dynamo, who were missing six players due to COVID-19 positives, which also afflicted five members of staff, gave a decent account of themselves and spurned a couple of chances to equalise as well as having a goal from a corner ruled out due to the ball going out of play.

They deservedly pulled a late goal back in the 75th minute when Viktor Tsygankov slid the ball into the net, pouncing on a rebound after Barca keeper Marc-Andre ter Stegen could only parry a shot from Benjamin Verbic.

The victory put Barca on the verge of a place in the knockout stages, leaving them top on nine points after three games, with Juventus second on six and Dynamo and Ferencvaros with a point each.

Barca coach Ronald Koeman was visibly anxious on the sidelines and did not attempt to gloss over the sloppy performance.

“We suffered more today than in any other game so far, we need to improve a lot when we don’t have the ball,” said the Dutchman.

“I’m happy with the result but not with certain aspects of our game and luckily we had Ter Stegen around.

“I think we started well and got the goal early and had some clear chances but after that we lost control and they created a lot of danger. Thanks to Marc, who was phenomenal, we held on.”

Barca went into the match after a disappointing 1-1 draw at Alaves, the fourth game in a row in La Liga which they had failed to win, but got off to an ideal start at an empty Camp Nou when Messi converted from the spot after being hauled down.

The Catalans made a blistering start and almost immediately built on their advantage when teenager Pedri clanged the crossbar.

Antoine Griezmann then bungled a simple chance to score a tap-in, inexplicably finding the side netting when the ball bounced into his path from close range after Fati saw his shot parried.

Dynamo should have levelled before halftime when Vitaliy Buyalskyi powered a header at goal but was denied by the strong hand of Ter Stegen, who was making his first appearance of the season after recovering from knee surgery.

“The opponents had too many clear chances and we need to improve in that respect. We need to talk about that,” said Ter Stegen.

His opposite number Ruslan Neshcheret, 18, produced an even more impressive display, pulling off an outstanding save from a Messi free kick while also keeping out later efforts from Ousmane Dembele and Sergi Roberto.

Werner on the spot as Chelsea overwhelm 10-man Rennes Chelsea eased to a 3-0 win over 10-man Rennes in the Champions League Group E, thanks to two first-half penalties hammered home by striker Timo Werner and a tap-in by Tammy Abraham.

The match swung the way of the Londoners with the two penalty decisions which both went against Rennes defender Dalbert Henrique, on loan from Inter Milan.

The Brazilian was shown a second yellow card and sent off in the 40th minute, after a long VAR check, when the ball ricocheted from his calf to his arm, having earned his first caution for tripping Werner in the box after 10 minutes.

Werner converted both spot-kicks emphatically, taking the role of Chelsea’s penalty-taker from Jorginho who missed two earlier this season.

“I am happy, I am happy Jorginho is cool with it. It is another point that speaks for our team, we are not selfish. We all go in one direction which is good,” Werner told BT Sport.

Abraham made it 3-0 five minutes into the second half with a short-range finish after an inch-perfect cross by Reece James.

The comfortable victory left Chelsea top of Group E, ahead of Sevilla of Spain on goal difference, with three of the six games played.

It also represented a fifth clean sheet in a row for the Blues who appear to have fixed the defensive frailties that dogged them last season and in the opening games of this campaign.

“We had a very good game today,” Werner said. “Also good for me is we had one more player on the pitch and could control it from behind.”

Chelsea goalkeeper Edouard Mendy, bought from Rennes in September to replace the out-of-form Kepa Arrizabalaga, had little to do against his former team mates until the 84th minute when he parried a shot by Clement Grenier.

“OK, the referee gives the second penalty but I think the red card was tough because he didn’t do it on purpose. We continued to work hard but that was tough for us,” Rennes midfielder Benjamin Bourigeaud said.

Leipzig battle back to win 2-1 as PSG see red RB Leipzig fought back to beat Paris St Germain 2-1 at home in a pulsating Champions League Group H clash that kept them on course for a last-16 spot while putting the French side, who finished the game with nine men, in a precarious position.

Angel Di Maria had given PSG an early lead, but he then missed a penalty and goals from Christopher Nkunku and Emil Forsberg turned the encounter on its head.

The outcome left Leipzig second in the group on six points from three games, the same tally as leaders Manchester United who beat them 5-0 in the previous round but suffered a shock 2-1 defeat at Istanbul Basaksehir earlier in the day.

Third-placed PSG, who beat Leipzig 3-0 in last season’s one-off semi-final in August, have three points, level with bottom of the table Basaksehir.

PSG made a bright start as Di Maria gave them a sixth-minute lead, threading the ball past goalkeeper Peter Gulacsi with the outside of his foot from close range after he was put through by Moise Kean.

That, however, was as good as it got for the visitors, who had Idrissa Gueye and Presnel Kimpembe sent off in the second half for two bookable fouls.

Di Maria and Kean then had goals ruled out for offside in quick succession before Nkunku levelled out of the blue in the 42nd minute with a crisp low shot from the edge of the area following good work by Angelino.

Forsberg missed a gilt-edged chance for Leipzig early in the second half but made no mistake with a 57th-minute penalty awarded after Presnel Kimpembe handled a seemingly innocuous Angelino cross.

From there on things only got worse for PSG as Gueye was sent off in the 68th minute and Kimpembe also received his marching orders in stoppage time, as the visitors ran out of steam.

Forsberg was delighted Leipzig ground out what may turn out to be a priceless win in their bid to reach the knockout stages.

“I’m proud of the team and the performance. It’s not easy to play against such a top team, but we played with courage. We were hungry and desperate to win, which I think you could see on the pitch today.”

Alvaro Morata scored twice before two defensive mistakes helped Juventus to a 4-1 Champions League win at Ferencvaros as they bounced back from last week's defeat by Barcelona.

The Serie A side were too slick for their spirited opponents, who are back in the group stage after a 25-year absence, and cantered home at a soggy Puskas Arena to go second in Group H with six points from three games. Ferencvaros have one point.

"Games can become easy only if you play well," said Juventus captain Giorgio Chiellini. "In the first half we were a bit slow with possession, we raised our tempo in the second half and we managed to earn another important win."

Juve got the ideal start when defender Leonardo Bonucci threaded a pass down the right touchline to set Juan Cuadrado away and the Colombian's low cross was tapped in by Morata at the far post after seven minutes.

Despite the early setback, Ferencvaros acquitted themselves well with Tokmac Nguen and Oleksandr Zubkov both having chances but sending shots wide.

Cristiano Ronaldo was always a danger for Juve, however, and nearly added a second after combining with Morata but the ball was taken off his foot by Miha Blazic as he was about to shoot.

The Portuguese forward set up Juve's second on the hour with a low pass into the area which Morata swept home after a Weston McKennie dummy.

The Italian champions were gifted the third as goalkeeper Denes Dibusz failed to control Blazic's awkward back pass and substitute Paulo Dybala slipped the ball into the empty net in the 73rd minute.

Eight minutes later, Dibusz's attempted pass was intercepted by Dybala and Lasha Dvali turned the ball into his own net as he tried to clear.

Franck Boli pulled one back in the 90th minute, scoring at the second attempt after Wojciech Szczesny saved his first effort.

© Copyright 2021 Reuters Limited. All rights reserved. Republication or redistribution of Reuters content, including by framing or similar means, is expressly prohibited without the prior written consent of Reuters. Reuters shall not be liable for any errors or delays in the content, or for any actions taken in reliance thereon.
Related News: PSG, Chelsea, Leipzig, Timo Werner, Di Maria
SHARE THIS STORYCOMMENT
Print this article 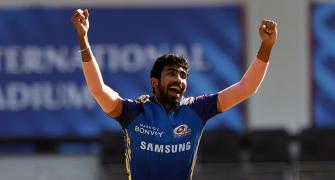 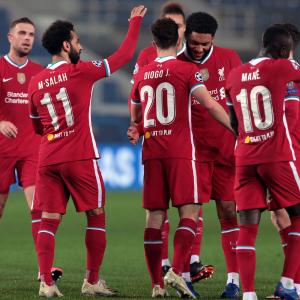 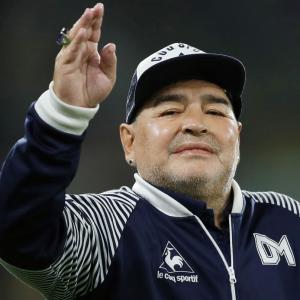