Defending champion Thiem to miss US Open; wildcard for Venus Austria's Dominic Thiem will not defend his US Open title after having to pull out of the hardcourt major with a wrist injury, the world number six said on Wednesday.

Thiem, who suffered the injury in June at the Mallorca Open and was also forced to skip the grasscourt major at Wimbledon, said on Twitter that he will miss the rest of the 2021 season.

"The past six months, I've been following the medical advice, wearing the wrist splint, doing exercise to stay in shape... but then last week I hit a ball during training and started to feel some pain again," said the 27-year-old.

"After some tests, they (the doctors) said my wrist needs more time, so we've all agreed on being conservative and to give my wrist some time to recover... It has been a tough decision but I know this is what I have to do."

This is the second straight year that the defending champion at Flushing Meadows has withdrawn from the event after Rafael Nadal skipped the 2020 edition due to concerns over the coronavirus.

The US Open runs from August 30 to September 12.

Venus Williams was awarded a wild card Wednesday to compete in her 23rd US Open, the United States Tennis Association announced.

CoCo Vandeweghe, who currently is ranked No. 160, also was one of the seven players to receive a wild card. She joined Caty McNally, Hailey Baptiste, Katie Volynets, Emma Navarro and 17-year-old Ashlyn Krueger.

Former world number one Simona Halep withdrew ahead of her second round match at the Western & Southern Open on Wednesday with a "small tear" to her right adductor in the latest injury setback for the Romanian.

Halep, who missed the French Open and Wimbledon due to a left calf tear, looked like she might not make it through her first round match on Tuesday after she needed a medical time out to attend to her right leg.

She came back and managed to battle through the discomfort to defeat Magda Linette 6-4, 3-6, 6-1 but a scan revealed it would be unwise to continue.

"Unfortunately, a scan this morning showed that I have a small tear in my right adductor and therefore it would be too risky for me to play tonight," she tweeted ahead of her match against Jessica Pegula at the tournament in Cincinnati.

Halep, 29, said she would rest up and do everything she can to be ready for the upcoming U.S. Open in New York, where she will look to claim her third Grand Slam title.

"To the fans in Cincy, it was beautiful to see you again," she said. 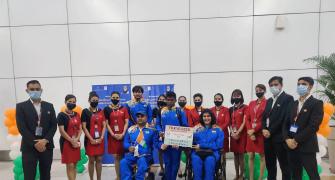 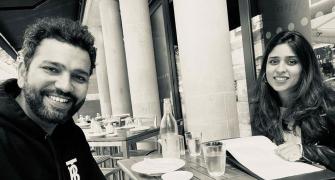 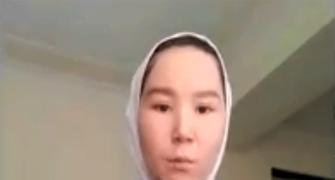 Female Afghan athlete pleads for help to get to Tokyo 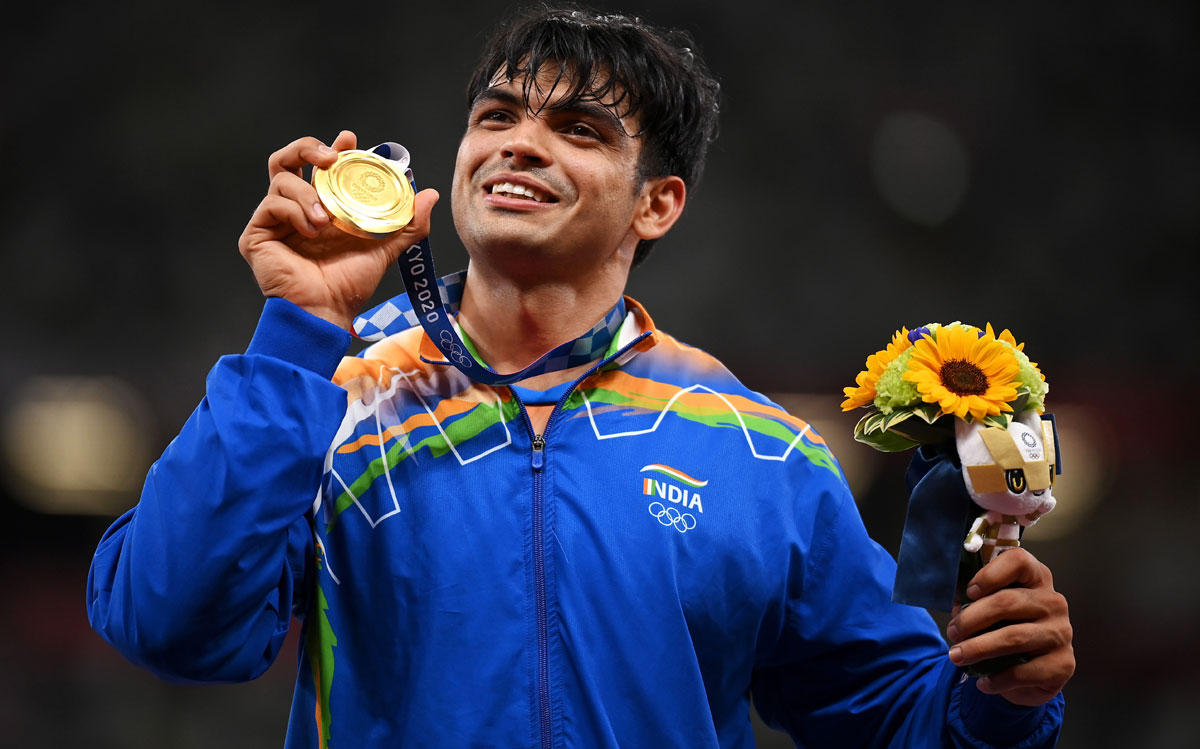