Kidambi Srikanth's chances of making it to the knock-out stage suffered a setback after losing to Thailand's Kunlavut Vitidsarn in his second men's singles Group B match. 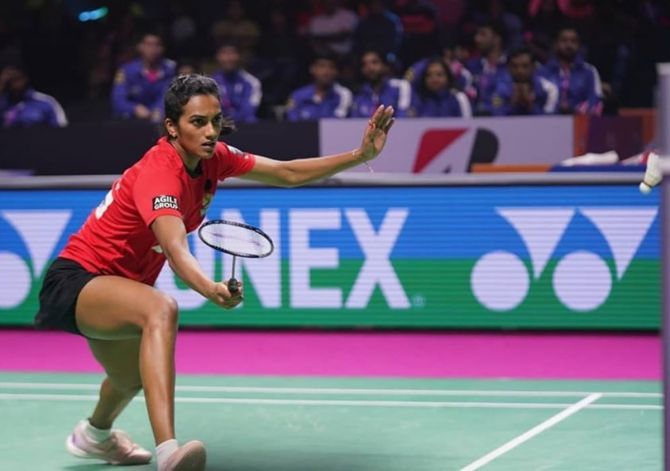 India's two-time Olympic medallist P V Sindhu progressed to the knock-out stage of the BWF World Tour Finals with a straight-games win over Germany's Yvonne Li in her second Group A match, in Bali, on Thursday.

The reigning World champion will square off against top seed Pornpawee Chochuwong of Thailand next in her last group match.

World number 14 Kidambi Srikanth, who reached the knock-out stage in the 2014 edition of the year-ending event, jeopardised his chances of making it to the knock-out stage after going down 18-21, 7-21 to Thailand's Kunlavut Vitidsarn, a three-time junior World champion, in his second men's singles Group B match.

Lakshya Sen, the youngest Indian to qualify for the year-ending event, also advanced to the knock-outs after his opponent Kento Momota retired with a back injury and Denmark's Rasmus Gemke, who is also in Group A, conceded his match against compatriot Viktor Axelsen due to a knee injury.

With both Momota and Gemke pulling out, Lakshya and Axelsen are guaranteed a place in the knock-outs.

Earlier, the women's doubles pair of Ashwini Ponnappa and N Sikki Reddy suffered their second successive loss in the event, going down fighting 19-21, 20-22 to Bulgaria's Gabriela Stoeva and Stefani Stoeva and bowed out of contention.

The Indian duo will face England's Chloe Birch and Lauren Smith in their last Group B match.

The top men's doubles pair of Satwiksairaj Rankireddy and Chirag Shetty handed a walkover to the top seeded Indonesian pair of Marcus Fernaldi Gideon and Kevin Sanjaya Sukamuljo after the former complained of knee pain. They will not take further participation in the tournament.

Sindhu looked in good rhythm and played at a good pace, engaging her opponent in short rallies, racing to a 5-1 lead, before entering the mid-game interval with a six-point advantage.

She took the initiative and produced some good angled returns to trouble her opponent. Soon she had 10 game points with a precise down-the-line smash and then pocketed the opening game with a deceptive net shot.

After the change of sides, Li produced a better show but Sindhu ensured she had her nose ahead at the interval as she led 11-8.

Sindhu then ruled the roost after resumption, unleashing her smashes to gather winners. She eventually had seven match-points when Li went wide and sealed it after her opponent sent the shuttle long.

IMAGE: Kidambi Srikanth lost to Thailand's Kunlavut Vitidsarn in his second men's singles Group B match and jeopardised his chances of progressing to the knock-outs. Photograph: Kidambi Srikanth/Twitter

For Srikanth, it was his third defeat to Vitidsarn, having lost to him at the Sudirman Cup in September and Asia Team Championships last year.

In Group B, Malaysian second seed Lee Zii Jia is at the top with two points, while Srikanth and Vitidsarn shared a point each after registering one victory and one loss.

The winner will finish in the top 2 and qualify for the knockout stage. If both win their respective matches, it will boil down to the number of games won and lost.

The fast-rising world No. 23 Vitidsarn was rewarded for his industry and immaculate defence as he didn't allow Srikanth to mount his attack. There was never a lack of commitment from Srikanth but his younger rival was way better on the day.

Vitidsarn ran up a 5-2 early lead and went into the break with a healthy 11-6 advantage. A six-point burst allowed Srikanth to narrow it down to 13-15 but the Thai again marched ahead to 19-14 and quickly pocketed the opening game.

It was a one-way traffic in the second game as Srikanth just couldn't match his rival and the rallies where he seemed to trouble his opponent ended with him committing unforced errors.

Play was suspended due to poor visibility with Srikanth lagging 6-13 but it didn't matter much as Vitidsarn closed out the match by taking the next 8 points. 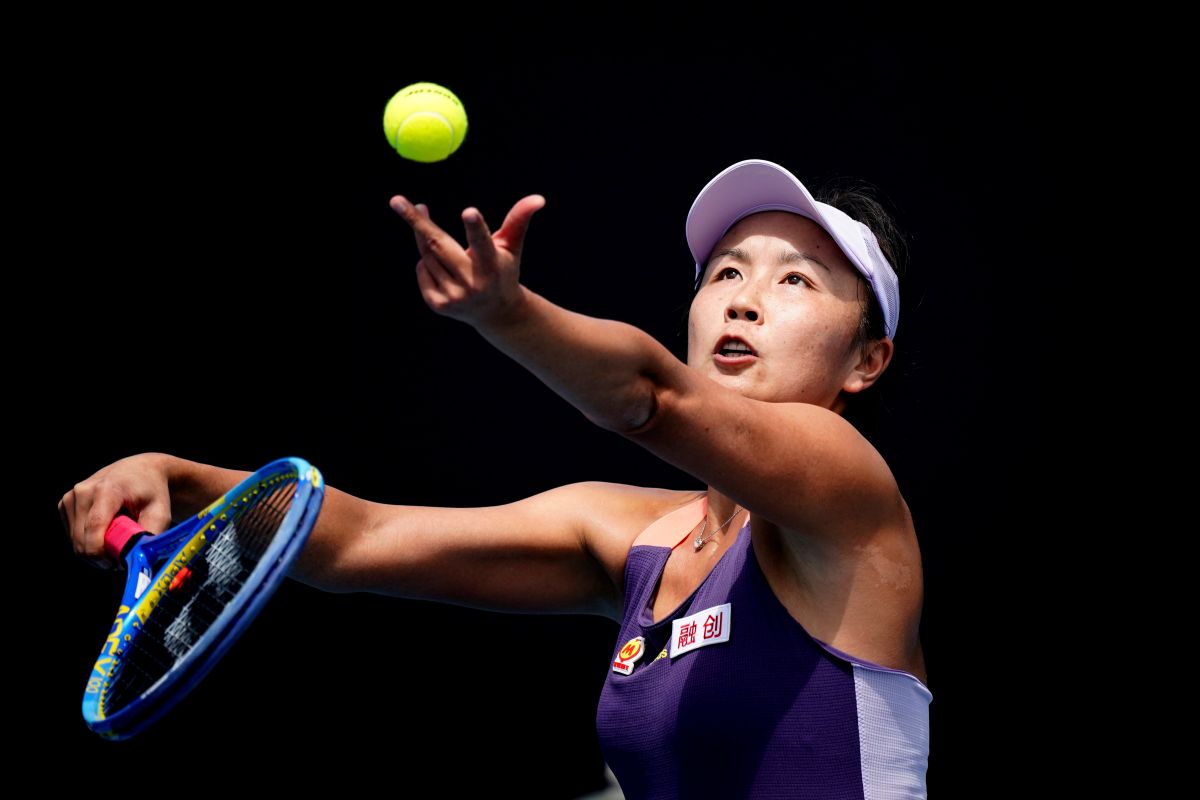 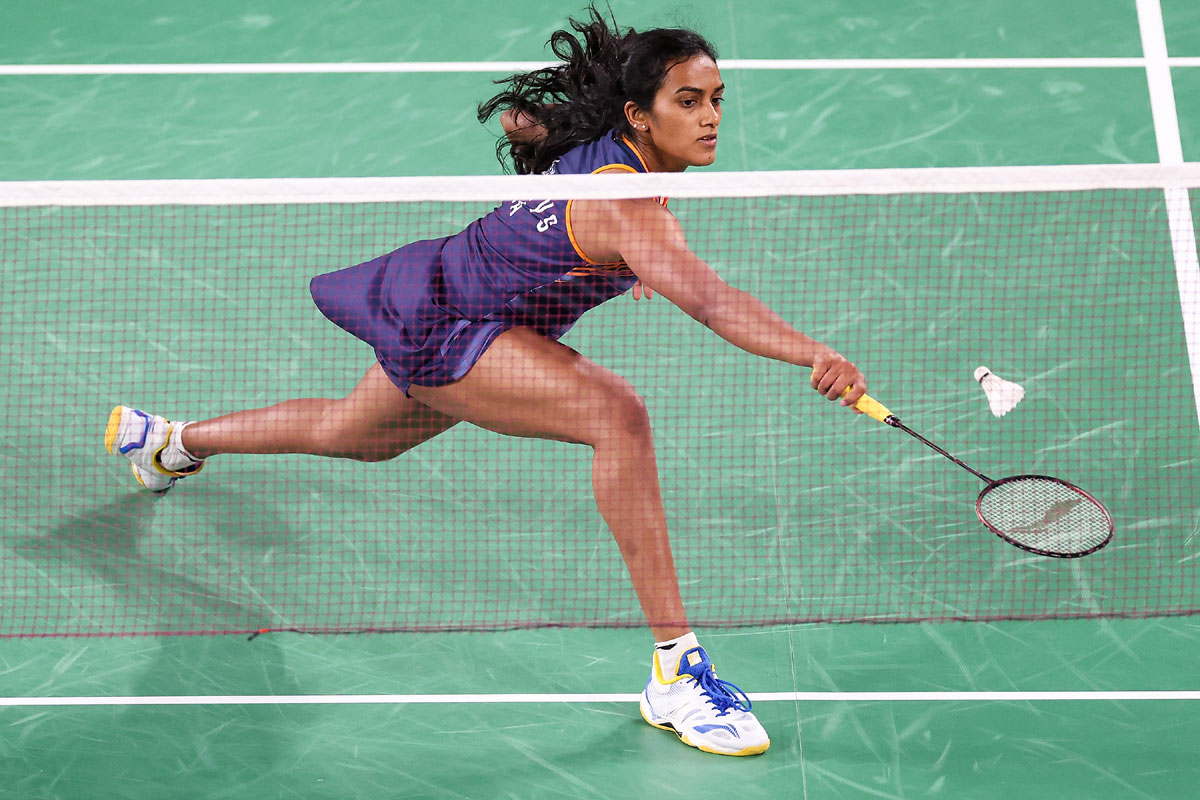