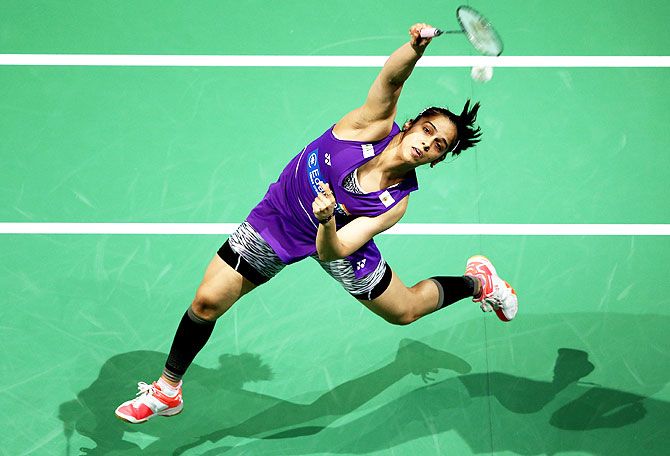 IMAGE: India's Saina Nehwal in action against Chinese Taipei's Tzu Ying Tai in the women's singles on Day 3 of the BWF Dubai World Superseries 2015 Finals at the Hamdan Sports Complex in Dubai on Friday. Photograph: Warren Little/Getty Images for Falcon

India's challenge at the BWF Super Series Finals ended after Saina Nehwal and Kidambi Srikanth lost their respective women's and men's singles matches in contrasting styles, in Dubai, on Friday.

Having won one match and lost one, Saina had to win her final league outing against Tai Tzu-ying of Chinese Taipei but she squandered a one-game advantage and went down 21-16, 18-21, 14-21 in 50 minutes.

Earlier, Srikanth, who had already exited after losing Thursday’s match, continued with his poor run of form and suffered his third successive defeat in the men's singles, losing to Chinese Taipei's Chou Tien-chen 17-21, 13-21 in 32 minutes.

With Saina losing two out of three matches, Carolina Marin and Nozomi Okuhara advanced to the next round.

Three players finished with a win and two defeats each. Saina missed the cut after taking into account the number of games won against  games lost.

Okuhara, having won all three matches, emerged on top while Marin's record of 3-4 (-1) was second best in the group.

Olympic bronze medallist Saina had everything to play for on Friday and she showed her determination in a draining hard-fought match, but unfortunately failed to sustain till the end.

The opening game was a closely-fought affair. Although Saina opened up a 3-1 lead, her opponent kept breathing down her neck to catch her up first at 5-5 and then at 9-9 before the Indian went into the break with a slender 11-9 edge.

After the break, Saina used her net play and smashes effectively, besides capitalising on her opponent's unforced errors, to run away with the game 21-16.

Tzu-ying saved three match-points at 13-21 but Saina maintained her composure to seal the opening game with a cross court smash.

In the second game, Saina suddenly started to struggle and lagged behind 5-11 at the break owing to a number of unforced errors.

But Saina scripted a fabulous comeback by winning four points on the trot to reduce the gap to 9-13 and then another four points to further lessen the margin to 14-16 before catching her rival at 16-16. Tzu-ying hitting the net frequently also helped Saina's cause.

However, the Taipei girl kept her nerves intact to secure three consecutive points to once again take a 20-16 lead.

Saina saved two game points, but Tzu-ying bagged that one important point to take the match to the decider.

Saina completely ran out of steam in third game. Tzu-ying first took a 4-1 lead and then continued to surge ahead to surge to 17-9 before wrapping it up rather comfortably in the end.

Earlier, the 22-year Srikanth old from Guntur, who had a 1-0 record against the Taipei player, having beaten him at Hong Kong Open, today struggled with his strokes.

Srikanth proved no match to his opponent, winning just 30 points as compared to 42 by the Taipei shuttler.

In the opening game, the Taipei player straight away opened up a 3-0 lead and kept on extending it, even as Srikanth played the catch-up game to eventually lose it 17-21.

Srikanth, however, showed some fight in the second game and it was neck-and-neck till the break with scored tied at 11-11.

But after the interval, Tien-chen won five points on the trot to surge ahead. Although Srikanth won a couple of points, the Taipei shuttler did not give the Indian any more chance to make a comeback, bagging four more successive points to seal the match. 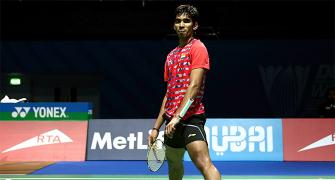 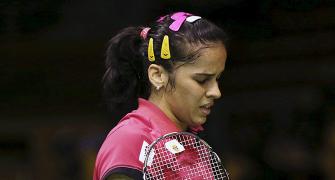 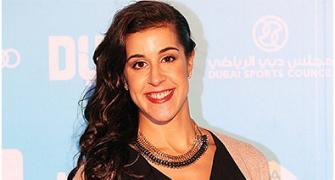 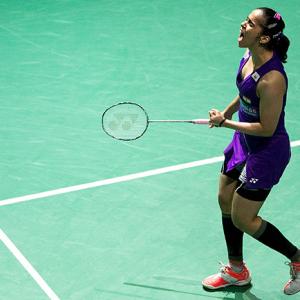 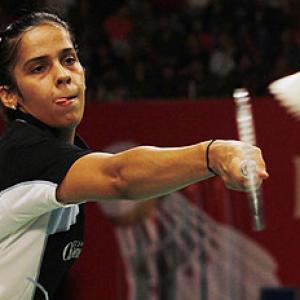