A day after Sports Minister Ajay Maken issued directions to pay all "legitimate" dues related to the Commonwealth Games, British High Commissioner Richard Stagg on Friday hit out at the CWG organisers for delay in the payment of Rs 96 crore to broadcasters SIS Live.

Stagg sought an early resolution to the payment issue, saying that SIS Live had fulfilled its obligations under its contract with Prasar Bharati but the British broadcaster is yet to receive its outstanding dues.

"SIS Live fulfilled its contractual obligations, against which all payments should have been made by now. The company is owed Rs 96 crore. It is not right that the company should be penalised in this way. We look forward to early resolution of this matter," Stagg said in his reaction to media reports about possible delay in the payment of the dues.

"We are pursuing this matter with extreme urgency. SIS Live is a leading British broadcaster with over seventy years' experience of covering major international sporting events," he said in a British High Commission statement.

"SIS Live's coverage of the Delhi Commonwealth Games was widely praised as first-class. The quality of the production captured the very essence of the spectacular opening and closing ceremonies and the Games themselves. It provided great enjoyment for Indian and international audiences alike," the statement said.

The British High Commissioner's criticism came a day after new Sports Minister Ajay Maken asked the government nominees in the CWG OC to thoroughly verify all the outstanding dues and ordered that "legitimate" payments be made within 10 days to all the firms.

An Australian company which had conducted the opening and closing ceremonies of the CWG had also threatened to file a lawsuit over delay in payment of outstanding dues. 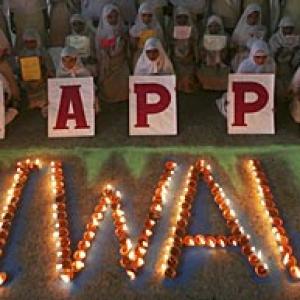