Boxing champion Floyd Mayweather Jr. was booked into a Las Vegas jail on Friday to serve a 90-day sentence for domestic violence against an ex-girlfriend, a term that was previously postponed so the welterweight fighter could compete in a bout.

Mayweather, a flamboyant athlete regarded as the best defensive boxer of his generation, was issued standard dark blue prison garb and slippers and will be kept apart from the jail's general population of more than 3,000 other inmates, Las Vegas police said.

The unbeaten Mayweather had the start of his jail term delayed in January so he could fight in a May 5 super welterweight bout at the MGM Grand Garden Arena, where he came through 12 bruising rounds to prevail over Puerto Rican boxer Miguel Cotto.

After that contest, improving his professional record to 43-0, Mayweather discussed a possible fight with Manny Pacquiao of the Philippines, his rival for the mythical title of the world's best pound-for-pound fighter. 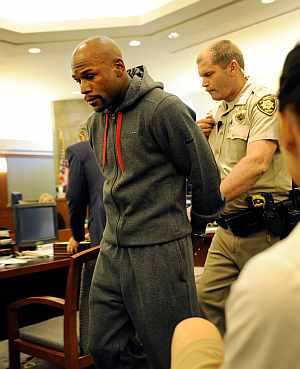 Fans have been clamouring for a Mayweather-Pacquiao matchup despite such stumbling blocks as Mayweather's insistence that Pacquiao agree to blood testing and disagreement over how the revenue from the fight should be divided.

Mayweather's jail sentence stems from a guilty plea in December to a charge of felony battery and pleas of no contest to two counts of harassment linked to a 2010 attack on his ex-girlfriend, Josie Harris, and verbal threats against two of his children with her.

Mayweather was sentenced to six months for that outburst, but half the jail term was suspended.

The decision to delay his serving of the sentence, which was opposed by prosecutors, had been expected to benefit hotels and other businesses in Las Vegas. A major prize fight can generate $10 million to $15 million in non-gambling revenue.

During his time in the Clark County Detention Center, Mayweather will be confined to a cell consisting of a bed, toilet, sink and small desk, with a window to allow direct sunlight into the room, police said in a statement.

He will be allowed two books or magazines in his cell, and up to five religious books, and will be fed three meals a day, starting with breakfast at 4 a.m.

© Copyright 2020 Reuters Limited. All rights reserved. Republication or redistribution of Reuters content, including by framing or similar means, is expressly prohibited without the prior written consent of Reuters. Reuters shall not be liable for any errors or delays in the content, or for any actions taken in reliance thereon.
Related News: Floyd Mayweather, Las Vegas, Manny Pacquiao, MGM, Josie Harris
SHARE THIS STORYCOMMENT
Print this article 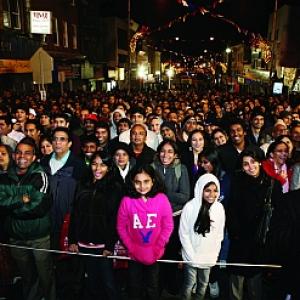