Olympic champion Abhinav Bindra, on Sunday, said he is not in favour of boycotting the 2022 Commonwealth Games, instead urging the Indian Olympic Association to work towards getting shooting included as a core sport in CWG programme.

In an unprecedented move, the IOA, on Saturday, proposed boycott of the 2022 Birmingham Commonwealth Games for dropping shooting from the roster, and sought the government's approval through a letter to Sports Minister Kiren Rijiju.

However, former world champion Bindra, who also claimed a historic gold at the 2008 Beijing Olympic Games, thinks such a move will not win India 'influence'.

"Boycotts don't win you influence. They just make you irrelevant and punish other athletes. Would be far better if IOA did a campaign to load the CWG committees with their people and allies and push for the inclusion of shooting onto the core list of sports for the future," Bindra wrote on his Twitter handle.

Shooting is an optional sport in the CWG and the CGF has taken the position that it was the host nation's prerogative whether to include the sport or not.

In a letter to Rijiju, the IOA president Narinder Batra requested him for an early meeting to deliberate on the proposal.

"We have been noticing over a period of time that wherever India seems to be getting grip of the game and performing well, then somehow we find that either the goal posts are shifted or rules are changed. We feel it is time for us in IOA/India to start asking tough questions and start taking tough positions," Batra wrote in his letter.

The development came a day after the IOA pulled out of the Commonwealth Games Federation's (CGF) General Assembly, to be held in Rwanda in September, protesting the dropping of shooting from the 2022 CWG roster.

On Sunday, the National Rifle Association of India (NRAI) said it supports the IOA's proposal to boycott the 2022 CWG.

Reacting to the IOA's proposal to boycott the Games, the Commonwealth Games Federation said it "absolutely" wants India to participate in the 2022 Birmingham CWG.

Boycott is strong word to use, says Heena Sidhu on 2022 CWG boycott plan

Indian shooter Heena Sidhu on Sunday said that boycott is a strong word to use but if we do not stand for shooting today, it could happen to any other sports as well.

Her remarks came after Indian Olympic Association IOA President Narinder Batra wrote to Union Minister of Youth Affairs and Sports Kiren Rijiju, urging him to boycott the 2022 Commonwealth Games (CWG) in the UK due to the exclusion of shooting. "I know boycott is a very strong word to use because for one sport we can not let others suffer. But at the same time, if we do not stand for shooting now, it could happen to some other sport," Sidhu said.

"Last year when we came to know about shooting not there in CWG and our federation president was upset with it. He tried a lot to get shooting back in CWG," Sidhu added.

National Rifle Association of India (NRAI) Secretary Rajeev Bhatia and General Secretary DV Seetharama Rao on Sunday said the NRAI has faith in Indian Olympic Association (IOA) and will back whatever decision the IOA takes.

"I know he had tried a lot to get shooting back in CWG and at that time we were so angry and everybody was saying including the president he also said that I hope and urged the Indian government and the IOA to stand behind the shooting and if needed boycott the games," Sindhu said.

So at that time everybody had the same emotion because it was new news and unexpected, we have won so many medals and to come to know of like this," she added.

She first clinched silver in the women's 10m Air Pistol category before adding it with a gold in women's 25m air pistol event.

According to Sidhu, if shooting will be excluded from CWG it will affect the Indian ranking in the competition.

"It is not just about shooting it is about India's ranking in CWG. Our rank will be low if shooting will be removed and we are not worthy of that rank as we deserve more," Sidhu said.

"India is the country which always takes the biggest contingent for shooting in CWG. Even other countries are also suffering because of this and they want India to fight for it. India has the muscle for the shooting," Sidhu said.

She opined that England wants games which their people want to see on TV and for that they are backing women's cricket in CWG.

"At the same time England is bringing cricket in CWG and that too women's cricket and I do not know why did they not bring men's cricket. So, I personally feel that England is trying to bring games in CWG which their people like to watch on television. They do not want to spend money from where they do not get a return and you can not think like this in sports," Sidhu said.

"I would love it if people come to support us from other sports as well and we will be very thankful to them. It is also about sportsmanship as we all are from same fraternity," she concluded.

Birmingham 2022 Commonwealth Games is scheduled to take place from July 27 to August 7 in 2022. 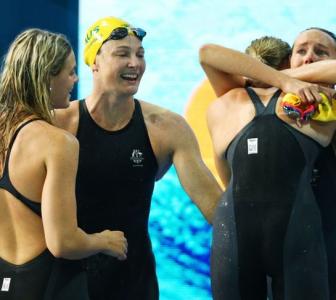 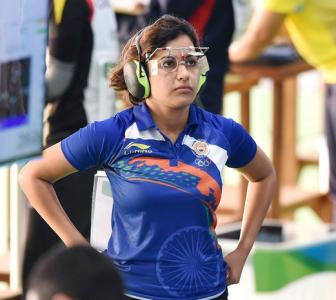 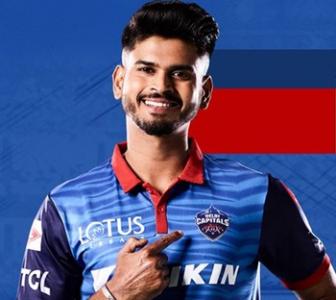 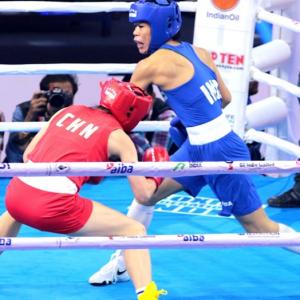 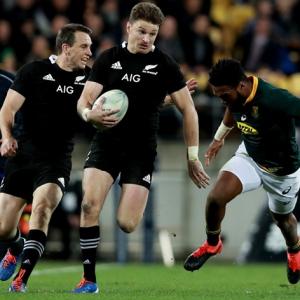