Veteran striker Bhaichung Bhutia is set to make a return to the Indian football squad having been named among the 32 probables for the three-match series against arch-rivals Pakistan in England starting August 25.

The tour, which has been dubbed as 'Clash of the Titans -- India-Pakistan UK tour,' ends on September 11 with matches to be held in Manchester, Coventry and London.

Sources in the All India Football Federation said that the former skipper will play in England against Pakistan provided he is fully fit. 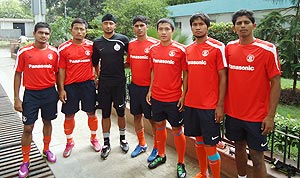 The event had previously been postponed after the Indian home ministry refused to issue the NOC for the series.

Bhutia was earlier dropped from the list of 42 probables named for India's World Cup football qualifier against UAE on July 23 and July 28.

This is the first-time ever that India will be playing a three-match series against Pakistan in a neutral venue.

The last time the two nations were involved in a three-match series was in 2005 in Pakistan, which India won on goal-difference after the series was deadlocked 1-1.

The tour is being organised by TouchSky Sports (TSS), a FIFA and UEFA Licensed Match and Player Agency.

The first match will be played on August 25 in Manchester, followed by the second game in Coventry on September 3 before London hosts the final match on September 9.

Get Rediff News delivered into your Inbox.
Source: PTI© Copyright 2020 PTI. All rights reserved. Republication or redistribution of PTI content, including by framing or similar means, is expressly prohibited without the prior written consent.
Related News: Bhaichung Bhutia, Coventry, All India Football Federation, UEFA Licensed Match, FIFA
SHARE THIS STORYCOMMENT
Print this article I will retire in an East Bengal jersey: Bhaichung 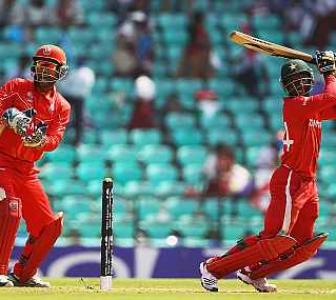