Benfica dumped out of Champions League qualifying by Greek club Former European Cup winners Benfica crashed out of the Champions League third qualifying round after a shock 2-1 defeat at PAOK Salonika on Tuesday as Serbia winger Andrija Zivkovic scored against his former club a week after leaving them.

Dynamo Kiev also advanced to the playoff round with a 2-0 home win over Dutch side AZ Alkmaar, as did Belgians Gent after they beat visitors Rapid Vienna 2-1.

PAOK'S reward is a two-legged playoff against Russians Krasnodar, while Dynamo face Gent for berths in the money-spinning group stage featuring 32 teams.

Benfica, who won Europe's premier club competition in 1961 and 1962, saw last season's woes spill over into this term as Zivkovic, who endured four difficult seasons in Portugal, rubbed salt into their wounds.

Having seen the domestic league and cup double go to Porto last term, Benfica missed a string of chances against PAOK in a one-sided first half as they enjoyed 72% of possession.

They were punished after the break as Dimitrios Giannoulis poked in the opener from close range in the 63rd minute after a one-two with Chuba Akpom and substitute Zivkovic made it 2-0 in the 75th with a sweet shot inside the near post.

Rafa Silva pulled one back with a stoppage time header but it came too late to avoid an embarrassing defeat which will pile pressure on manager Jorge Jesus, who returned to Benfica during the close season for a second spell in charge.

Having been in charge from 2009 to 2015, Jesus went on to win the elusive double of the Brazilian league title and Copa Libertadores with Flamengo in 2019 but now faces a mammoth task to get Benfica back to winning ways.

Dynamo soaked up pressure on home soil against Alkmaar in the first half before Luxembourg forward Gerson Rodrigues fired them ahead just after the break with a neat finish into the roof of the net thanks to good work by Vitaliy Buyalskiy.

Mykola Shaparenko sealed their passage with a late header after visiting keeper Marco Bizot misjudged Tomasz Kedziora's cross from the right which left the midfielder with the simple task of nodding the ball into an empty net.

Niklas Dorsch headed Gent into a 36th-minute lead against Rapid from a pinpoint Sven Kums assist and Roman Yaremchuk added the second with a penalty on the hour before Yusuf Demir netted a stoppage time consolation for the visitors.

Bayern Munich’s Kingsley Coman is self-isolating at home three days before the start of the new Bundesliga season after coming into contact with a person infected with the coronavirus, the European champions said on Tuesday.

Coman, who scored the winning goal in last month’s Champions League final against Paris St Germain in Lisbon, is likely to miss Friday’s opening game of the new German campaign at home to Schalke 04 as Bayern begin the defence of their title.

“Kingsley Coman is not currently taking part in training. The 24-year-old attacker has been in contact with a person infected with the coronavirus and is in now undertaking a period of isolation at home,” said a club statement without specifying how long.

“His coronavirus test on Sunday produced a negative result. Coman will keep himself fit at home with remote virtual training sessions,” Bayern added.

© Copyright 2021 Reuters Limited. All rights reserved. Republication or redistribution of Reuters content, including by framing or similar means, is expressly prohibited without the prior written consent of Reuters. Reuters shall not be liable for any errors or delays in the content, or for any actions taken in reliance thereon.
Related News: Benfica, PAOK Salonika, Andrija Zivkovic, Bayern Munich, Kingsley Coman
SHARE THIS STORYCOMMENT
Print this article 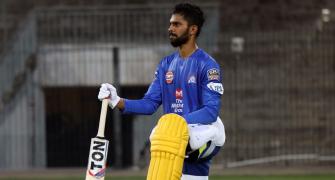 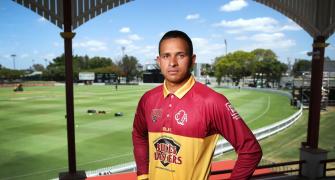 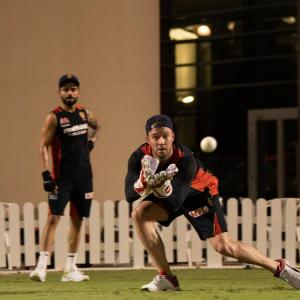