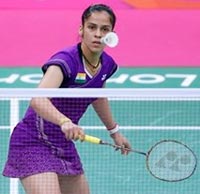 Ace Indian shuttler Saina Nehwal was on course for her third consecutive Swiss Open title as she stormed into the semi-finals of the Grand Prix Gold tournament after thrashing Tzu Ying Tai of Chinese Taipei in Basel.

Saina now play fourth seed Shixian Wang of China in the last year, whom she had beaten in the final last year and against whom she has a career head-to-head record of 4-1 with the Indian having won the last four encounters between them.

The Indian had also defeated Wang in the quarter-finals of the All England Badminton Championships early this month.

Saina was in rampaging form in her match against Tai as she dictated terms over her opponent by virtue of her dominating net play and rallies.

The London Olympics bronze medallist Indian was up 10-3 in no time in the first game though the Chinese Taipei player reduced the gap to 14-10. From there, Saina reeled of five straight points to take the first game without much sweat.

The second game was no different and Tai was able to compete with Saina till 3-3 and from there on, the Indian led till the end.

Saina did not relax a bit as if she wanted to end the match quick and conserve energy for the next match. From 13-6, she cruised to 20-10 up and wrapped up the match.

Barring Saina, all the other Indian shuttlers have already crashed out of the tournament. 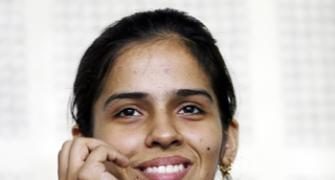 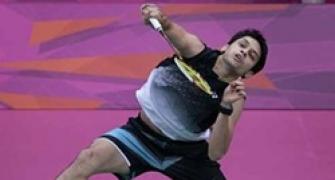 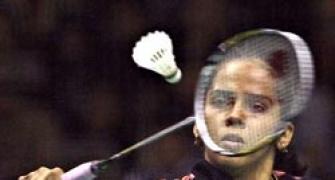 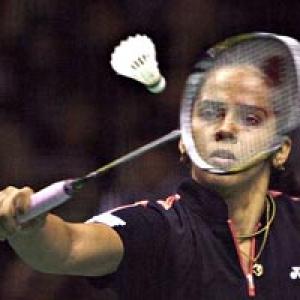 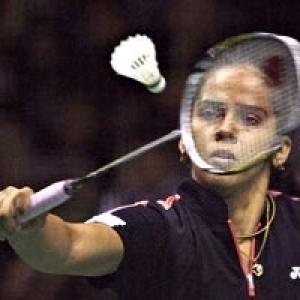